Kim Kardashian is always up for a black tie moment.

The SKIMS founder, 41, attended BFF Paris Hilton’s wedding to Carter Reum on Nov. 11, wearing a black Balenciaga ballgown, featuring an open cutout in the center of her chest and a long, billowing skirt.

She accessorized with black boots, black hoop earrings and a sleek braided ponytail with dramatic smoky eyeliner to complete her monochromatic look.

At the over-the-top bash, Kardashian and Hilton seemed to joke about the origins of their relationship, with Kim fluffing the bride’s veil as an homage to her past as her assistant and closet organizer. 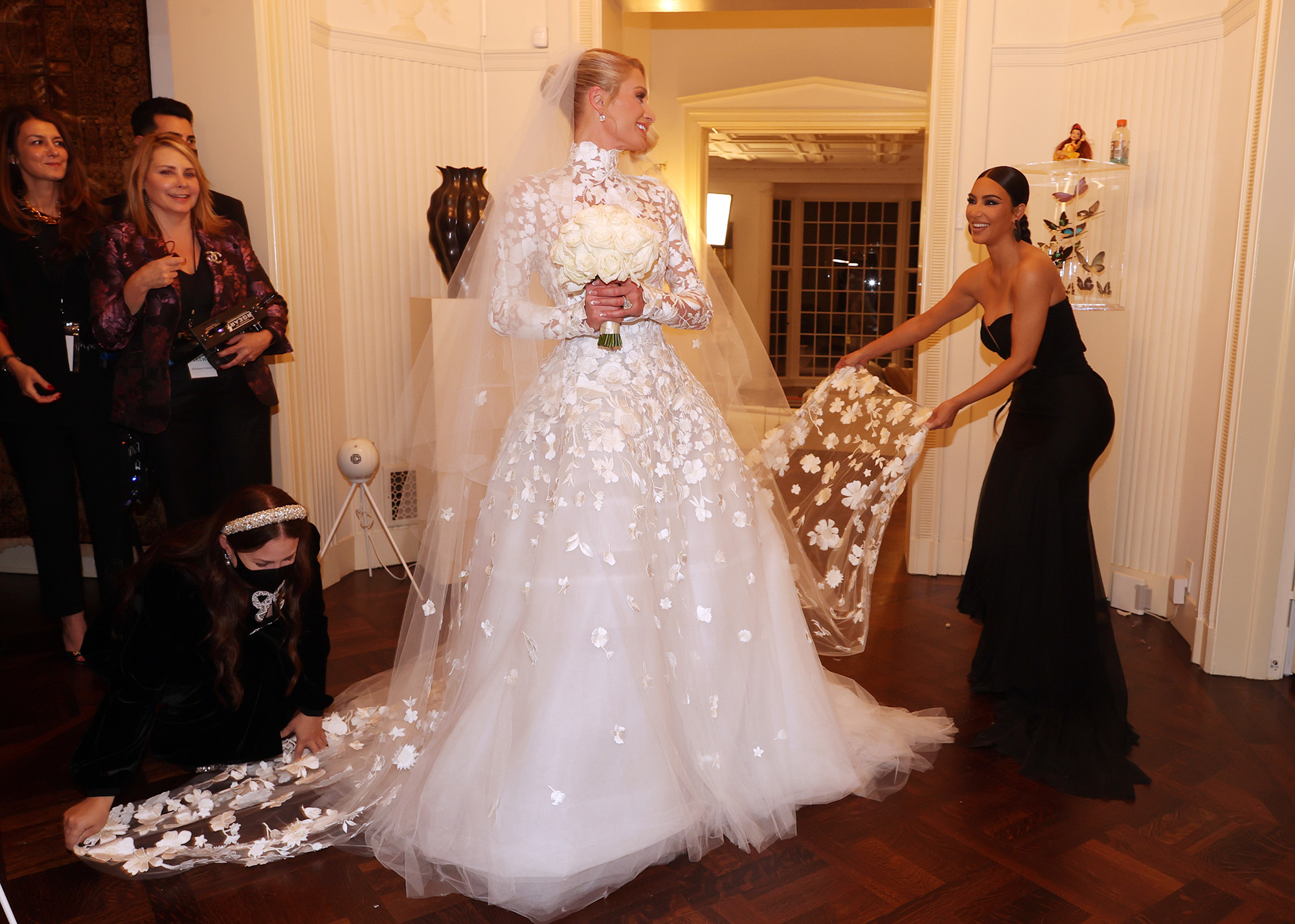 Kardashian was in good company, too; she posed for photos with Kimora Lee Simmons, who also wore black and was seated next to Nicole Richie, though it appears Kim was the only representative from her famous family at the bash — and left rumored boyfriend Pete Davidson at home after Page Six exclusively reported she would show up solo. 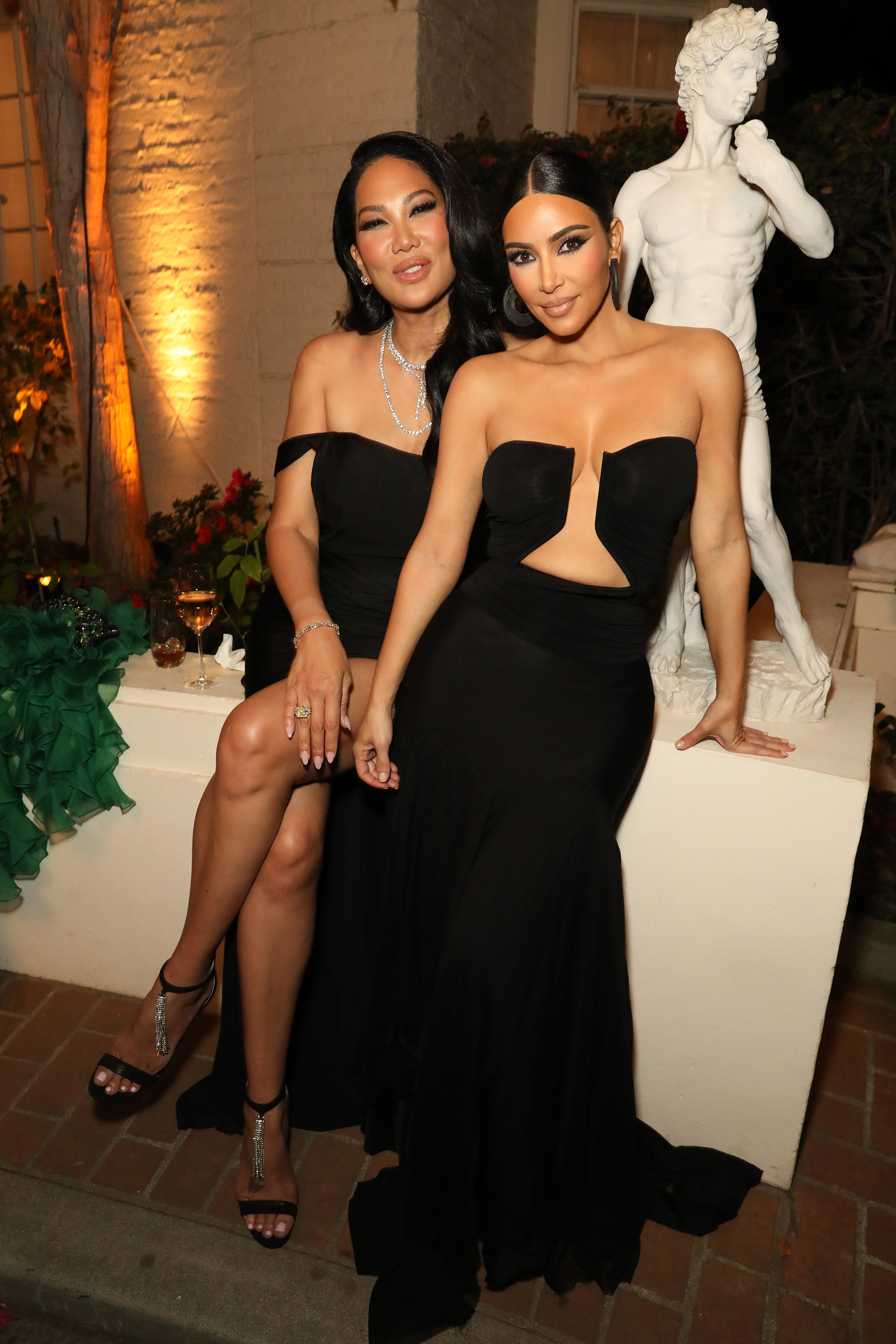 However, there were tons of other celebrities like mother of the bride and “RHOBH” star Kathy Hilton and sisters Kylie Richards and Kim Richards, Demi Lovato, Bebe Rexha, Paula Abdul, Emma Roberts and more.

As for the bride, Hilton was decked out in at least four white dresses throughout the night, including a voluminous long-sleeved Oscar de la Renta gown she wore down the aisle. 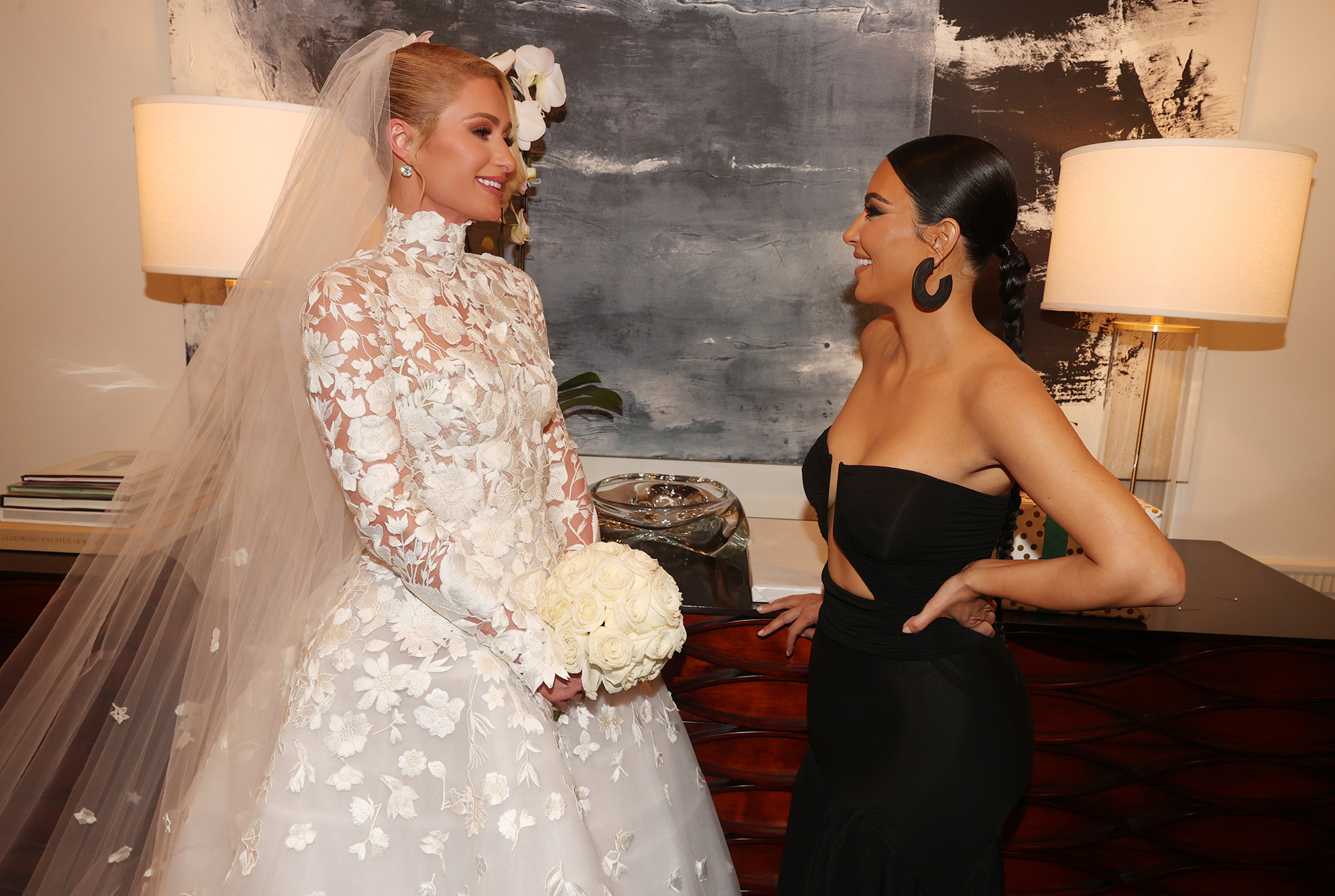 Page Six exclusively confirmed the three-day affair would include a ceremony and reception at the reality star and heiress’ late grandfather Barron Hilton’s $65 million Bel-Air estate after she changed the ceremony venue weeks ago.