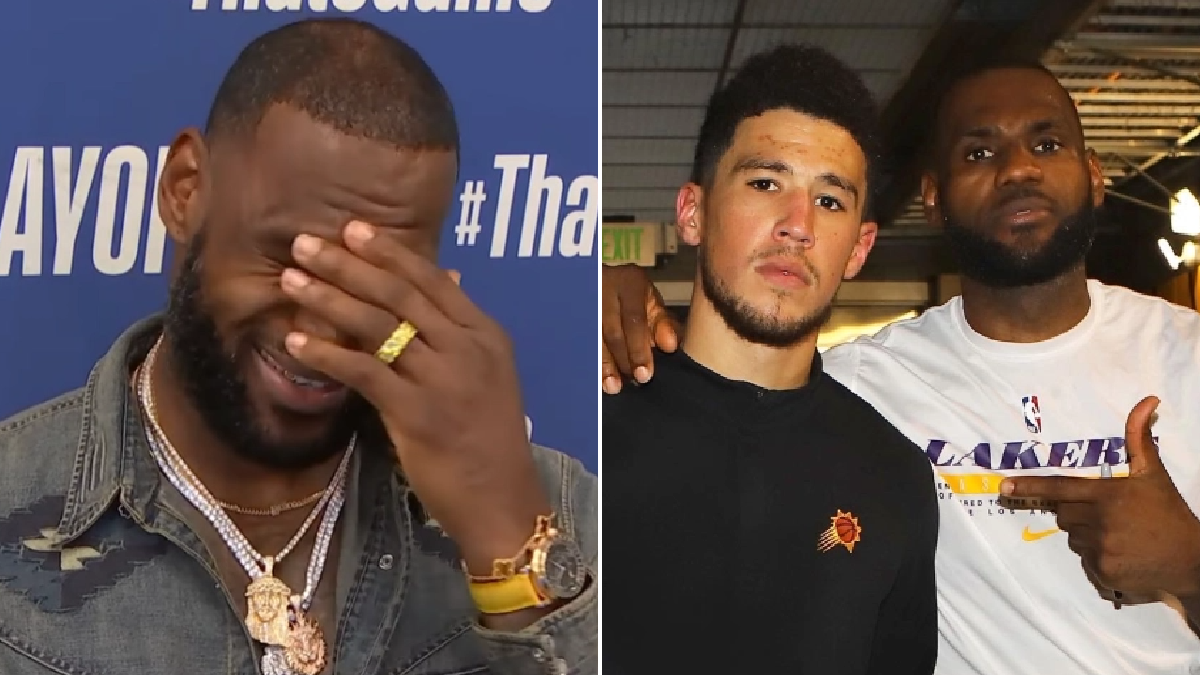 LeBron James has suggested the Los Angeles Lakers’ playoff exit at the hands of the Phoenix Suns could be a blessing in disguise as the team look to get healthy again in the off-season, while he lauded Devin Booker.

The reigning NBA champions, who lost Anthony Davis to injury after just five minutes, were stunned on Thursday night as the Suns claimed a comfortable 113-100 victory at the Staples Centre to seal a 4-2 series win.

Incredibly, James had won his previous 14 first-round playoff series games – a record streak – but exited at the first hurdle for the very first time in his career, though he was relatively upbeat after the defeat.

Asked about his run ending, LeBron said: ‘Listen, as I tell you all throughout the season, every season is different, every challenge is different.

‘To be able to put myself where I can even have accomplishments – to either be broken or to be able to continue it – it’s all though the grace of the man above and me just putting a lot of hard work in, having great teammates, having great coaching staff, things of that nature.

‘So records – if that’s a record – they’re always meant to be broken.

‘So in that fashion it doesn’t matter to me in so far as not making it out of the first round, what matters to me is getting this team back healthy.

‘Me not being able to be at my full strength throughout this series, that’s my main focus. But time to readjust and think about what the off-season has in store.’

Suns star Booker was superb throughout the series, scoring another 47 points on Thursday night, and he received a signed shirt from James after the game with the Lakers icon full of praise for his young counterpart.

‘First of all I love everything about D-Book,’ said LeBron. ‘I’ve had numerous conversations with him in the past. He continues to make the jump.

‘And when you want to be great in this league, and as Kobe told him, if you want to be legendary in this game you’ve got to continue to improve, not only your game but you as a man, everything, both on and off the floor.

‘And all the conversations we’ve had over the years, I can tell he’s soaked them up and is using them to his advantage.

‘Everyone sees what he’s able to do on the floor right now, but I think his maturity, him as a young man, is what I’m most impressed about. So I love everything about Book.’

For more stories like this, check our sport page.