A LETTING agency’s No DSS policy discriminated against a single mother, a court ruled.

The mum of two, 44, had inquired about renting a two-bedroom property in York but was told it was not possible as she received housing benefit. 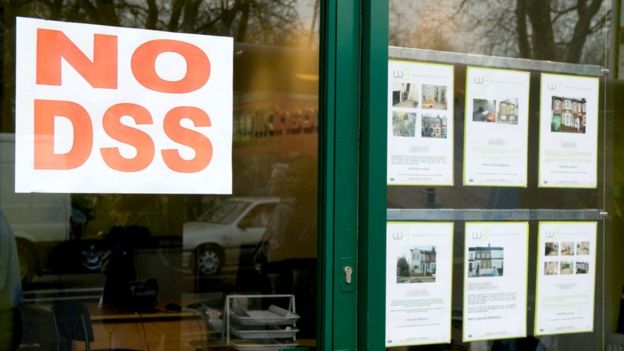 But the city’s county court ruled that she had been indirectly discriminated against owing to her sex and disability.

The woman and agency were not named.

Housing charity Shelter said the ruling is "a huge breakthrough" for its End DSS Discrimination campaign and a "clear warning" to landlords.

Chief executive Polly Neate said: "This momentous ruling should be the nail in the coffin for 'No DSS' discrimination.

"It will help give security and stability to people who unfairly struggle to find a place to live just because they receive housing benefit.

"Shelter's 'No DSS' campaign has had a tough fight for people's right to a safe home. "

Rose Arnall, the Shelter solicitor who led the case, said: "This is the first time a court has fully considered a case like this.

"It finally clarifies that discriminating against people in need of housing benefit is not just morally wrong, it is against the law."

After the woman was rejected by the letting agency, she was made homeless and she was forced to move into a hostel with her children.

She said: "I was shocked and found it very unfair that they wouldn't even give me a chance."