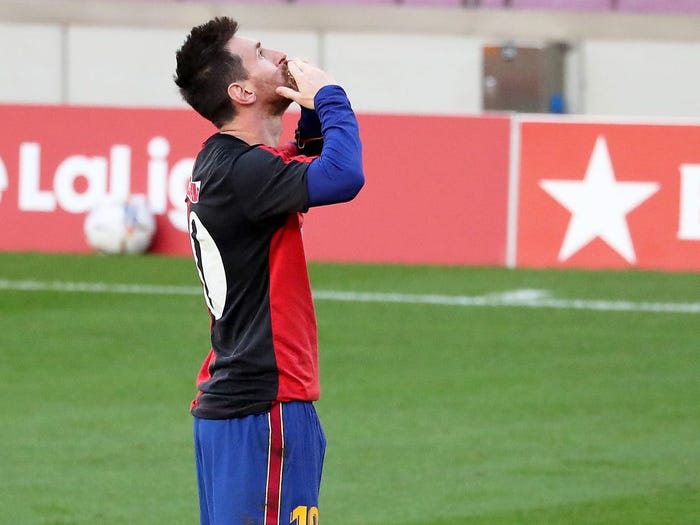 Messi netted his goal in the 73rd minute to cap off a 4-0 victory over Osasuna. While celebrating the goal, Messi took off his Barcelona jersey to reveal a Newell's Old Boys Maradona jersey underneath.

Messi raised his hands, a tribute to Maradona's own goal celebration, and looked upward in an emotional moment.

Maradona had played for Newell just as Messi was beginning his youth career for the Argentinian club. Later in his career, Messi played for Maradona as a part of the Argentin national team.

Messi's tribute to Maradona came as a surprise to his teammates, as Antoine Griezmann revealed after the game.

"We didn't know what Messi had prepared in tribute to Maradona. It was a beautiful surprise," Griezmann said.