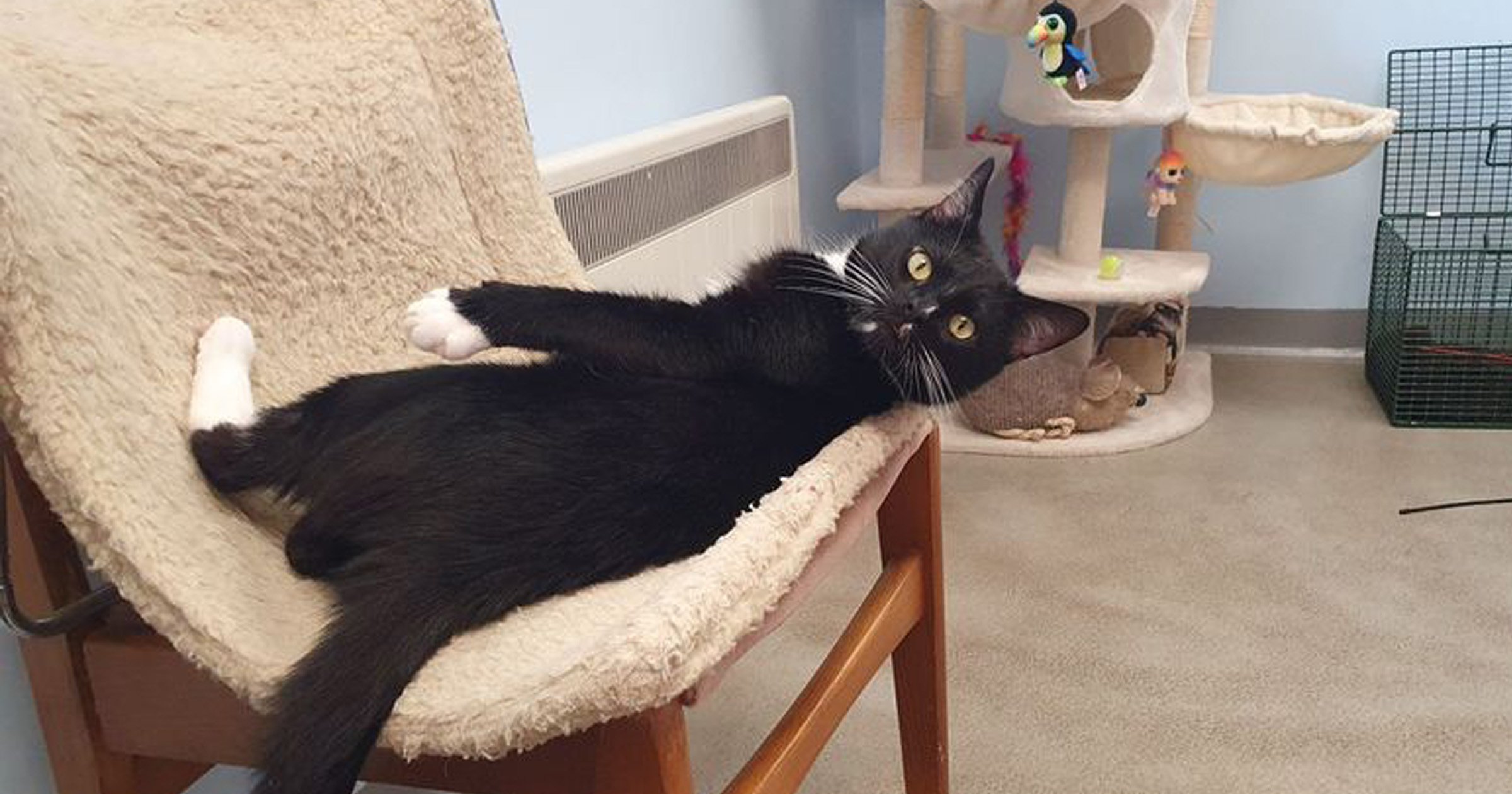 An adorable black and white is looking for a new home after being in a shelter for over a year.

The RSPCA is appealing for pet-owners to adopt ‘lonely’ Sox who has became their longest ever resident.

Sox was taken into care at the RSCPCA’s Warrington, Halton and St Helens Branch in July 2020, and he is still waiting to find a loving family 400 days later.

The kitty was originally taken in because of worries about his safety – but carers at the centre say his confidence has grown since he was rescued.

‘Sox was very frightened when he arrived but has come on leaps and bounds to being handled and likes to pad on the laps of those he’s comfortable with,’ says Jenny Lamb, from the Warrington, Halton and St Helens branch.

‘Poor Sox hasn’t had many enquiries and all his friends have now found their new forever homes. He is still getting used to being picked up and can be nervous, which is holding him back.

‘He truly deserves to have a home to call his own after such a bad start in life. He really is a special boy who needs a special home where he can carry on his progress.’

The RSPCA centre is nearing full capacity, as 15 of the 18 spaces they have available are taken up by cats still looking for homes. Staff can’t figure out why nobody has chosen to adopt Sox.

‘Sox has made amazing progress and we hope in a home environment, with more one-on-one time, he will progress even further as with people he knows, he is super affectionate and really enjoys receiving attention,’ adds Jenny.

‘He happily plays with toys by himself but also loves a good game of chase with a teaser stick. He is a very chatty boy who enjoys being kept occupied with puzzles and enrichment.

‘If you think you could be the one for him then please get in touch.’