Hindus celebrate the arrival of spring with the Holy festival

Maha Shivarati is on Thursday, March 11, and is a Hindu festival which takes place each year to honour the god Shiva. In Hinduism, Shiva is the third god in the Hindu triumvirate – which is made up of three gods who are responsible for the creation, upkeep and destruction of the world. Alongside Shiva in the Hindu triumvirate are Brahama and Vishnu.

Brahama is said to be the creator of the universe, Vishnu is the preserver while Shiva destroys the universe so it can be remade.

Shiva is often depicted with a white body, but often pictures can show him with a blue body.

Distinctive features in depictions of Shiva include a third eye, cobra necklace, vibhuti and a trident to represent the triumvirate.

Maha Shivaratri is a major Hindu festival and is a solemn one occurring once a year.

Read More: Holi colours meaning: What is the significance? 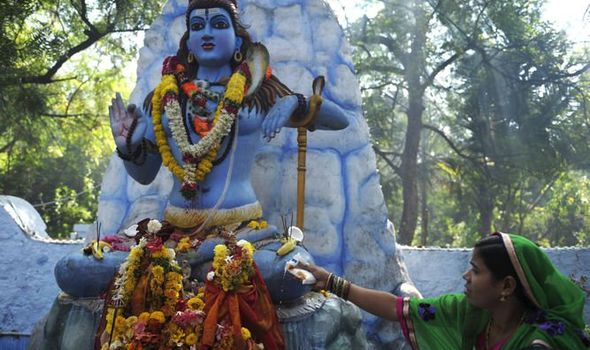 The term Maha Shivaratri means the Great Night of Shiva and falls on the 13th night and 14th day of the New Moon.

The festival is observed with fasting, remembering Shiva, chanting and meditating.

How to do Shiva Puja

There is a certain order to the day, with specific tasks to be done in observance. 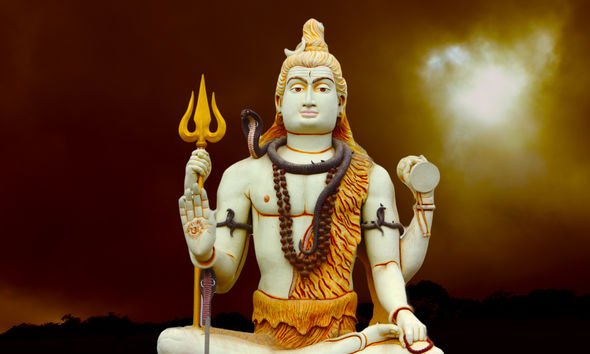 On Shivrati day, those observing should wake early and take a holy bath in a sacred river if possible.

If this can’t be done, you can bathe in water boiled with sesame seeds – this is to get rid of impurities.

After bathing, new clothes are worn and the observers visit a nearby Shiva temple.

Those commemorating the day can offer items like honey, milk, flowers, new clothes and fragrances to sponsor a holy bath for Shiva. This is a practice known as Shiva Puja.

This can also include chanting the divine names of Shiva.

After Shiva Puja, devotees decorate the idol with a selection of pastes, flowers and clothes.

This can include Tumeric paste, sandal paste, vermillion, bilva leaves and flowers. You can also add incense and ring temple bells.

The Times of India explains next the Camphor light is waved in front of the idol, and arati songs are sung. 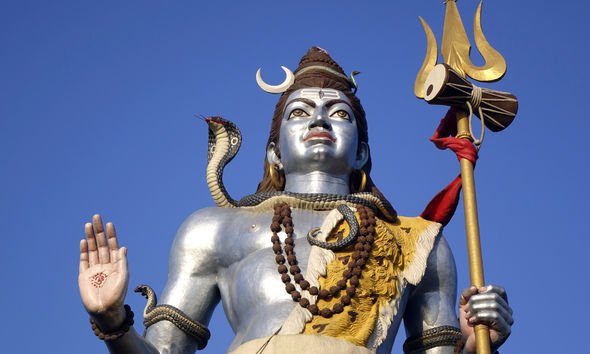 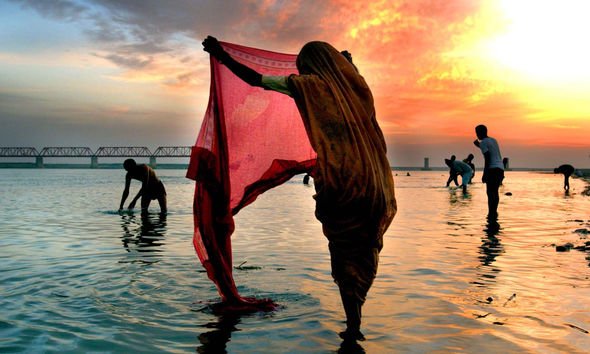 When to fast on Maha Shivarati

Maha Shivrati is on Thursday, March 11, and fasting will begin at dawn.

Observers should take Sankalp or a solemn vow – to commit to a full day fast.

In Sankalp, devotees promise self-determination and ask for blessings from Lord Shiva to help finish the fast.

Food can then be eaten the next day.

What do you chant on Maha Shivrati?

This is one of the most popular Shiva mantras, and translates to I bow to Lord Shiva.

If chanted 108 times a day, Times Of India says the mantra will help purify your body and bring blessings from Lord Shiva.

This mantra is to ensure your wishes are fulfilled alongside blessings from Lord Shiva.

This is said to be one of the most powerful mantras in Hinduism.

The Shiva Gayatri mantra is believed to give peace of mind and please Lord Shiva.