Yes, Crystal Palace had a stroke of luck with their second, a penalty that should never have been given in the first place, let alone been retaken. 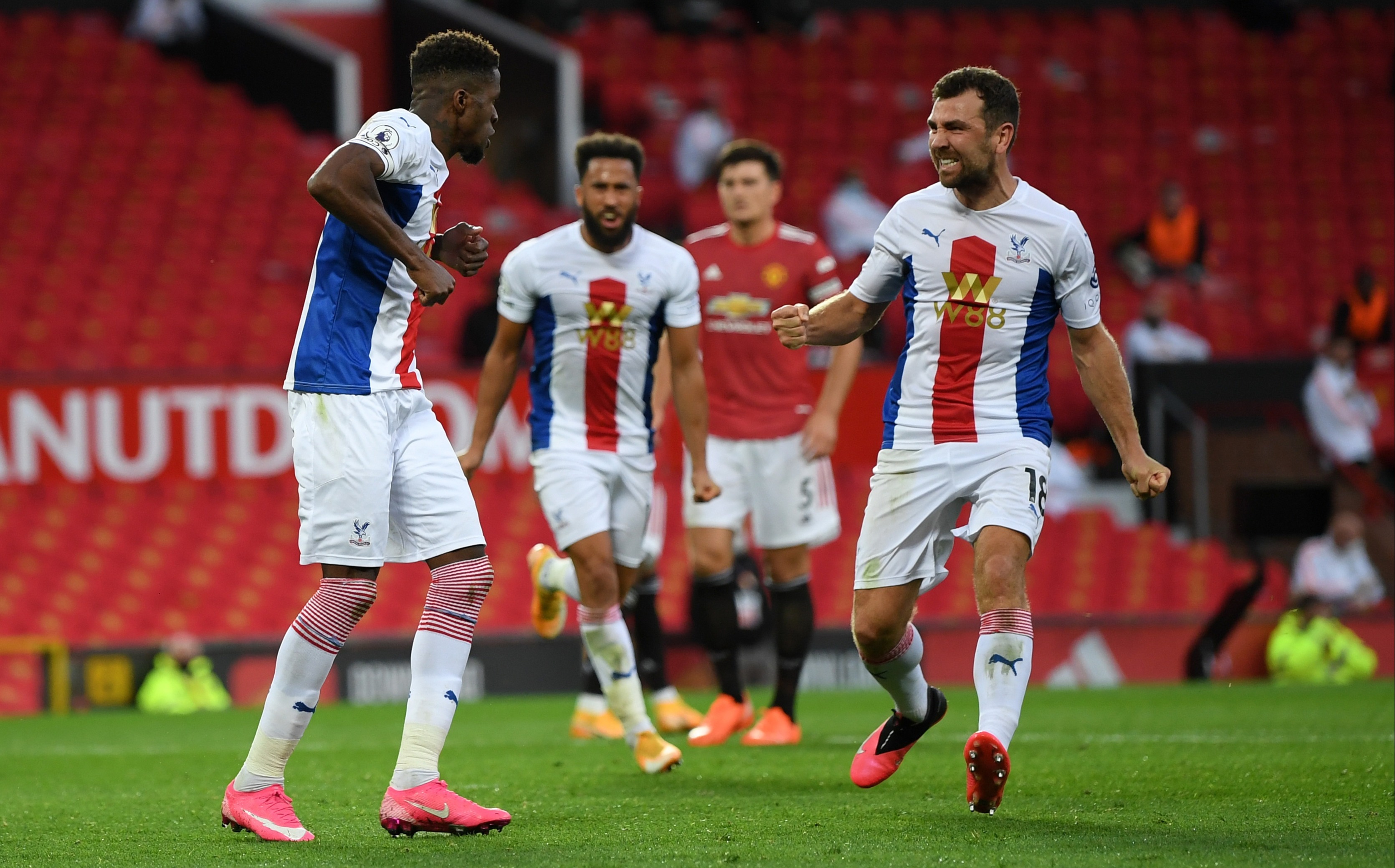 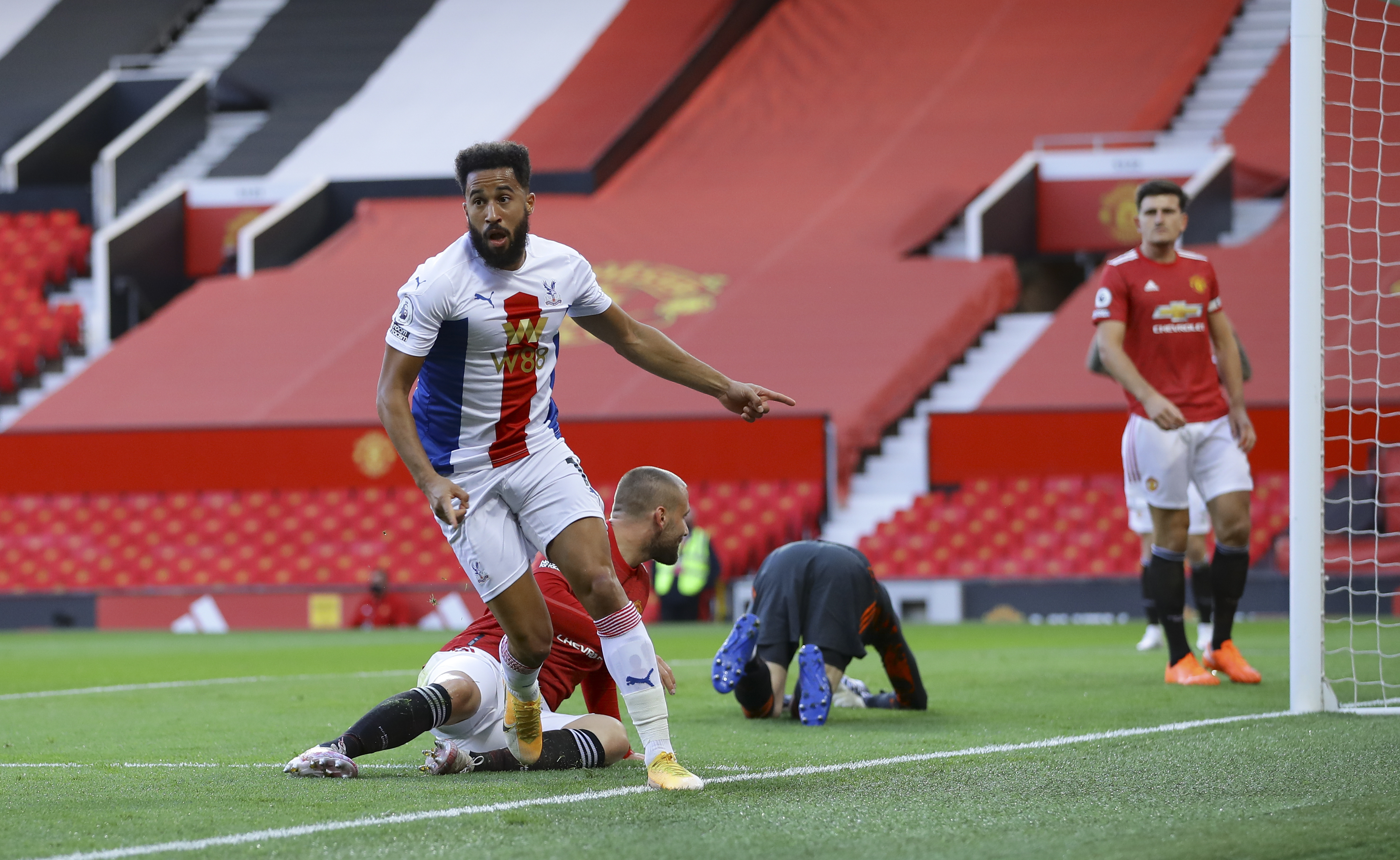 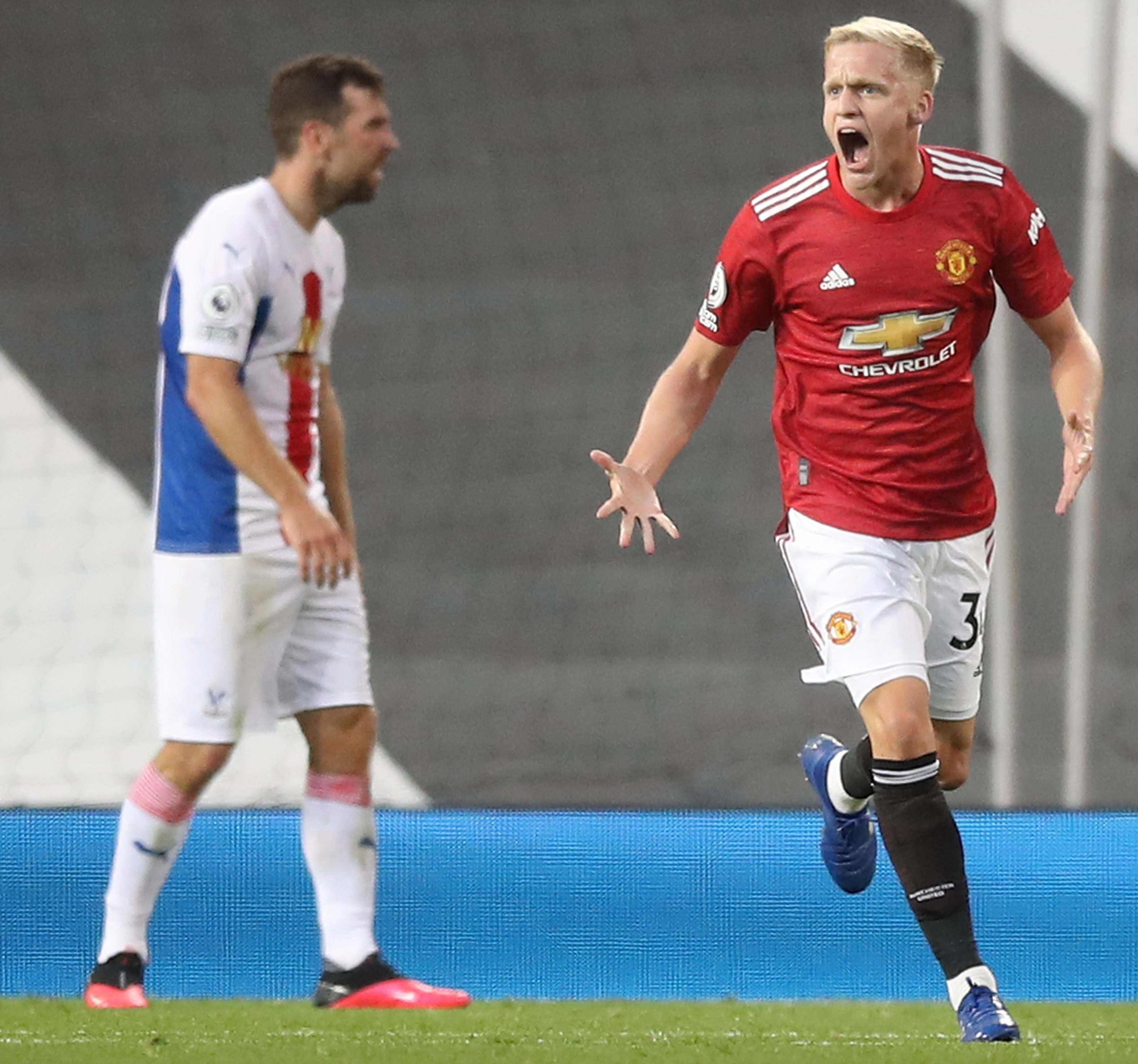 But do not let that give the impression Roy Hodgson’s men committed some sort of modern day highway robbery at Old Trafford.

They were good value for all three points. They scored three, but they could have finished with even more and the ones who should thank their lucky stars were the men in red.

Thank their lucky stars that they weren’t on the wrong end of an even greater hiding. Palace were so far the better team and Manchester United were so woeful.

Two goals for Wilf Zaha, back on the stomping ground where he didn’t cause so much of a ripple when he was on the books, after an opener from Andros Townsend.

Not a Palace player appealed. Play went on and we thought nothing of it. But then amazingly, ref Martin Atkinson was painting a square in the air and pointing to the spot.

Nothing to do with England’s misuse of Mason Greenwood when Solskjaer was calling for him to be given a rest.

You couldn’t really blame any of those things for the display, as poor an opening game display from United as there’s been in the Premier League era.

An era in which United had won more first games than any other, with 19. From the start you wouldn’t have put a bean on them making it 20 though – they were woeful from the off.

First, though, the one contentious decision that DID leave Solskjaer rightfully raging, one which effectively sealed it for Hodgson’s team.

They were already a goal to the good and deservedly so, thanks to Townsend’s brilliant opener.

There were still 20 minutes left when Jordan Ayew seemed to have blown the chance to double the lead by flicking a poor shot against Victor Lindelof, which arced up for David De Gea to save. 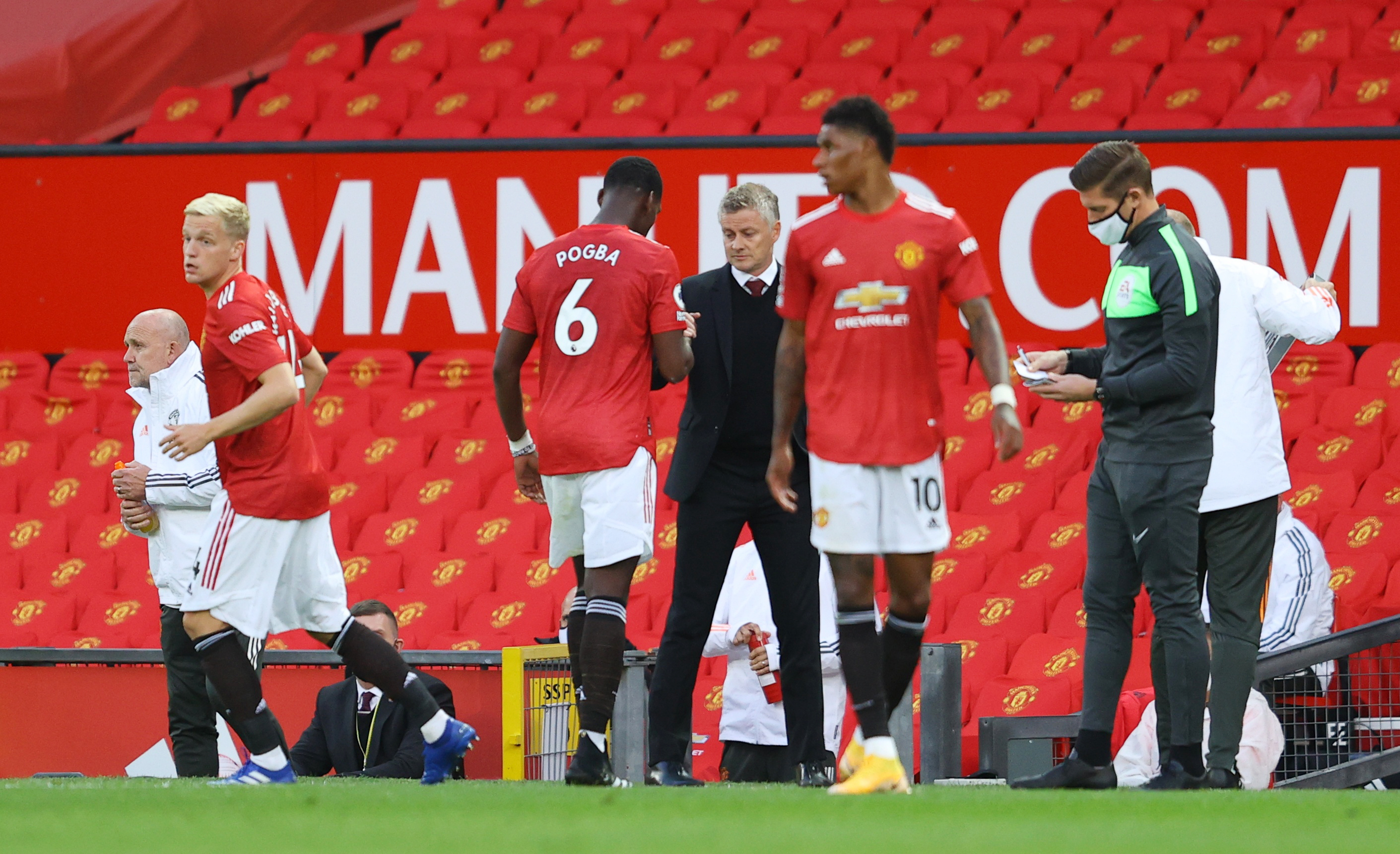 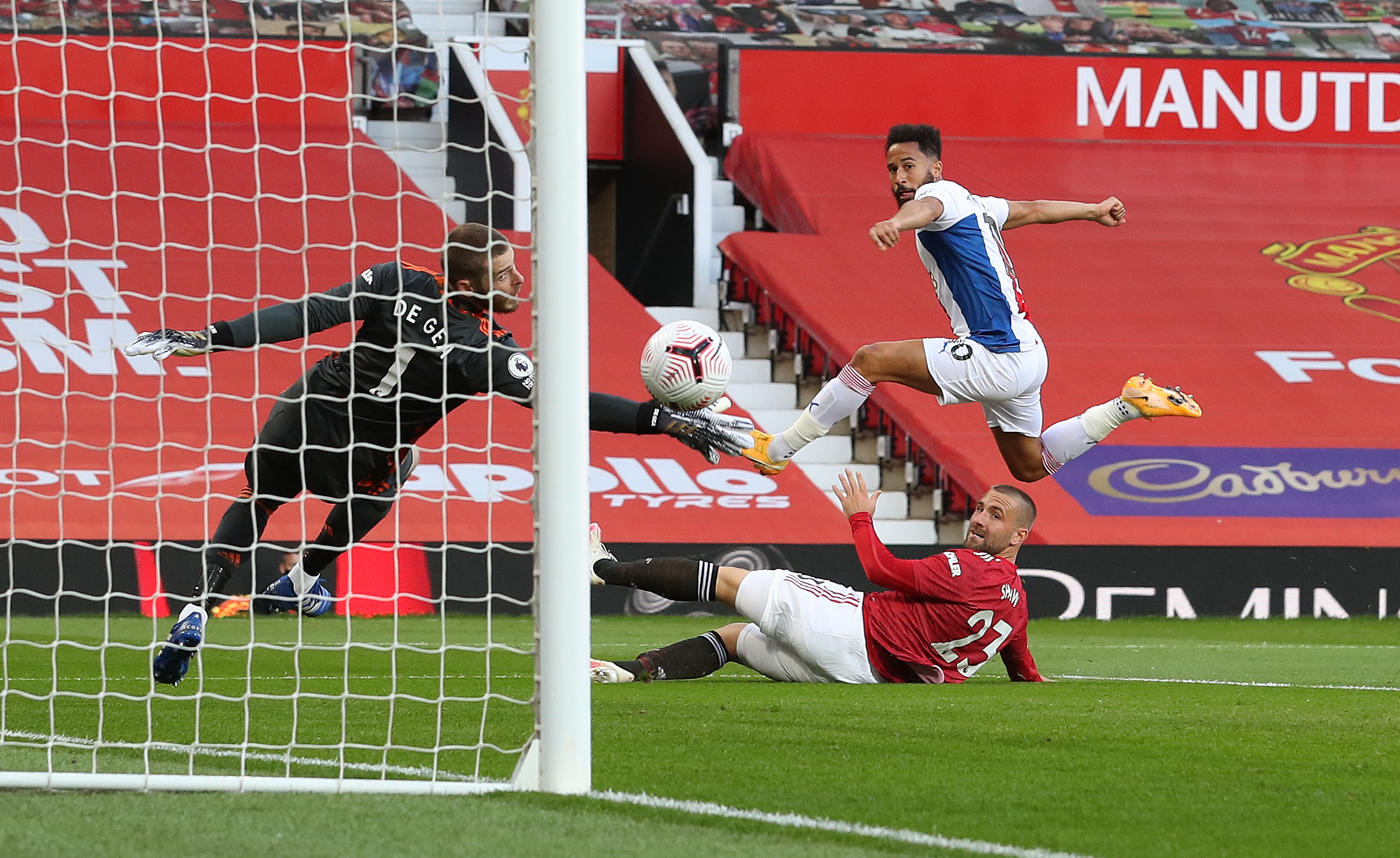 Not a Palace player appealed. Not a ripple of a moan from the touchline. Play went on and we thought nothing of it.

But then amazingly, incredibly, ref Martin Atkinson was painting a square in the air and pointing to the spot, after a VAR check no-one even thought would take place.

So how fitting, then, that De Gea produced a stunning stop to get down to Ayew’s no-run-up spot kick and smother it.

Danger averted? Not a bit of it, because 30 seconds later Atkinson was again pointing to the spot and Paul Pogba, more animated than he had been before he was dragged off, was leaping to his feet in protest on the sidelines.

This time replays showed De Gea was an inch off his line, instead of having a toe planted there.

This time former United flop Zaha took the ball, and this ytime it ended up in the top of the net.

No wonder those in red, on the pitch and in the dugout, ranted and raved. They had a case to argue.

What they didn’t have, though, was a justified argument that it was a decision that was going to rob them of a point or more that their performance merited.

So there was something quite fitting, quite apt, quite silencing, about the fact Zaha then conjured up a sparkling third goal five minutes from time to end all that.

For make no mistake, had United got anything out of this game that would have been the only daylight robbery. 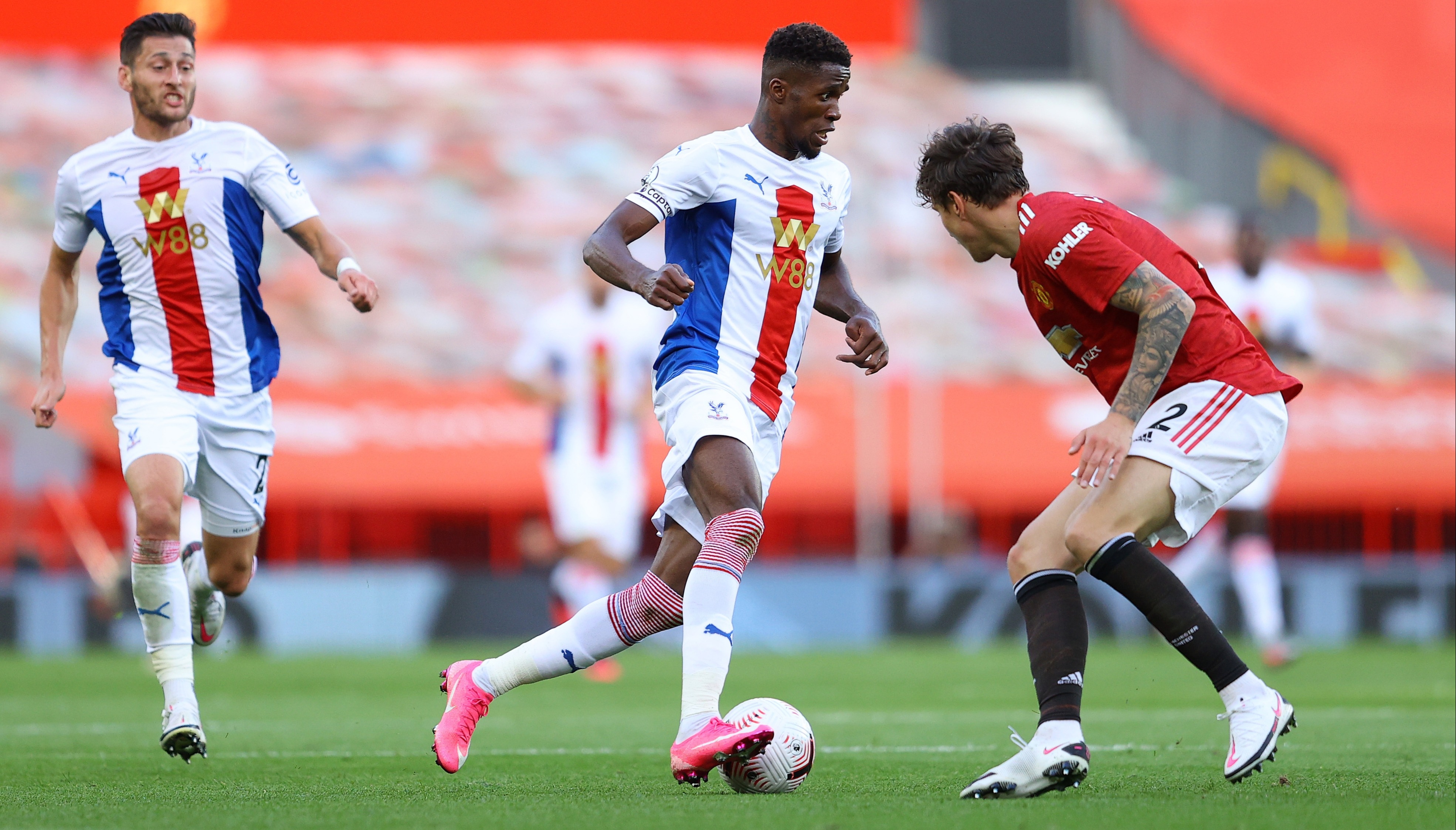 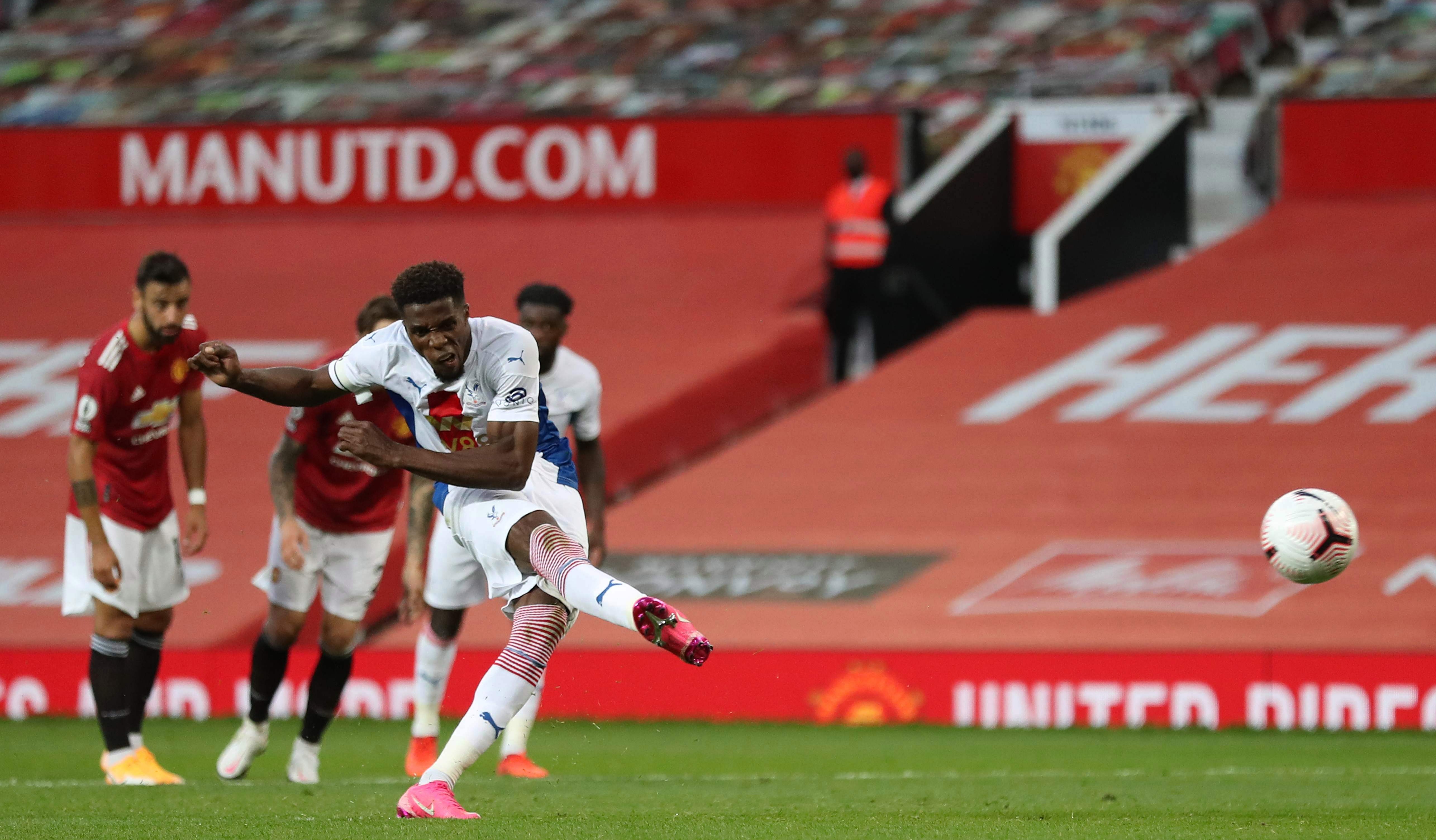 As it was there only goal came from a superbly crafted goal that was everything that ws good about the visitors, and pitiful about the home side.

When young Tyler Mitchell clipped a ball down the left for Jeffrey Schupp to chase, Lindelof lumbered after him like a walrus chasing a whippet.

In fairness to De Gea – let’s face it, did you really expect Dean Henderson to get the nod ahead of him – the United keeper did well to even get a hand to it.

Just as he did to somehow turn over Schlupp’s scorcher or Palace would have doubled their lead – deservedly as well – even before the half time tea had brewed.

Pogba couldn’t find a team-mate in red, Maguire and Lindelof played as though they’d only met half an hour before kick off.

Greenwood had been thrown on in the second half to try and rescue it – so much for needing a rest eh – but merely contrived to miss a point blank header.

Then came that spot kick farce, and although debut boy Donny van der Beek, replacing Pogba from the bench, sidefooted a hope-raiser, Zaha quickly snuffed it out.

So here we are. One game down and already Solskjaer a man under the spotlight for a lack of signings.

It may have been the shortest of summers, but it’s already looking like being the longest of winters for many inside Old Trafford. 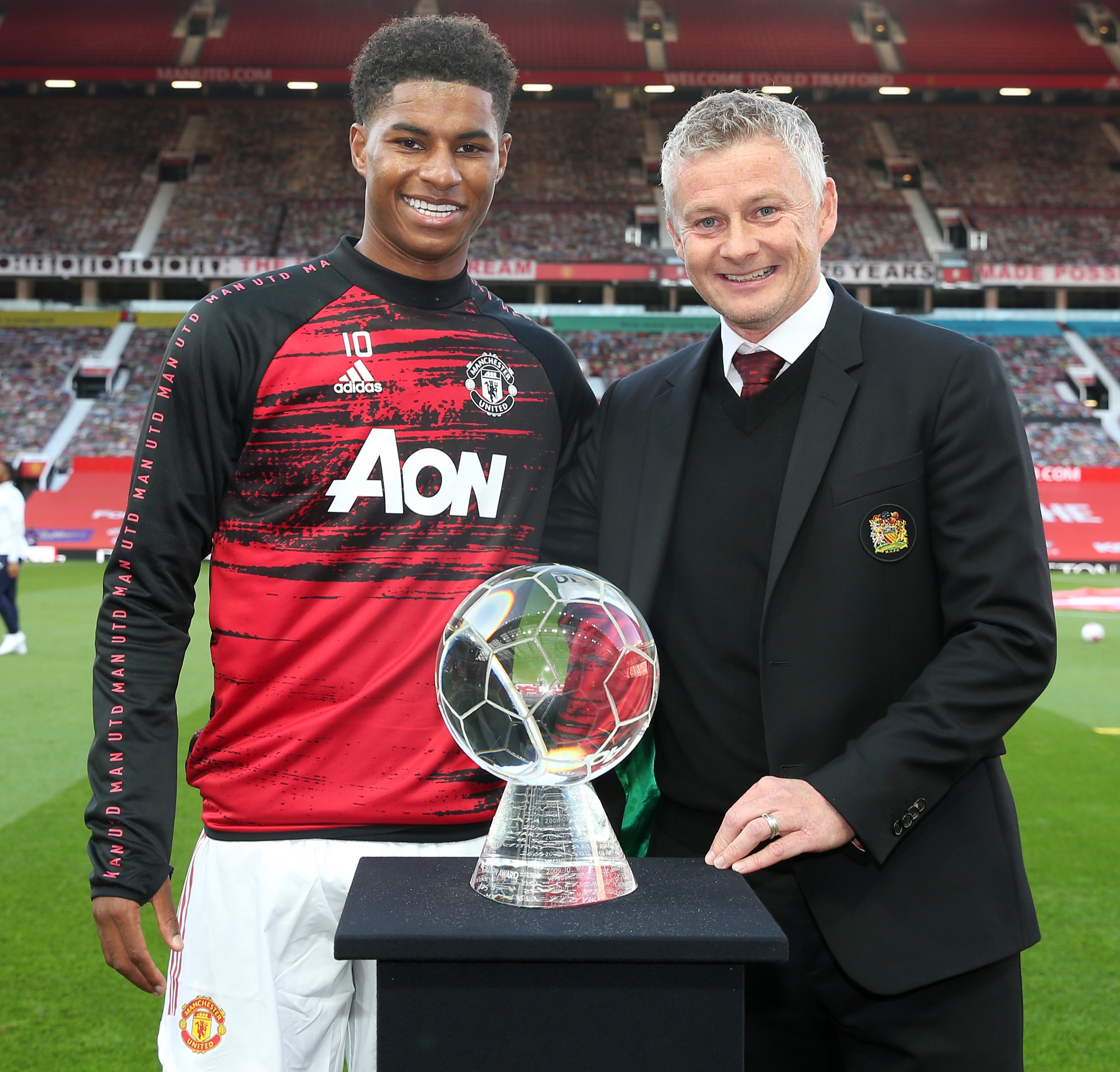