MANCHESTER UNITED boss Ole Gunnar Solskjaer has hit out at his side's fixture schedule and said dates are decided by 'people who have never played football'.

The Red Devils booked their place in the Europa League final with an 8-5 aggregate victory against Roma. 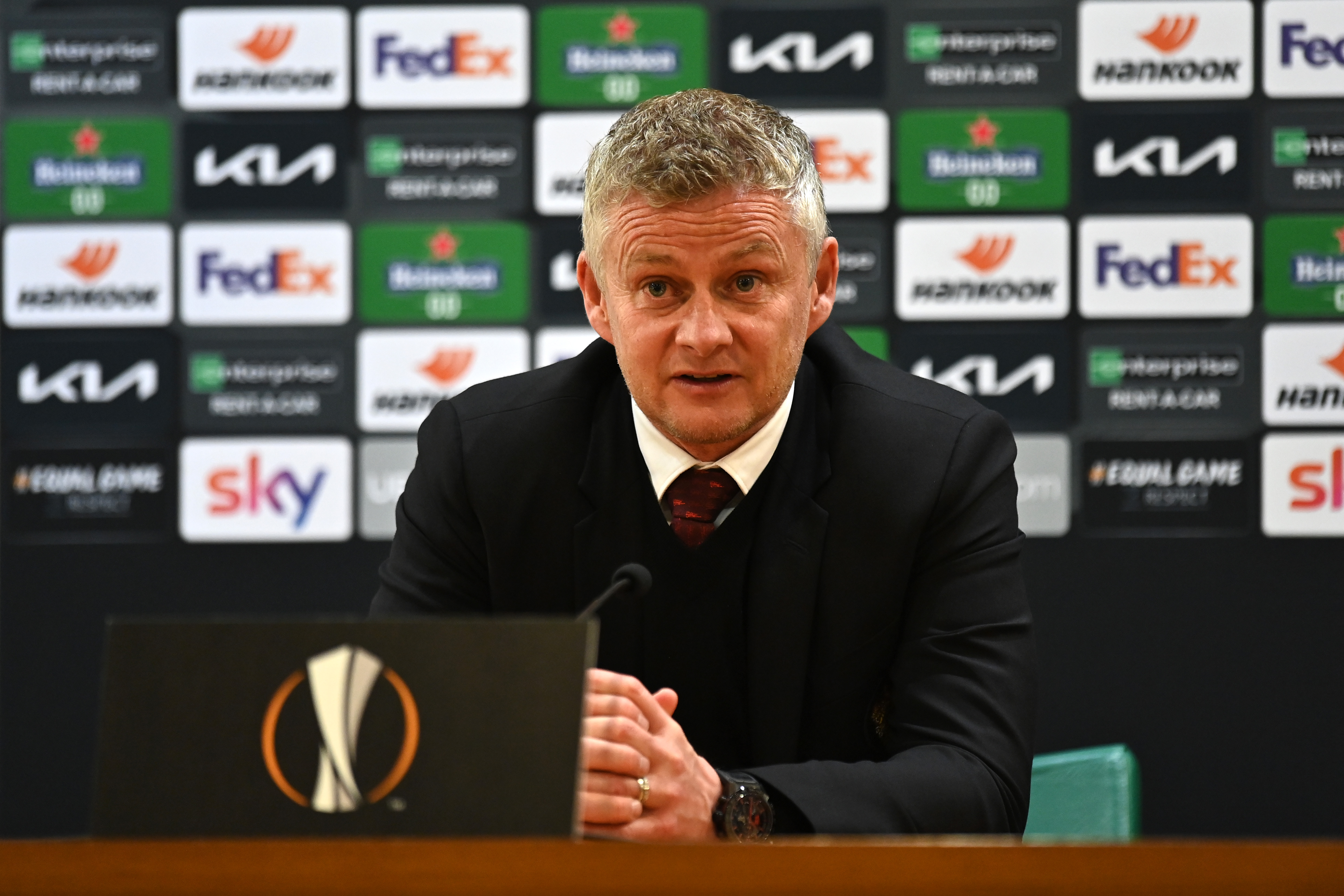 But it means Solskjaer's side are facing the prospect of playing six games in just 17 days.

Next up is an away trip to Aston Villa on Sunday followed by a home game against Leicester on Tuesday.

United's re-arranged clash against Liverpool, that was postponed following the huge Old Trafford protest against the club's owners the Glazer family, is on Thursday.

On May 18 United host Fulham, May 23 is Wolves away before Solskjaer leads his troops into the Europa League final to take on Villarreal on May 26.

Speaking to BT Sport about the fixture pile-up, with four games in a WEEK, Solskjaer said: "It's unheard of. It's made by people who have never played football at this level.

"It's physically impossible for the players. We have not been dealt a good hand.

"We are going to need everyone for these four games. It's a short turnaround but we have to be ready."

And while raging at the hectic schedule, the Norwegian is delighted to be in the Europa final.

The 48-year-old added: "It feels good to be in the final. We played one very, very good half at Old Trafford which has taken us through.

"I'm disappointed we lost – especially the way we played in the second half.

"It could easily have been 8-6 to them. It was a strange game. We kept giving them the ball but luckily we have one of the the best keepers in the world. We are in the final and are looking forward to May 26."

No wonder Ole is fuming…

And according to a chief of world players’ union FIFPro Jonas Baer-Hoffmann. their players are at risk of serious injury.

A FIFPro report published yesterday found Europe’s top stars play up to 80 per cent of their minutes in the so-called ‘critical zone’ where risk of injury is high.

Baer-Hoffmann blasted: “United play four games, May 6 to the 13, including travel. This is just not physically possible.”