MANCHESTER UNITED youngster Anthony Elanga made his Premier League debut against Leicester City as Ole Gunnar Solskjaer turned to the academy because of the fixture pile-up.

The teenage Swede, 19, started on the left wing on Tuesday with United set to play again on Thursday. 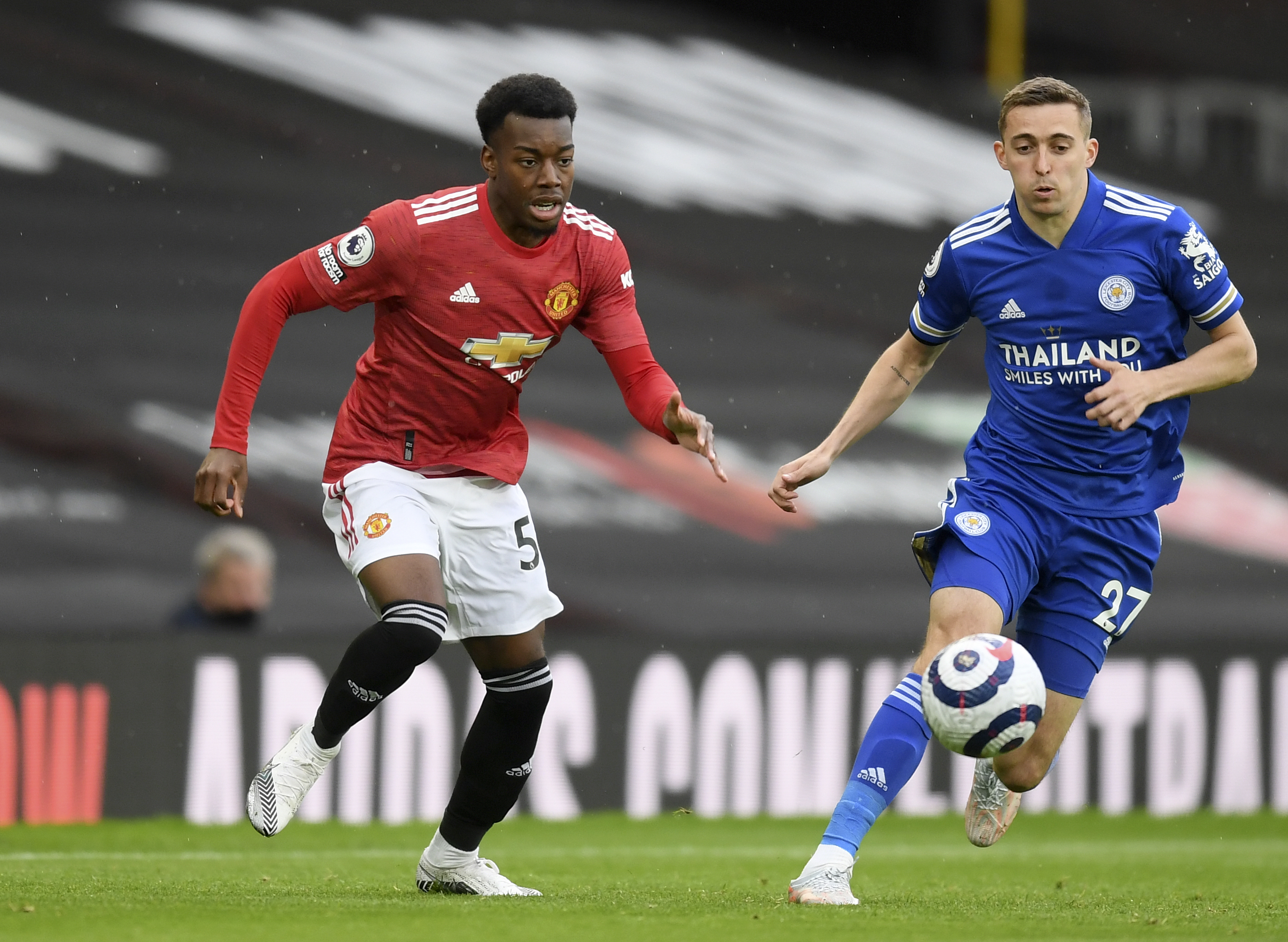 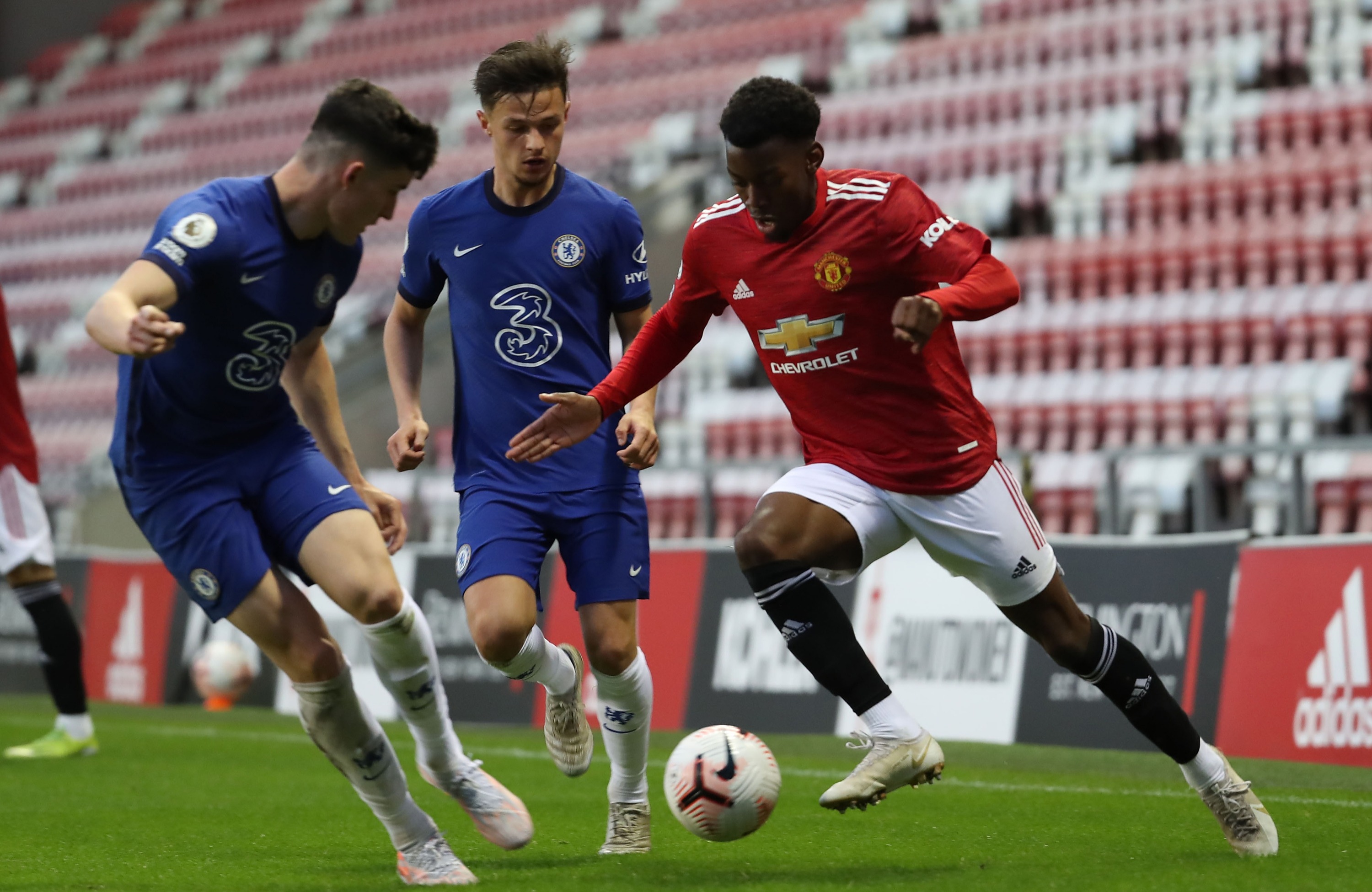 The youth star has impressed for the Under-23s this season but his lack of experience means he is yet to even have a page on Wikipedia.

There's no doubt he will have one very soon, however, with his 11 goals in 20 U23 games and show of faith from Solskjaer proving he has a bright future – even after he missed a month of this season because of a fractured collarbone.

Along with Amad Diallo, who also started against the Foxes, Elanga is the latest talent off the United conveyor belt.

His dad Joseph Elanga was a professional footballer, who earned 17 caps for Cameroon and was called up to the 1998 World Cup squad.

Last season, Anthony was handed the prestigious Jimmy Murphy Young Player of the Year award, which has previously been won by first-team Marcus Rashford and Mason Greenwood.

In March, Elanga was rewarded for his rapid progress with a new long-term deal at Old Trafford. 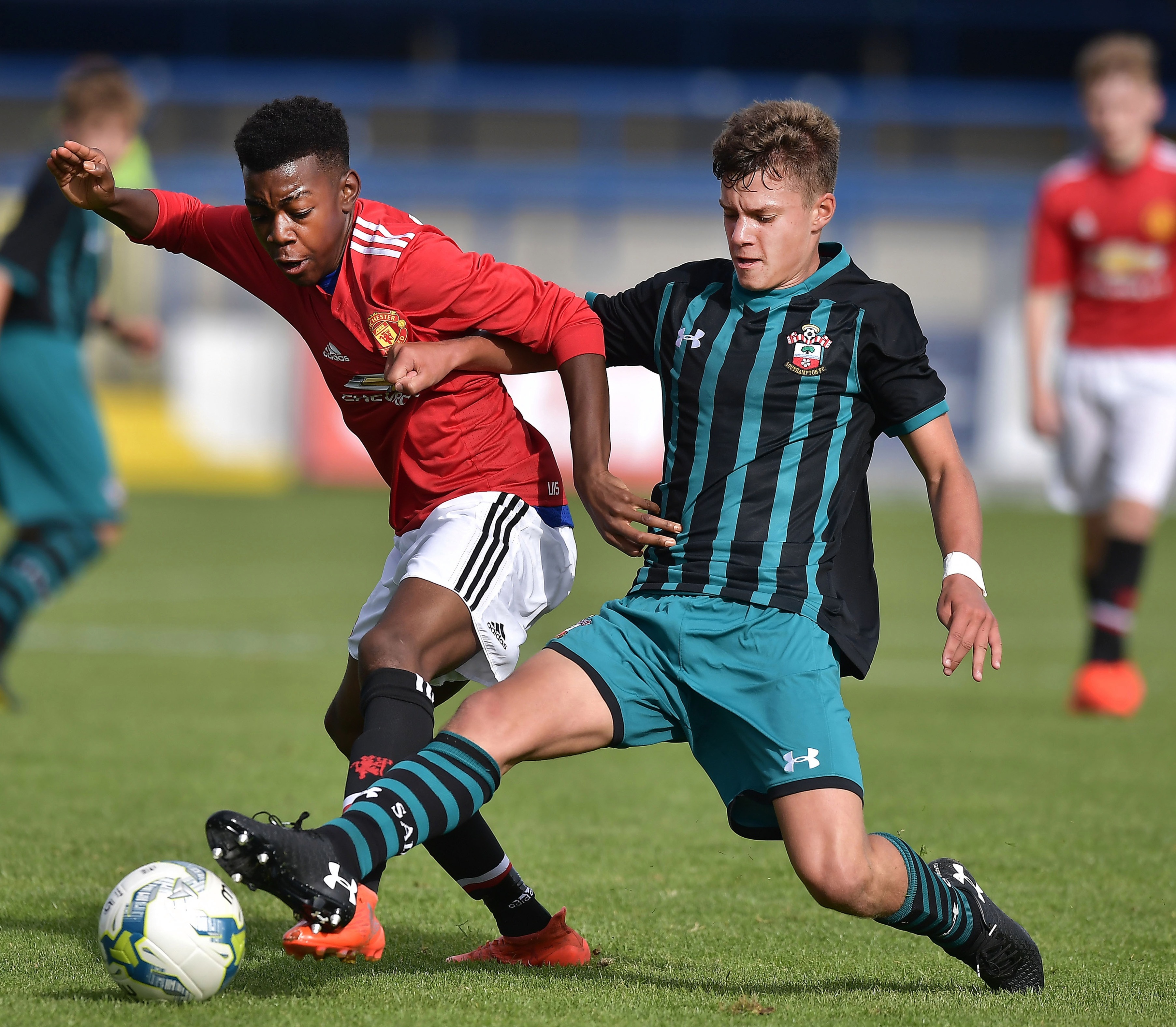 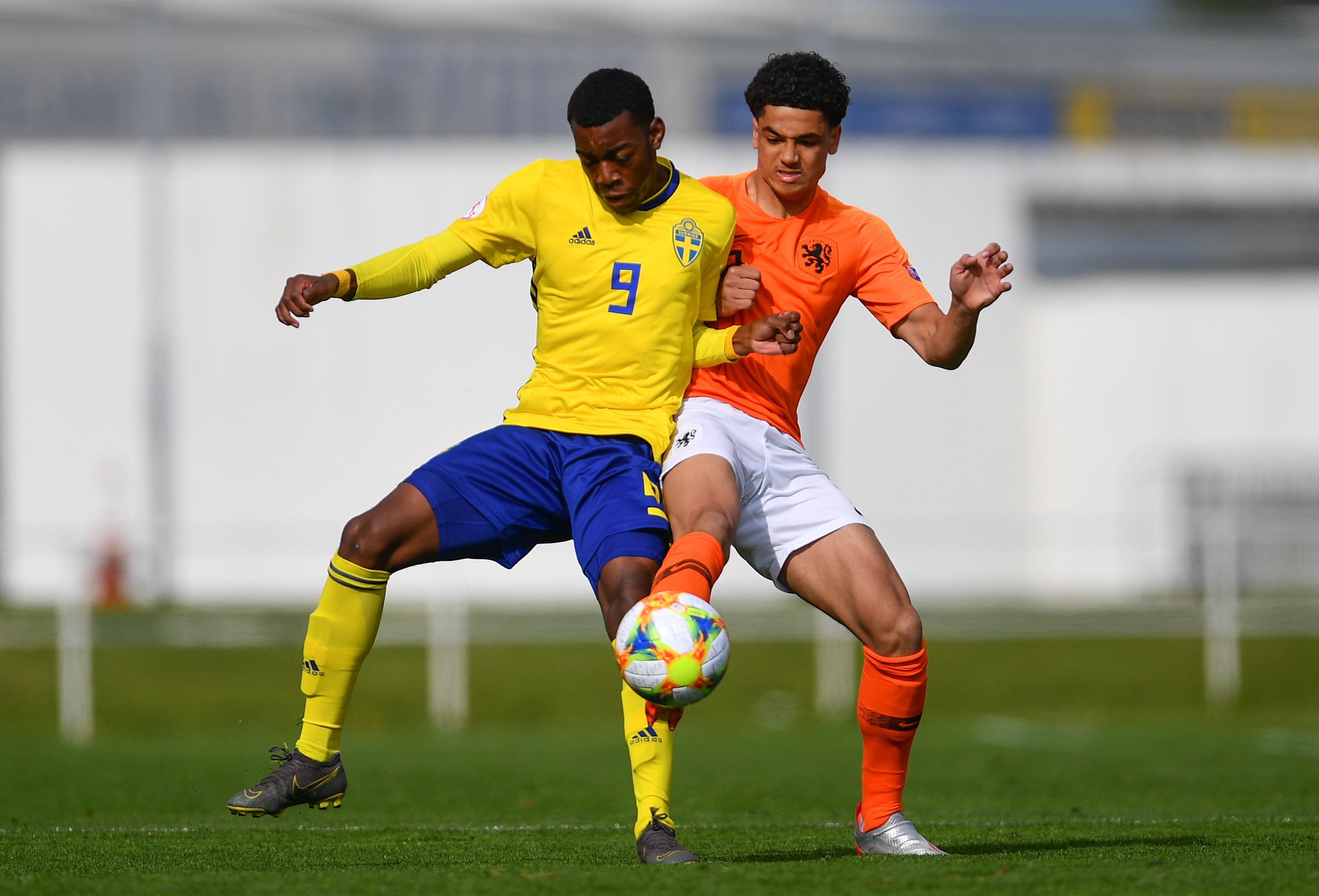 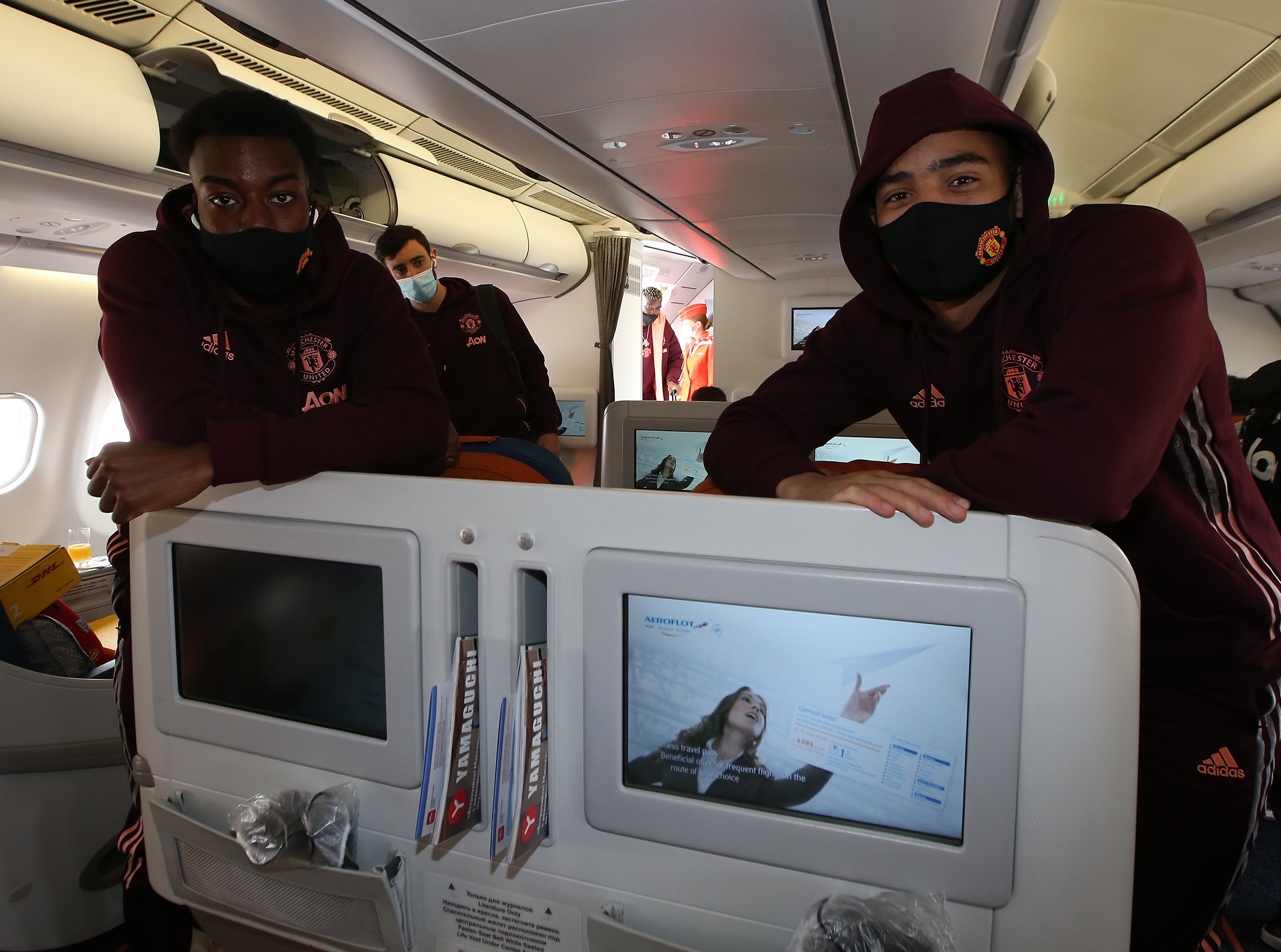 KEEPING IT IN THE FAMILY

Anthony's father Joseph could say he taught him everything he knew.

But the elder Elanga, now 41, wasn't a forward like his son. He was a defender, who made a career for himself in Europe – in countries including Greece, Sweden and Denmark, before retiring in 2012.

His best years were with Malmo from 2000-2005, who he won the Swedish championship with in 2004. He would join the club for one season again in 2010 and win a second league title.

Joseph was a member of the Cameroon 1998 World Cup squad, but didn't play a game.

During his career, however, he did manage to gain 17 caps for his country. 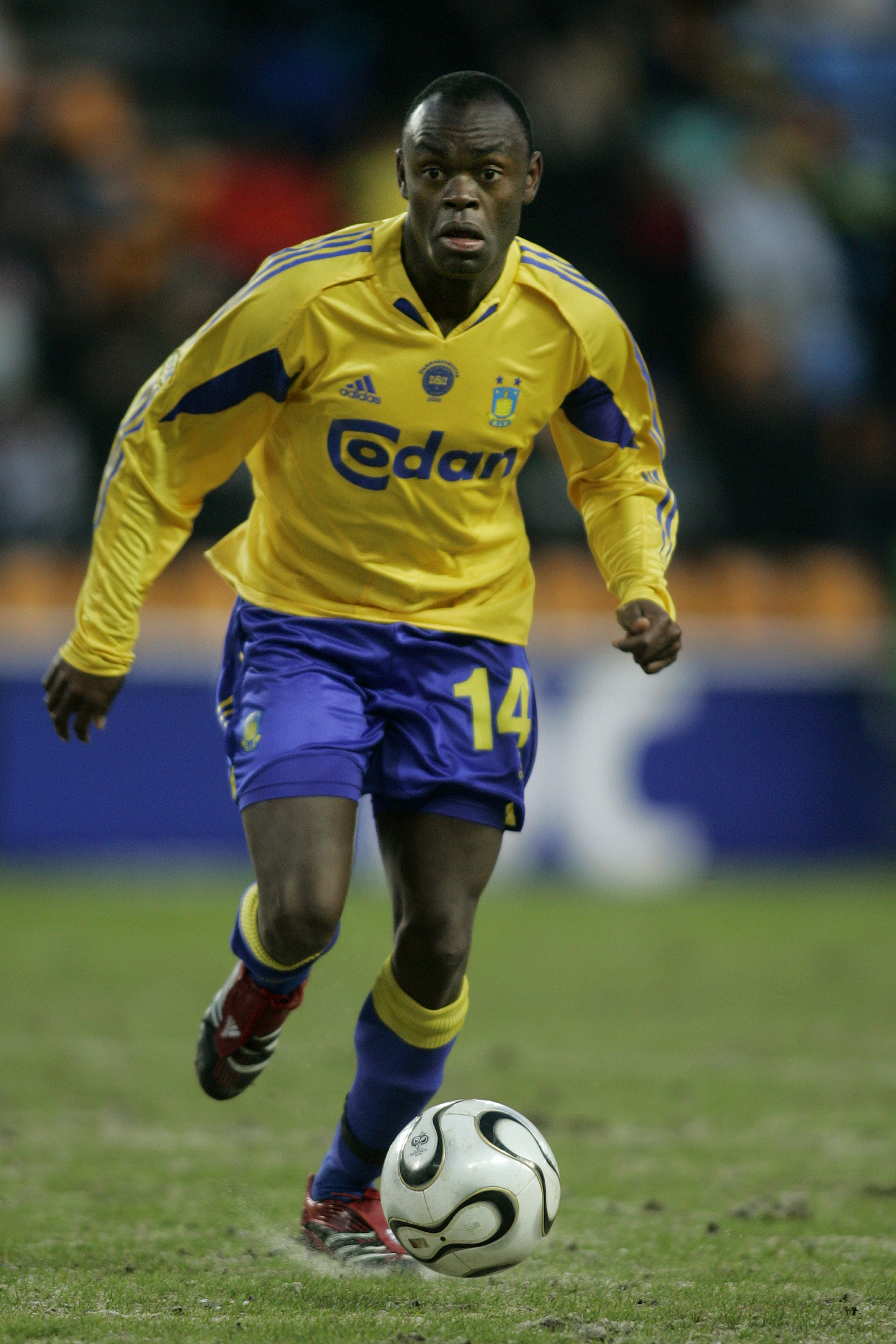 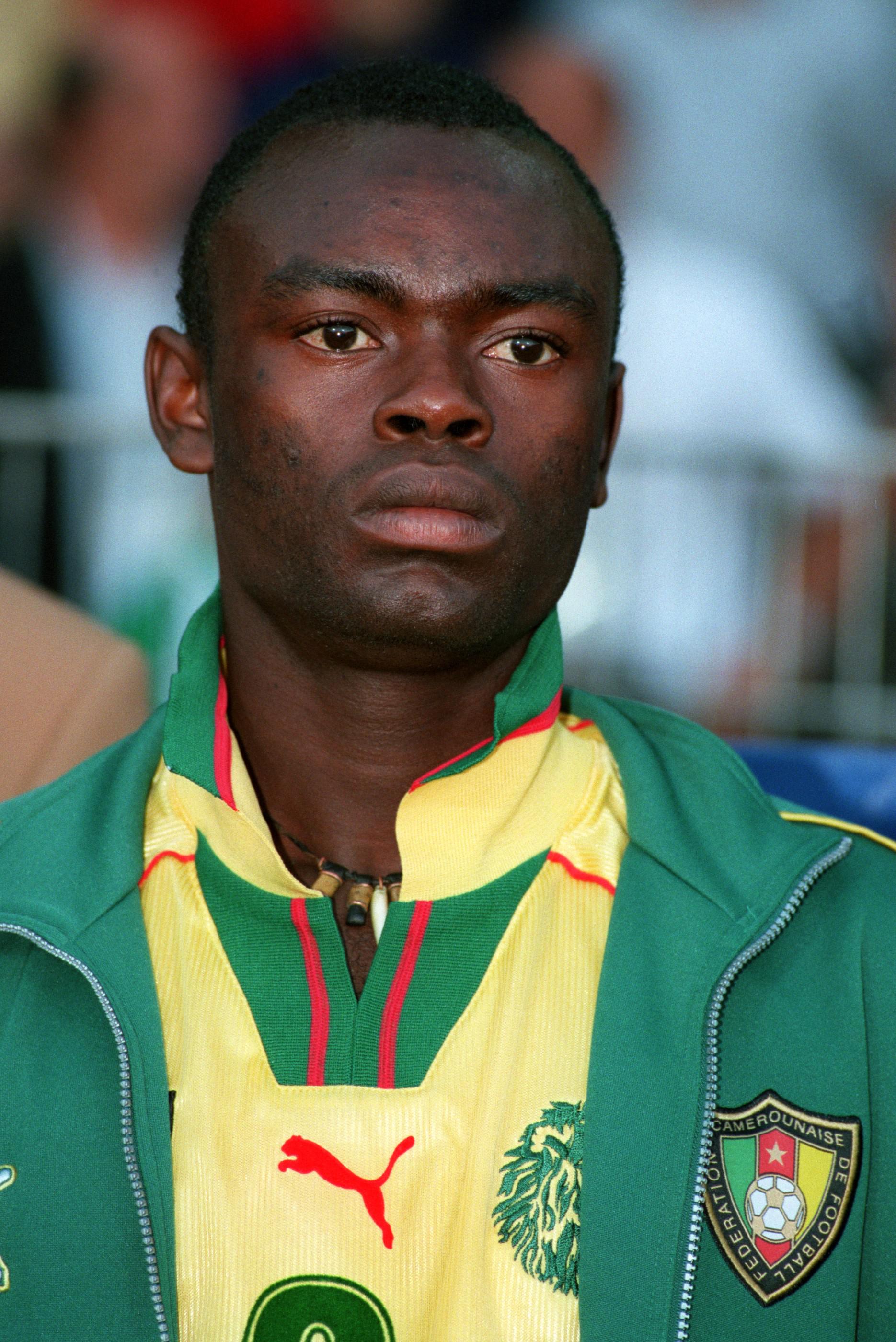 United's youth sides are blessed with promising forwards, with the likes of Shola Shoretire, Charlie McNeill and Dillon Hoogewerf all showing they have a bright future in the game.

Like them, Elanga has the ability to play out wide or though the middle as a No9.

Predominantly right-footed, he uses his pace and skill to beat his man, often cutting in before unleashing a shot on goal.

His solo runs are reminiscent of a young Ryan Giggs, who could take three or four players out of a game in one swashbuckling gallop.

Elanga has been with the Red Devils since the U12s, joining the academy from Sunday League side Hattersley FC.

In 2019-20, after a prolific season with the U18 side with who he scored seven times in nine games, he was the recipient of the Jimmy Murphy Young Player of the Year award 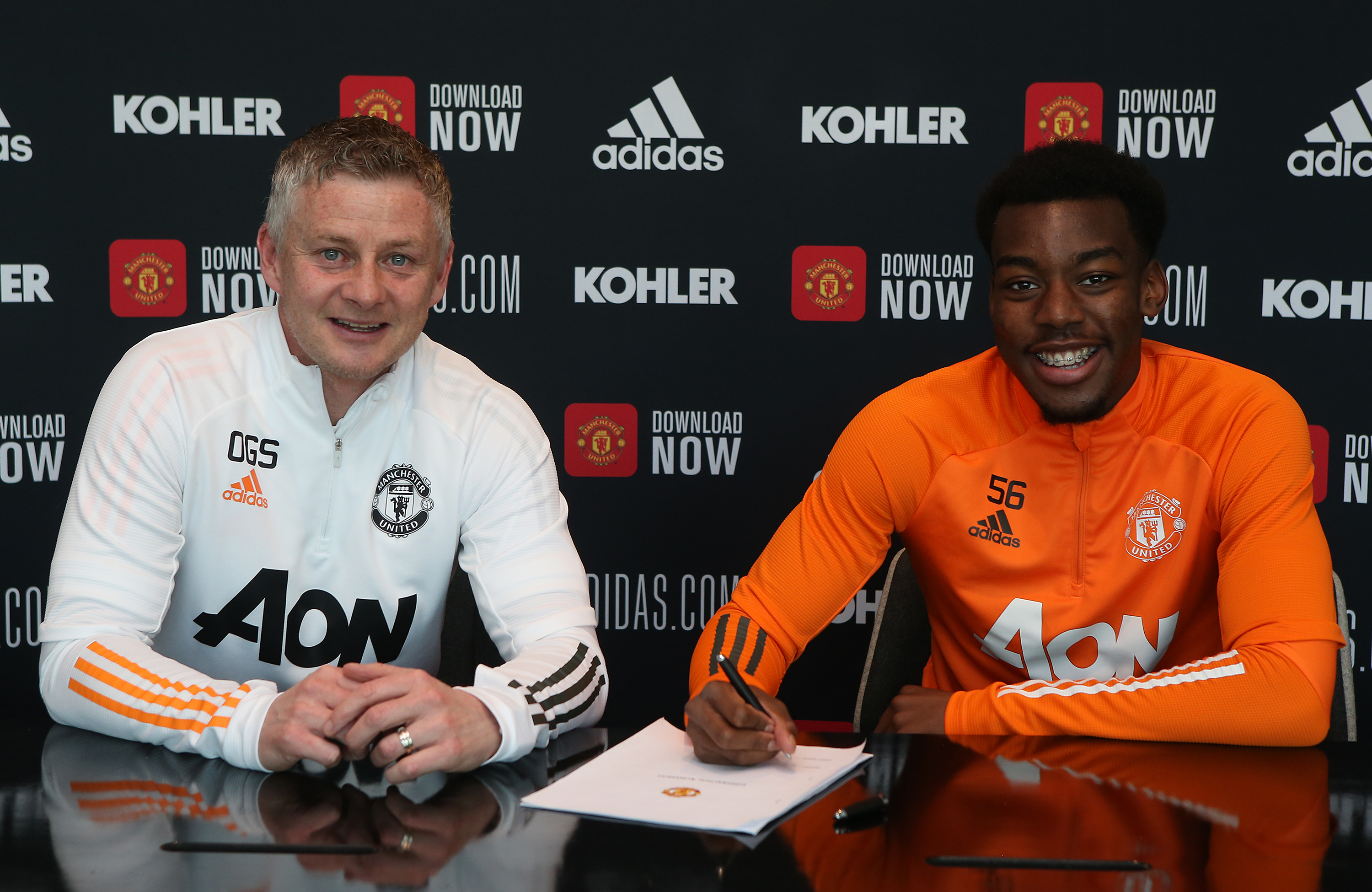 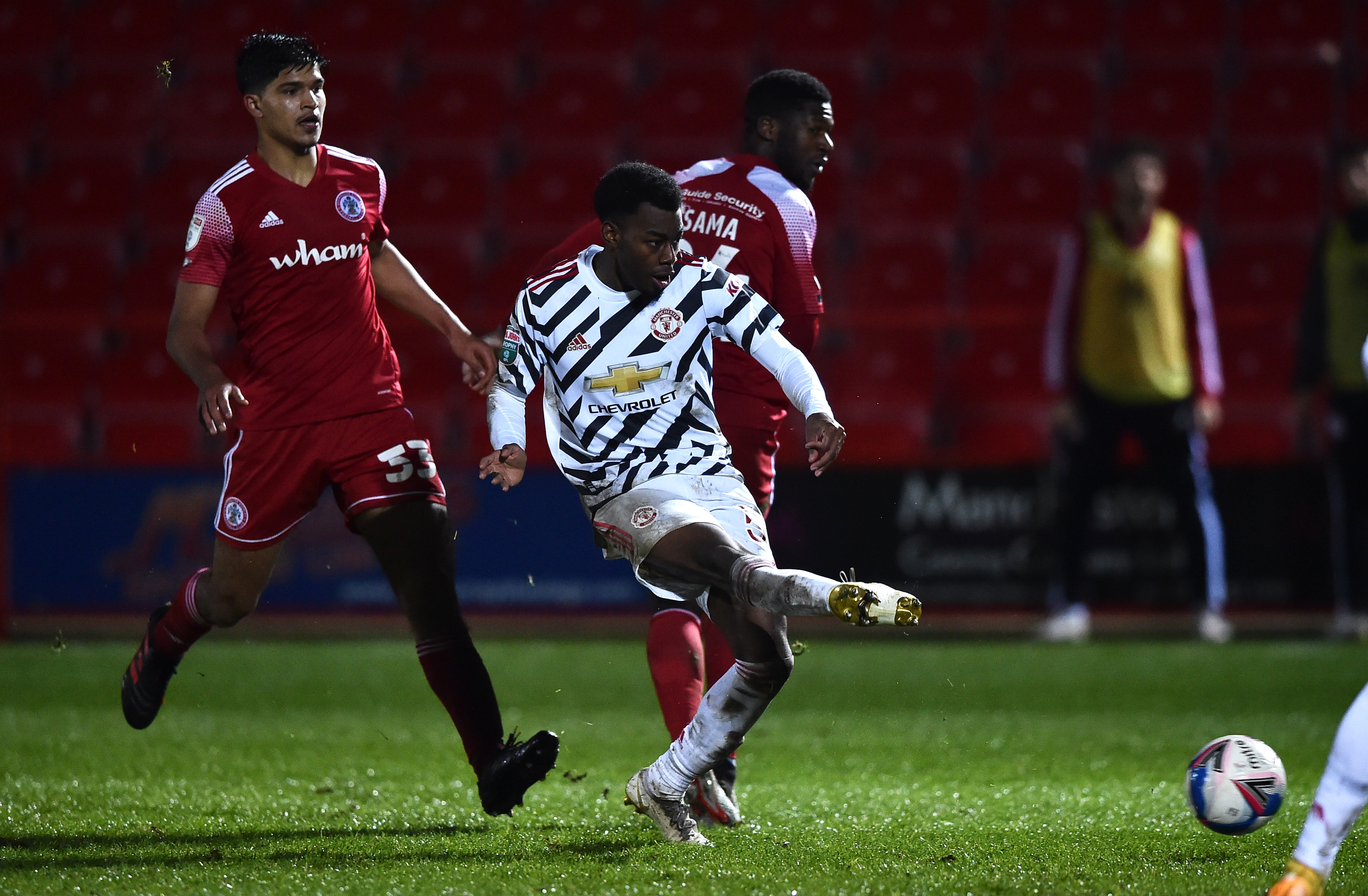 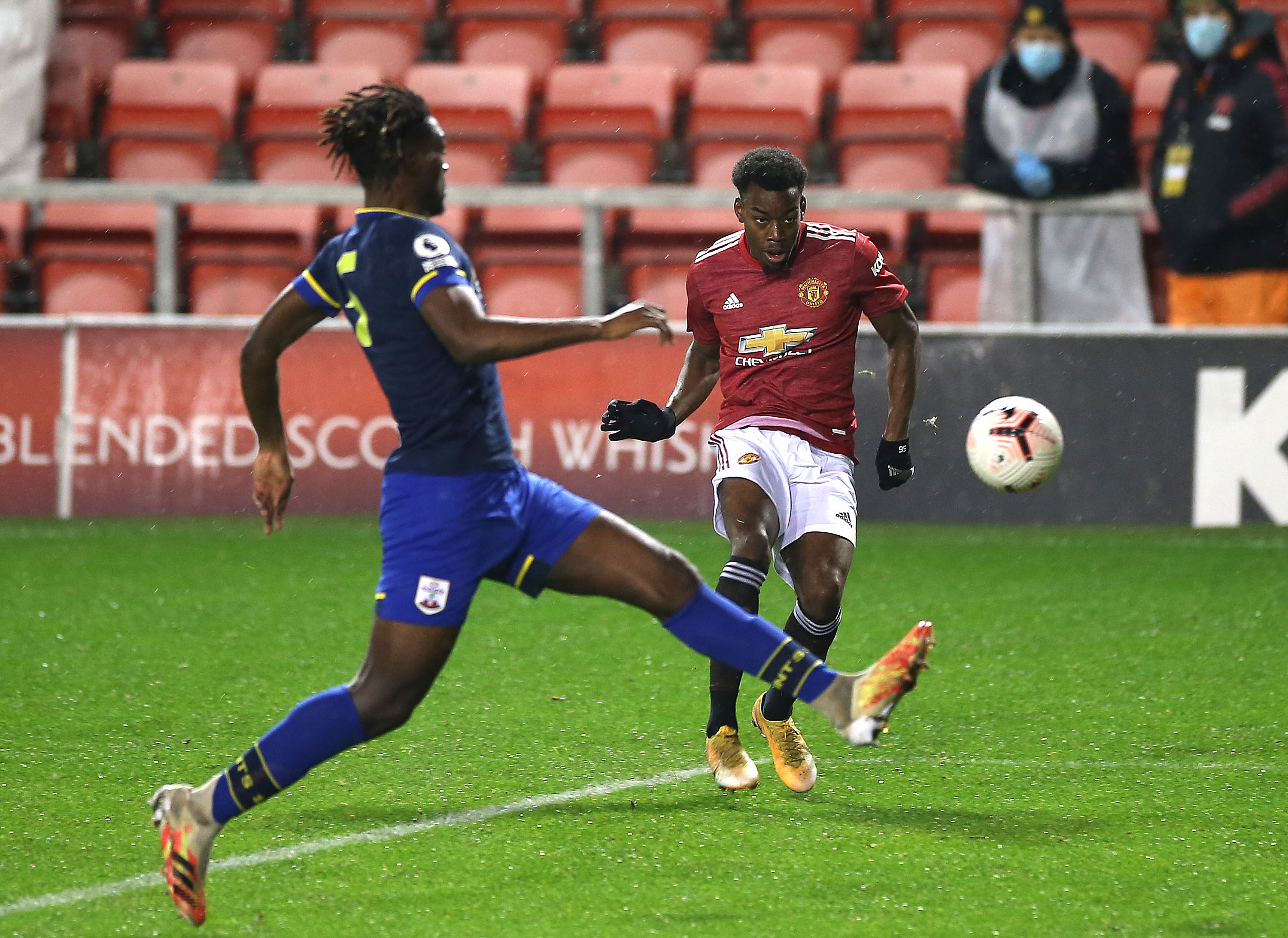 HOPEFUL FOR THE FUTURE

"He’s got an X factor, some attributes, it’s not like a gift, but he’s got the acceleration, pace, speed, that’s a given for wingers and he’s got qualities I like," Solskjaer explained. 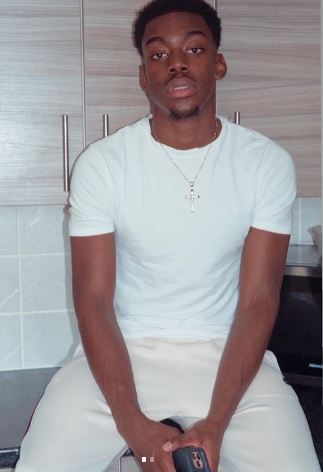 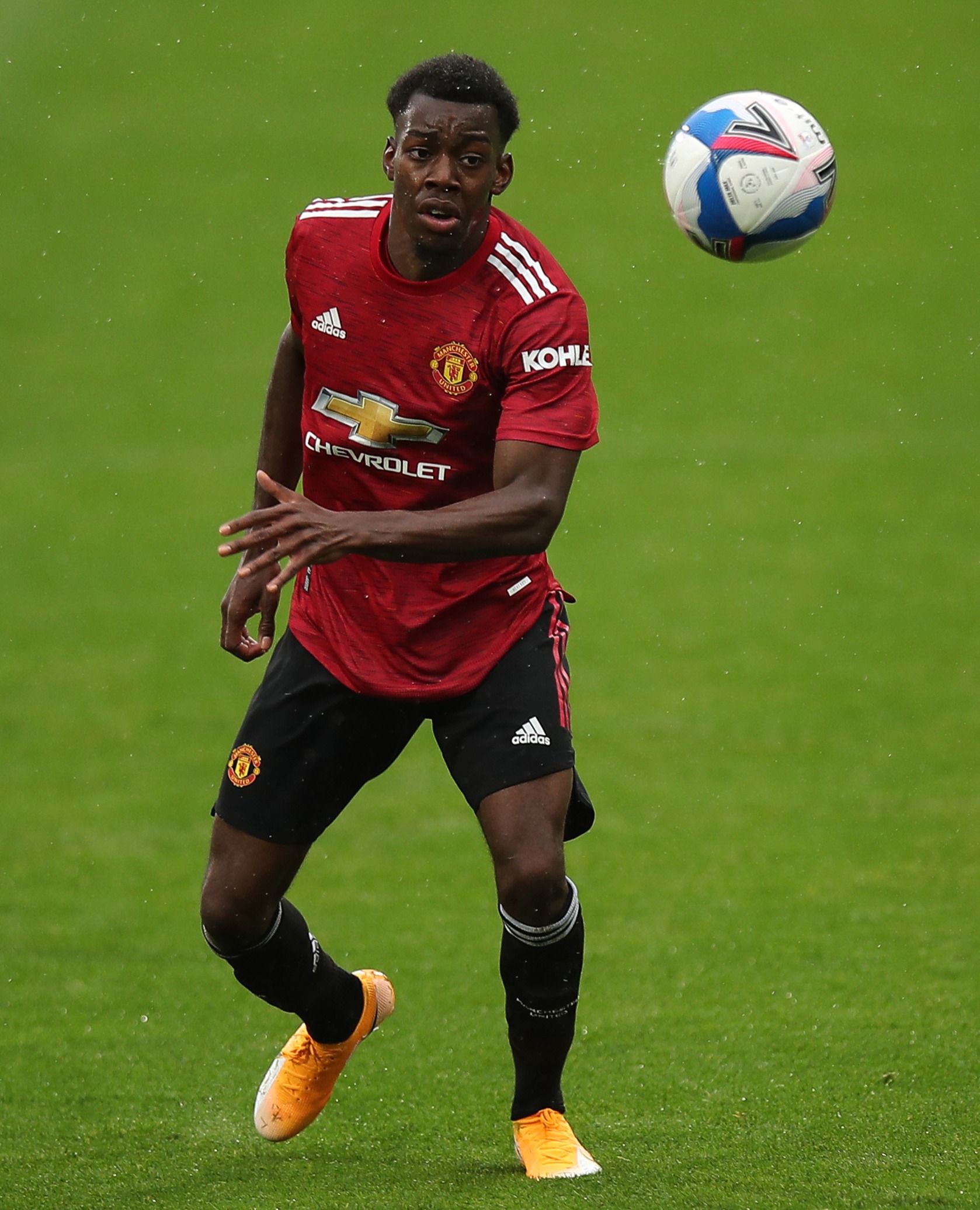 Elanga is equally as positive for his future, and knows what he has to do to impress his boss.

Back in November he told PA, "You look at the likes of Mason and Rashy, there is a pathway there.

"It just shows you that if you’re willing to put the work into it and continue to work hard day in, day out in training there’s a pathway for you there."

HEROES IN THE GAME

In an interview with The Athletic last year, Elanga revealed who he styles his game on.

"Thierry Henry was my idol and I tried to match my game with his," he said.

"He was quick. He could play anywhere across the front three – striker, left wing, right wing – and that’s how I want to replicate my game." 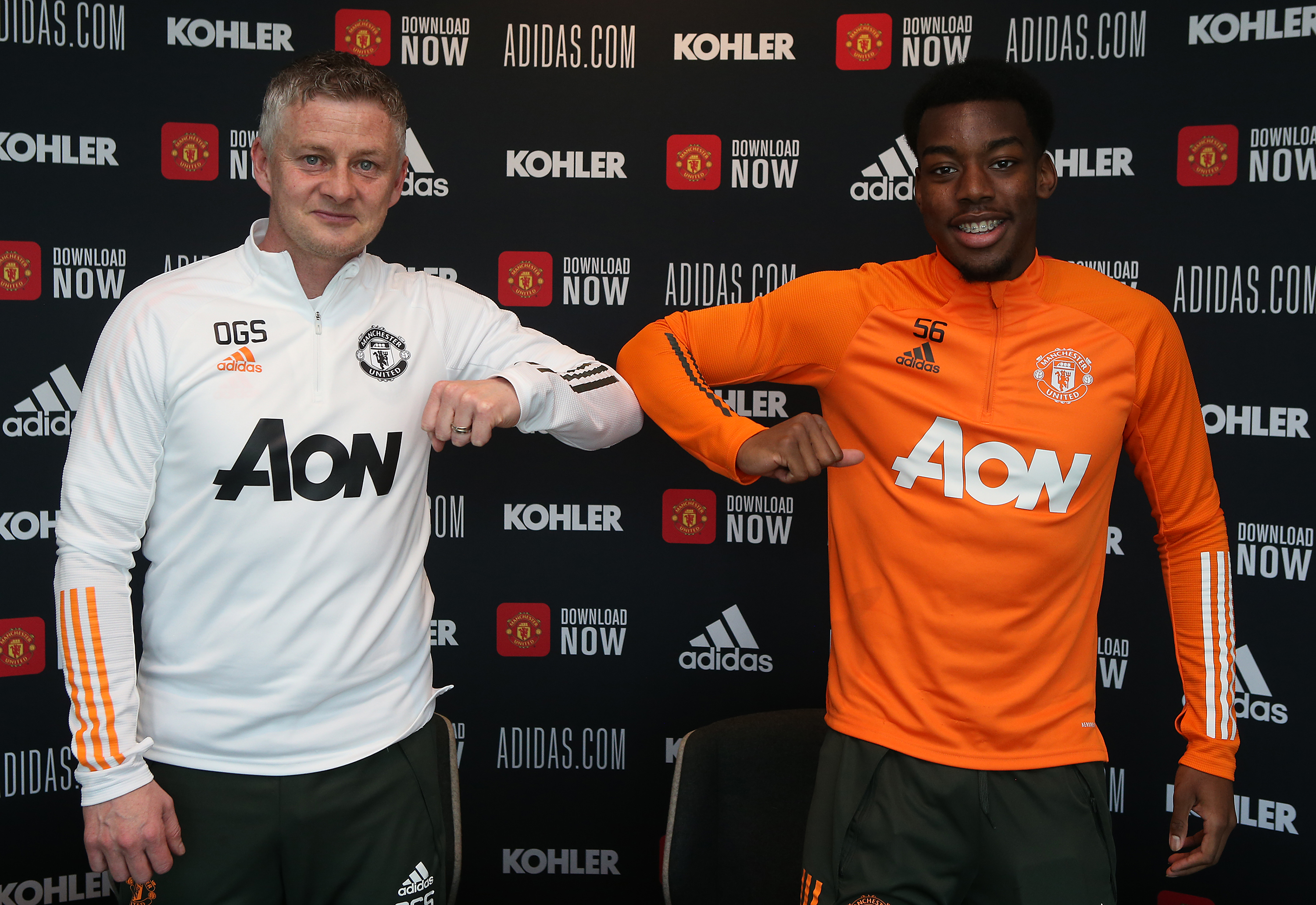 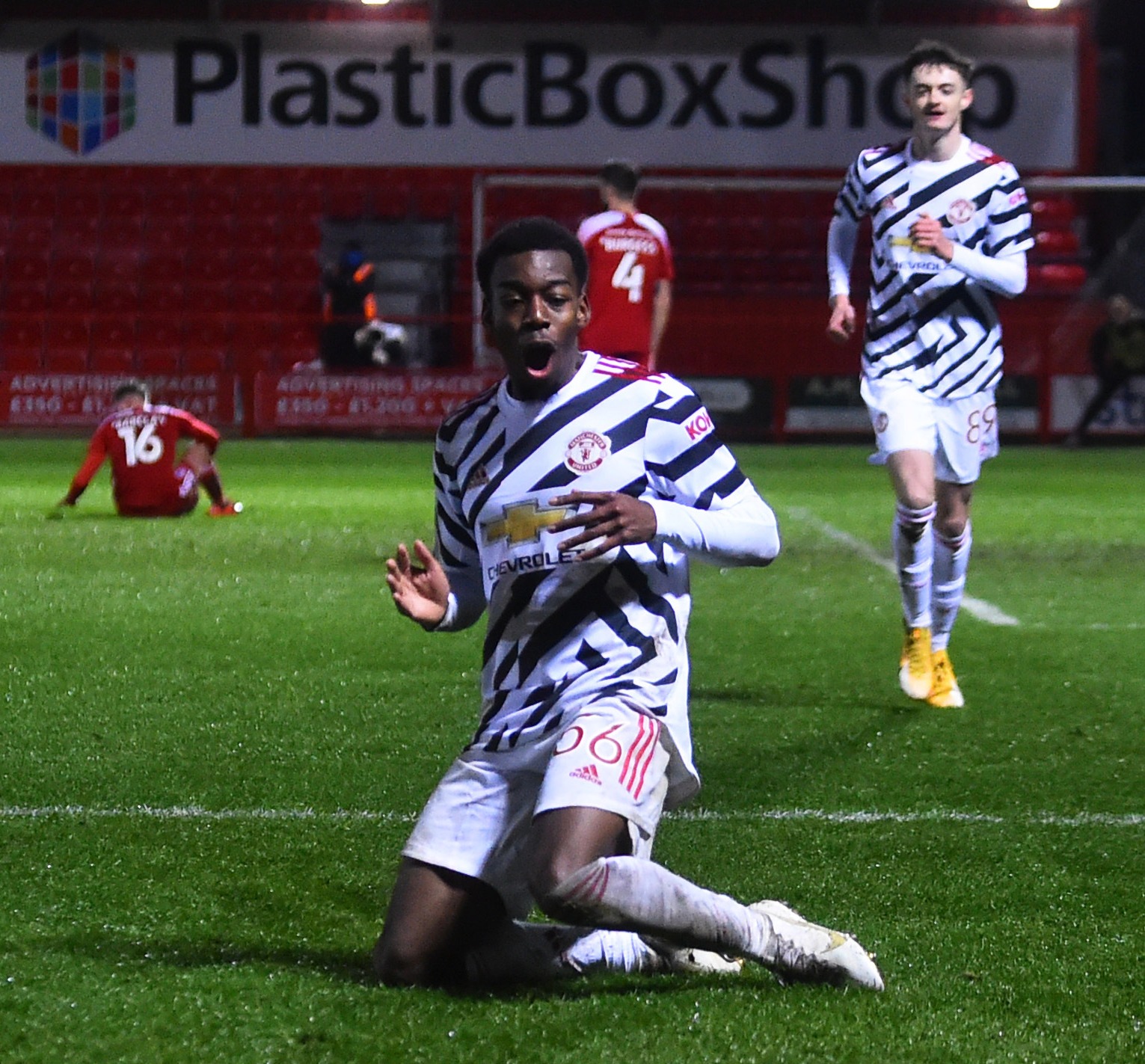 Manchester United legend Gary Neville caught a glimpse of Elanga in full flight, when he co-commentated on United Under-21s 6-0 win over Salford City in the EFL Trophy last year.

He said the youngster was a "nightmare to play against" and called his goal "Thierry Henry-esque."

If he's half the player Henry was, United have got themselves some talent here.