REAL MADRID star Marcelo has teased fans that Cristiano Ronaldo could return to the Bernabeu from Juventus in the summer.

Speculation has been rife that Los Blancos could re-sign the 36-year-old, with the Portugal international reportedly keen to make the switch. 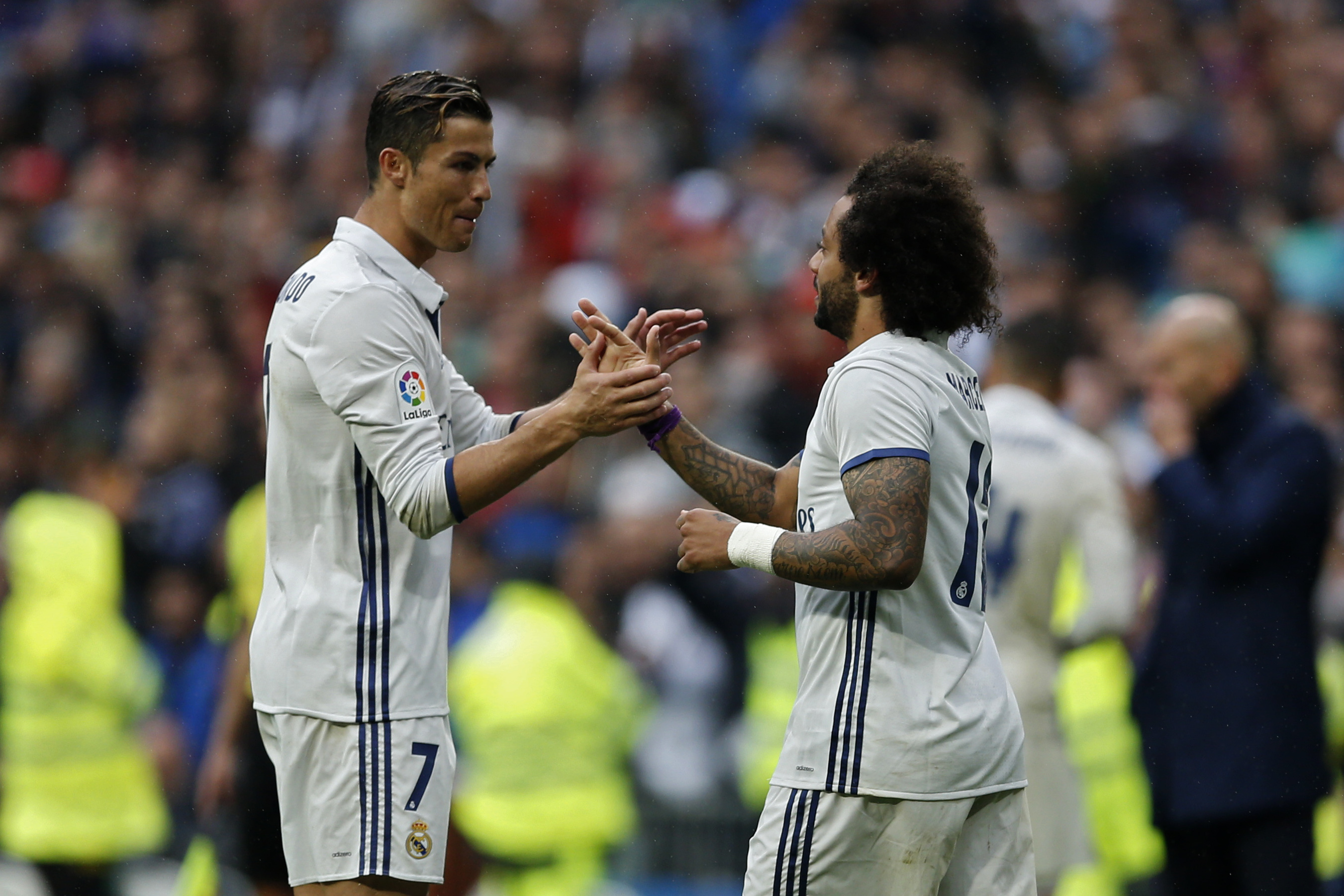 Ronaldo departed Real for Juventus after the 3-1 Champions League final victory against Liverpool in 2018, but his future in Turin is in question.

And with just a year remaining on his deal in Italy, it has been claimed that Juve could cash in on the five-time Ballon d'Or winner at the end of the season.

Amid the ongoing rumours, left-back Marcelo has hinted that Ronaldo could be in line for a shock return.

The Brazilian commented on an Instagram video of him and Ronaldo celebrating after the victory against the Reds in Kiev three years ago.

Marcelo was quick to respond, as he simply stated, "Soon," followed by two emojis that have been left open to interpretation.

It isn't just Marcelo that has played up a possible return to Real for Ronaldo, as Zinedine Zidane failed to rule out a move for his former talisman.

Asked about whether the rumours are true, Zizou said: "Yes, it may be.

"We know Cristiano, we know the person he is and everything he has done here. But now he’s a Juventus player and we must respect this.

“Now, let’s see what the future will be. I was lucky enough to coach him and he is very impressive. Right now, he’s helping Juventus.”

He told told Sky Sport Italia: "It makes me laugh. I never imagined Ronaldo could be put into question.