The Mars-bound ship is due to depart on its test orbit in July. Taking to Twitter, the SpaceX CEO shared a picture of the huge 50-metre-long stainless steel craft.

The ship can be seen in a hangar at Mr Musk’s Starbase facility at Boca Chica in Cameron Country, Texas.

The development of the Starship brings Mr Musk closer to his aim of landing an astronaut on Mars this decade.

The SpaceX CEO hopes to colonise the hostile Red Planet and construct cities among its craters by 2050. 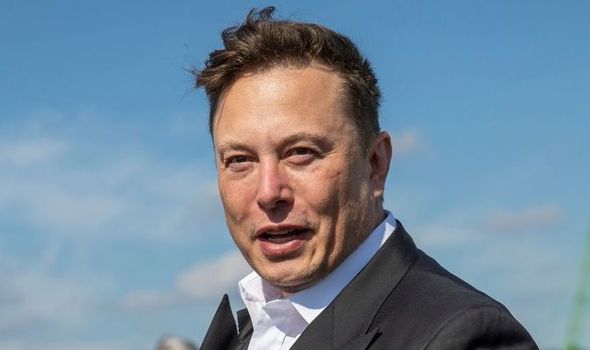 His project has already seen SpaceX secure a multi-million-dollar contract with Nasa.

Mr Musk’s aerospace company is aiming to launch crewed missions to Mars as early as 2024.

According to SpaceX’s user guide for Starships, to fulfil the company’s ambitions they will need to build up to 100 rockets a year.

Each one will be capable of housing 100 crew members and boasting “private cabins, large common areas, centralised storage, solar storm shelters and a viewing gallery”. 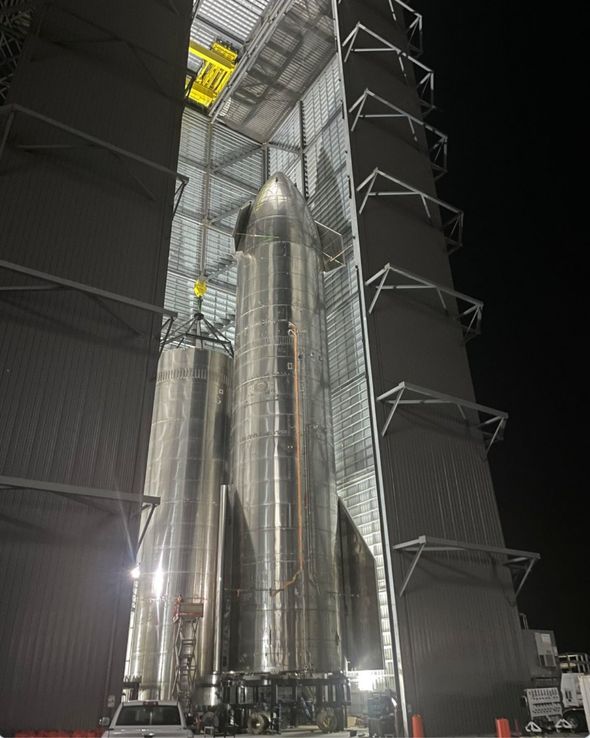 The company is also building a 70-metre Super Heavy booster that will be fully reusable and capable of supporting regular rocket launches from Earth.

Together, the two-stage rocket will be 120 metres tall and will reportedly be the world’s most powerful launch vehicle ever developed.

Mr Musk has explained how the next logical step for humanity’s development in space is a permanent base on the moon and a city on Mars.

Earlier this year, he said the space industry should “consider the next step beyond space stations”.