KYLIAN MBAPPE was given a rare nine out of ten for his Nou Camp masterclass by L'Equipe last night.

The respected French outlet are notoriously hard to please when it comes to player ratings. 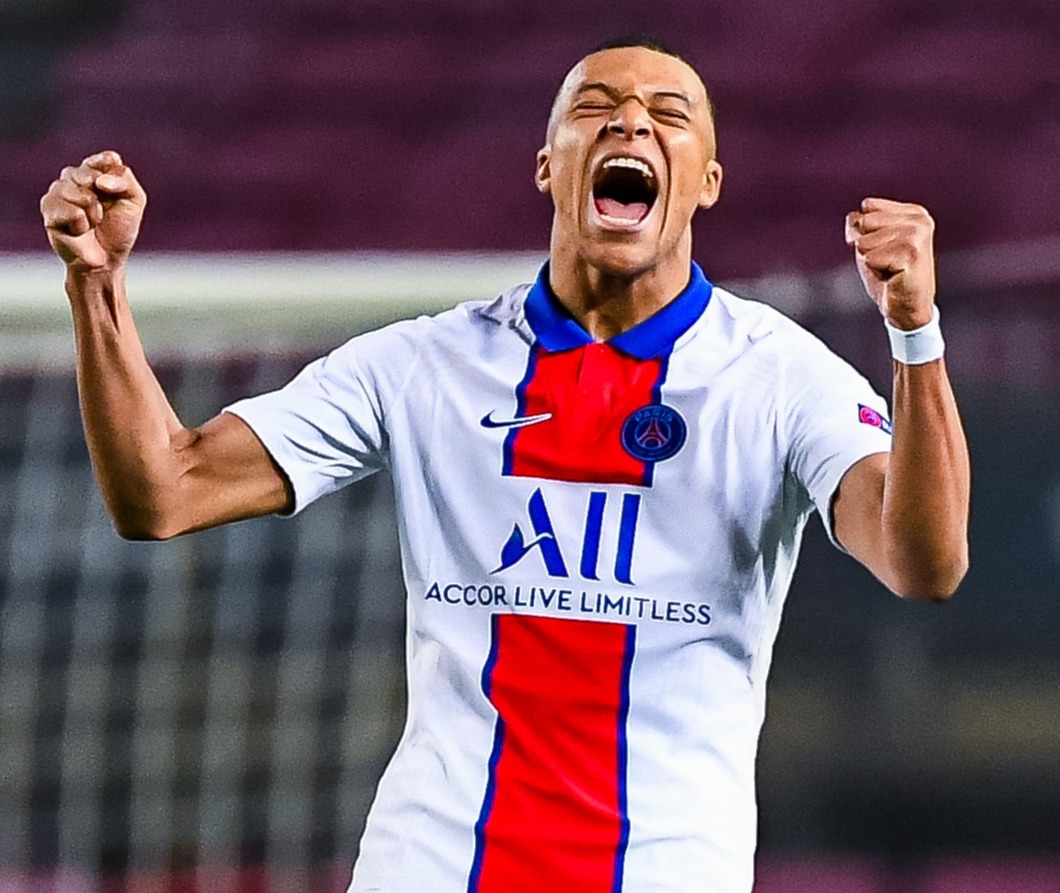 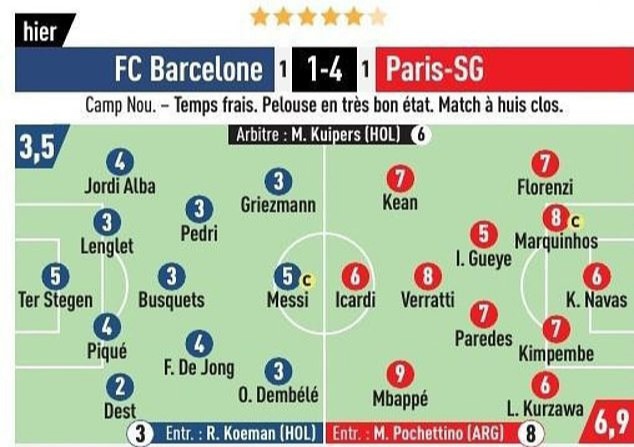 But they reserved the special mark for Mbappe after his magnificent hat-trick in PSG's 4-1 win at Barcelona.

The 22-year-old fired the French champions into a commanding first-leg lead in their last-16 tie.

And his performance earned the top mark of the night, but not quite a perfect ten.

That mark has only been given out 12 times in L'Equipe's history, with the most recent being to Serge Gnabry for Bayern Munich in their 7-2 win at Tottenham in 2019.

Mbappe also featured on the front pages of Spanish sports papers such as AS, Marca and Sport after his Nou Camp heroics.

Marco Verratti and Marquinhos scored eight out of ten for the visitors with goalscorer Moise Kean one of four players given a seven.

Idrissa Gueye – who was booked then hooked at half time – was PSG's lowest scorer of the night with five out out ten. 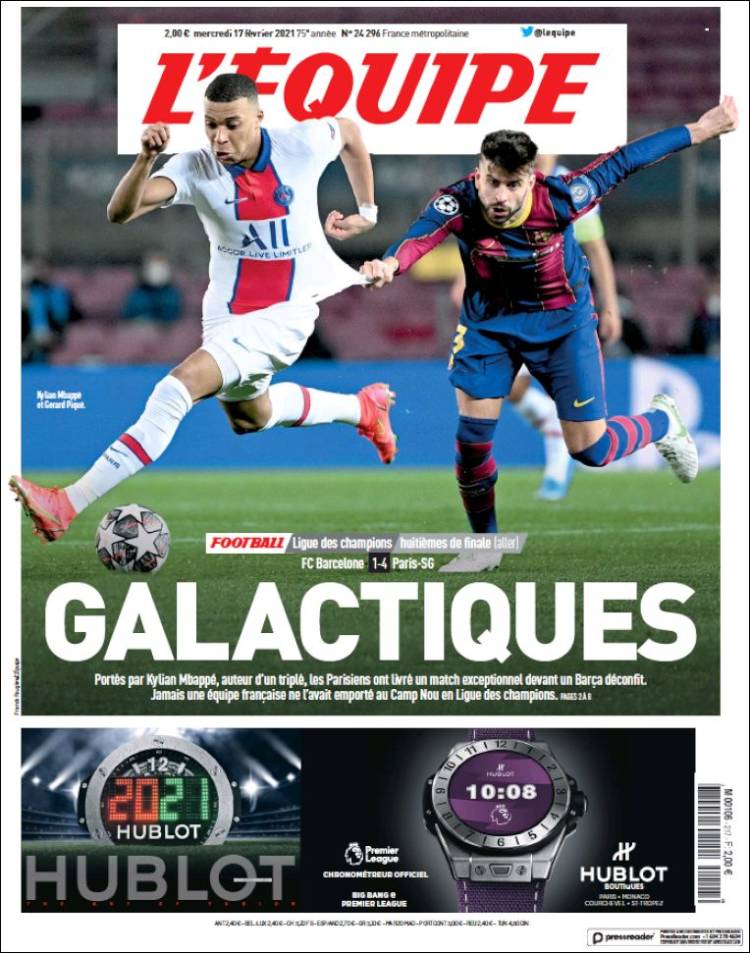 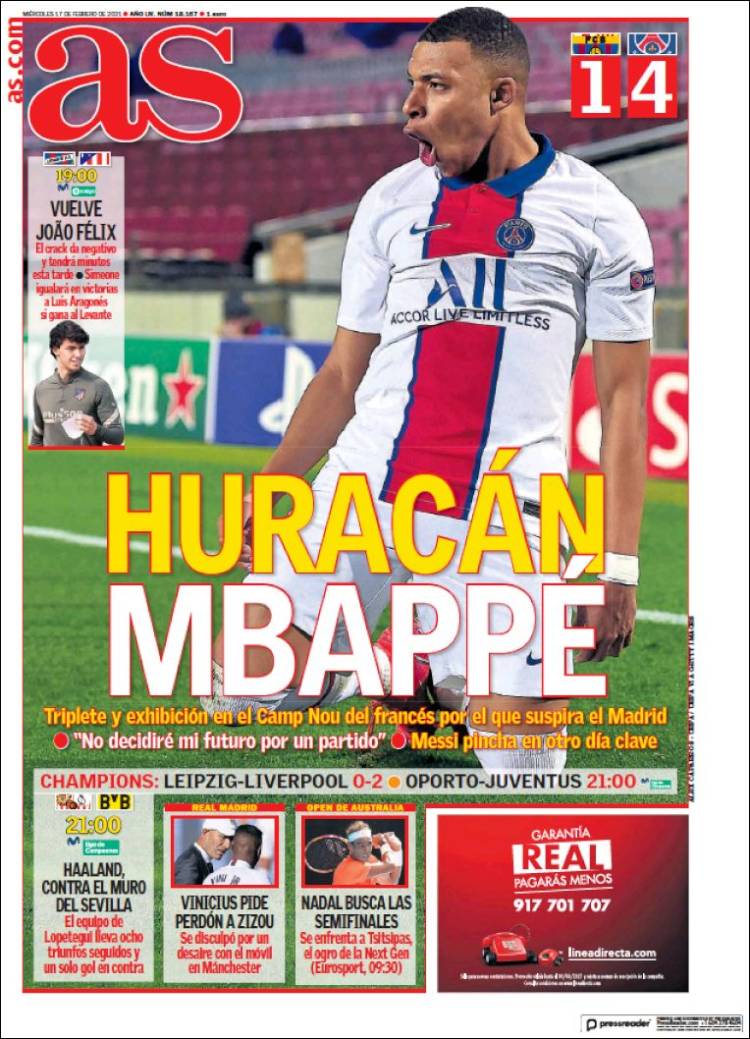 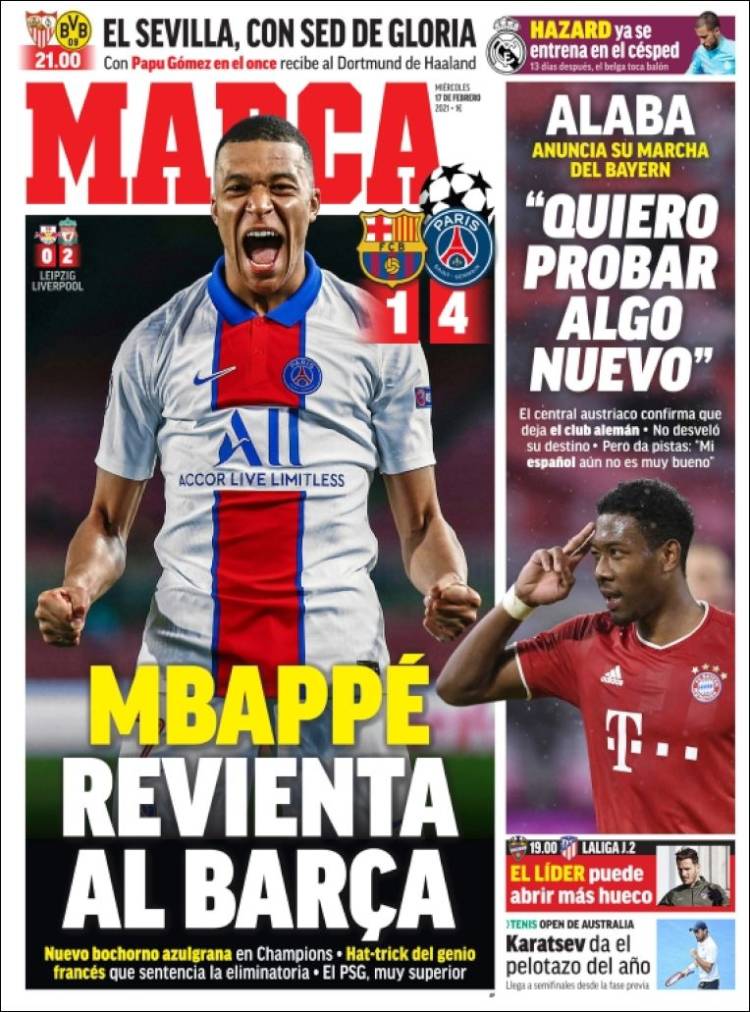 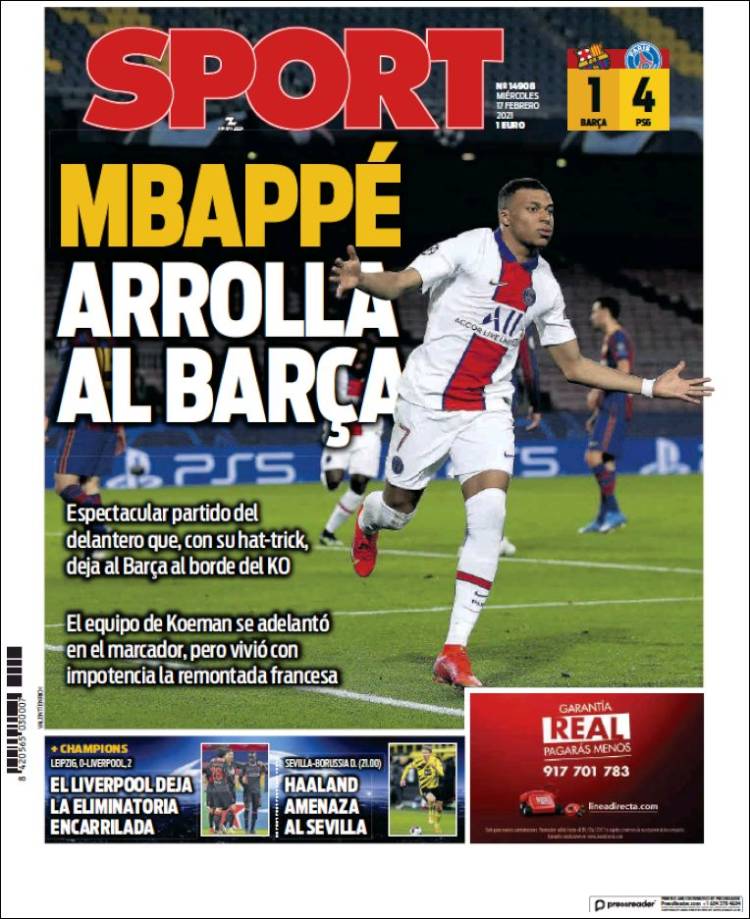 But no Barcelona players were able to better that mark on a night to forget for them.

Antoine Griezmann and Ousmane Dembele were handed a three, but the worst performer of the night was right-back Sergino Dest with just two.

Ex-Man Utd defender Ferdinand said: "Mbappe is on his own – out of young players he’s on his own. People forget he’s 22 years old.

"Given he’s won the World Cup, what he’s done in the French league and in the Champions League, he’s been immense.

"I just feel that he’s the guy now that’s going to take the throne, take the crown, he’s standing alone at the moment. It’s for everybody to catch up to him now.

"This guy is going to take over the throne from Messi and Ronaldo when they’re done with it."

And former Chelsea midfielder Cole said: "[Mbappe] is the best player in the world, at the moment.

"The influence he has on his team, the way he can just run away from players.

"His link-up play, his work-rate off the ball… he is the alpha dog in football at the moment.

"The top player in my opinion – maybe Ronaldo still. But as young players go, if you want to build a team, go and get Kylian Mbappe."