Meet the incredible volunteers who are the backbone of women's sport 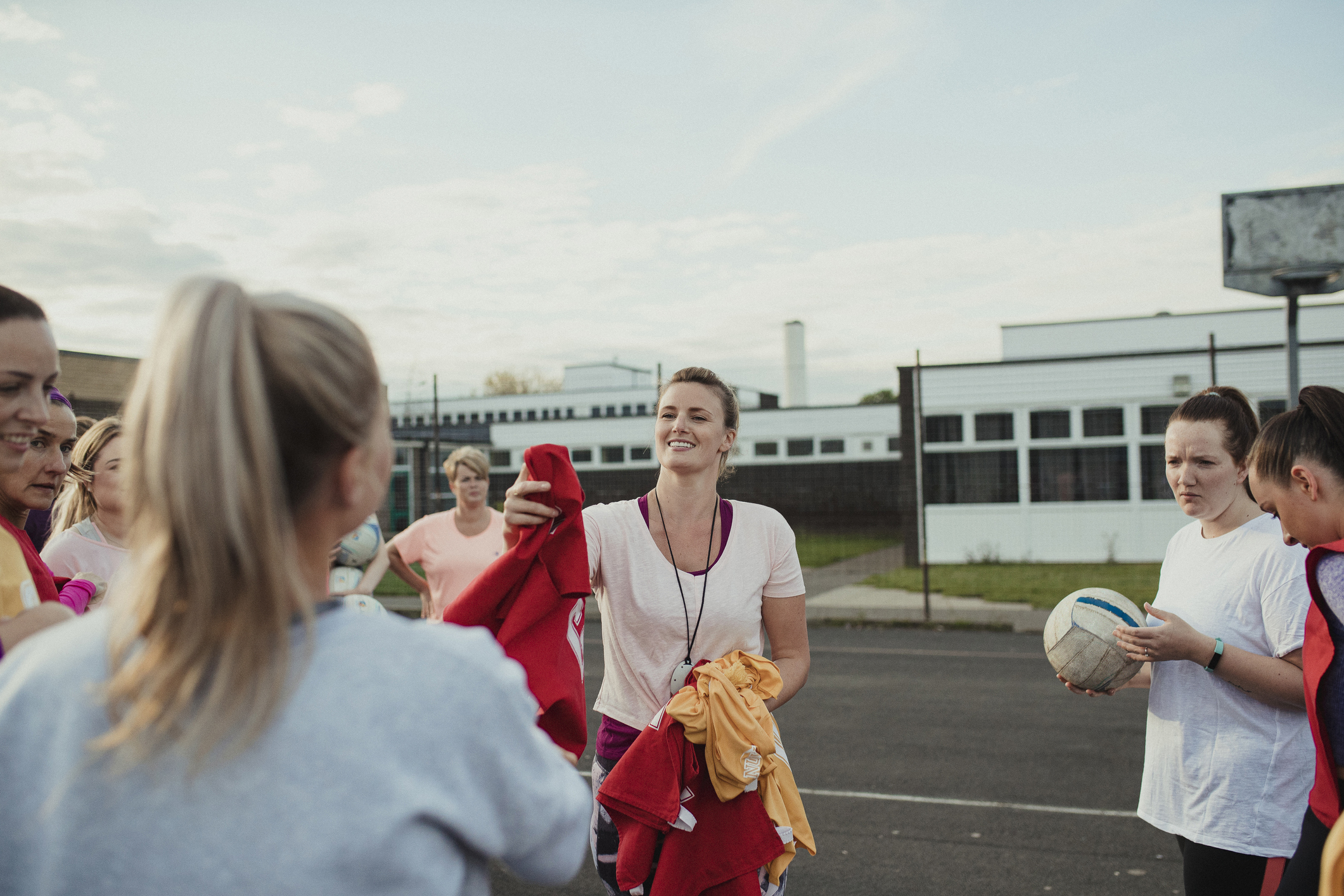 Volunteers play a vital role in women’s sport – from the grassroots level all the way up to the elite leagues – many sports simply wouldn’t exist without them.

A significant shortfall in funding, commercial partnerships and sponsorship means women’s sport is reliant on the hard work of volunteers to keep things moving, from coaching and player development, to running community clubs, officiating, admin and event organisation.

Without the tireless and selfless work of thousands, so many of these organisations would grind to a halt. And the volunteers involved in all sectors of the sport do it simply for the love of the game.

According to the latest data, more than 4.6 million women volunteered in the sporting sector in 2019, and as the industry struggles to get back on its feet after the pandemic, it is likely that the reliance on volunteers in the women’s game will only increase.

Carolyn Davies is a volunteer in netball with a commitment that is hard to rival.

As the voluntary county umpire secretary, Covid officer and discipline lead for North Bucks, Carolyn has a lot on her plate. And after a few years of ill health, it has been volunteering has seen her through some incredibly difficult times.

‘I had a cardiac arrest last year and I was in a coma for a little while,’ Carolyn explains.

‘I don’t get emotional about this very often, but this was my second cardiac arrest and I was down for a whole 60 minutes. The fabulous NHS and paramedics did CPR on me for a whole hour.’

The emotion in Carolyn’s voice tips over and she fights back tears as she explains how the likelihood of coming out of that situation with any kind of functioning was incredibly low. After 15 minutes of CPR the possibility of significant impairment increases considerably.

‘For some reason, some good reason, a reason beyond my comprehension, I came out with only a little bit of cognitive damage. I survived.

‘I was placed in a coma to limit the risk of significant brain injury. Yet the first words out of my mouth were; “when can I umpire again?”

‘So then in summer last year, when we thought netball was not coming back because of the pandemic, I found myself in a dark hole.’

Carolyn lost her full-time employment because of her health, but that helped her to find the drive to fill that time with something else.

She turned to her netball family – other long-term volunteers within the sport – to get her through the toughest moments. She had to learn how to read again, how to use special software on the computer so that she could talk to it rather than type. She wasn’t sure if she would be able to be involved in the sport like she used to be.

‘They said to me – “it’s not about what you can’t do anymore, it’s about what you still can do”,’ Carolyn explains. ‘Some things still get jumbled, but those that know me well have learnt to translate.

‘I realised that in volunteering, there are always people behind me, people that make me part of a team. They’re my team, and I’m theirs. We’re family.

‘They got me through it. They were pushing me to do stuff, rather than sit on my bottom, and volunteering got me to challenge myself beyond anything I could imagine I would ever do again.’

Carolyn says she has astounded herself with what she has been able to do since her catastrophic cardiac arrest. She puts so much of that progress down to the support of her volunteering family, and the drive it gives her to keep moving forward.

‘Don’t be afraid. The only person that’s going to stop you doing anything in the volunteering world is you,’ says Carolyn. ‘I have volunteered for things I might not have even have had the skills for, but I did them because somebody else believed in me and encouraged me.’

Carolyn has volunteered at the Netball World Cup and at the Superleague. She’s hoping to put her expertise to use at the Commonwealth Games in Birmingham next year as well.

‘Without volunteers, I don’t know how our sport would survive. We really do rely on this incredible work.’

Volunteers are also using their skills in other areas to help improve the profile of women’s sport and public engagement with media platforms, magazines and podcasts that are entirely run and maintained by unpaid enthusiasts.

Jenny Sinclair is the managing editor of Netball Scoop, an Australian-based platform dedicated to bringing netball news to the masses. The entire group is run by volunteers who are passionate about netball – at last count, they had around 30 writers and photographers, plus several committees in the background.

‘Like any female or amateur sport, netball is reliant on volunteers, particularly at the grassroots level,’ says Jenny. ‘Without the many families to act as chauffeurs, time keepers, coaches, umpires, orange cutters, scorers, cleaners, the sport couldn’t exist.’

Jenny says she thinks this is sustainable, at a grassroots level at least, however she says it is becoming more difficult as the roles of women in society change and many working mums have less time for voluntary roles.

‘At a professional level, organisations like ours could do a much better job if we had sponsorship or funding,’ says Jenny. ‘However, the investment in women’s sport is so poor that this is unlikely to happen.

‘Our longevity relies heavily on the long-term support of a few key people who manage our websites and oversee operations, and without them Netball Scoop would struggle at an organisational level.

‘I think there is also resistance (although less so than in the past) from mainstream media and clubs or bodies to recognise the important roles that volunteers have at this more professional level.’

Netball Scoop started 10 years ago and the growth over the last decade has been significant. The site saw 63,000 users over the last three months, and thousands of new followers across its social platforms. Jenny says this is down to the quality of content, exclusive articles, interviews, match reports and even a podcast produced by their team of volunteers.

Jenny is also particularly proud of Netball Scoop’s charitable arm that organises and donates second-hand netball gear to developing nations across Africa, the Pacific and the Middle East.

‘By supporting women from deprived areas, we are not only encouraging them to lead a healthy lifestyle, but they also come together as a friendship building community – so are less isolated, and also have the ability to exchange thoughts on child care, education, health and nutrition,’ she explains.

‘We operate on two basic principles: One, that every volunteer is given as much support as they require, and that their outside life comes first. So they give up as much or as little time as they can manage. And two, when they have difficult times in their life, we are right behind them. So it has become another family for many of our volunteers.’

There are an estimated 26,000 volunteers working to keep netball going in England, 90% of which are women. And, judging by stories like Carolyn’s and Jenny’s, it means just as much to the volunteers as it does to the future of the sport.

England Netball revealed that the pandemic had left it facing ‘considerable financial pressure’, and elsewhere women’s sport has been ‘left behind’ over lockdown.

The Telegraph reported that elite women’s sport was out of action for a total of 2,191 days, while men’s sport lost just 982 days across the comparable leagues and teams during the pandemic.

This ongoing inequality and lack of support may mean that the role of volunteers in women’s sport is more important than ever. And although the dedication of those who give up their free time to keep these sports going is undeniable, we do have to question whether long-term progress can really be made without a more sustainable model of funding and support.