Who will Bill and Melinda Gates date post-divorce?

Maybe those poor Gates kids are getting more than a $10 million after all.

Melinda has taken the highly unusual step — according to experts — of naming top trust and estate lawyers as her representatives in her divorce filing, along with the customary matrimonial legal eagles.

The move, the duo told Page Six in an interview, signals Melinda has potential plans for her family that diverge from Bill’s.

(The duo is not involved in the Gates’ divorce, but their clients have collectively included Gov. Andrew Cuomo, the ex-wives of Harvey and Bob Weinstein, NBA star Paul George, Laurence Fishburne, Howard Stern’s ex-wife, Alison, and the former wife of Louis C.K.)

Bill Gates has said his kids will get a “minuscule” portion of his vast wealth. Worth $130 billion, the Microsoft mogul plans leave just $10 million to each of his kids — Jennifer, 25, Rory, 21, and Phoebe, 18. During a past Reddit talk, the billionaire stated, “I definitely think leaving kids massive amounts of money is not a favor to them,” and, “Some people disagree with this but Melinda and I feel good about it.”

Said Newman Cohen: “Bill Gates proudly announced to the world he was leaving $10 million to each of his three children, and that the rest of the billions will be left to charity… now that Melinda has control — maybe she wanted to leave more to her children than $10 million each. Maybe she didn’t agree.” She added that the fraction of funds to be left to the kids is “tantamount to disinheriting the children.” 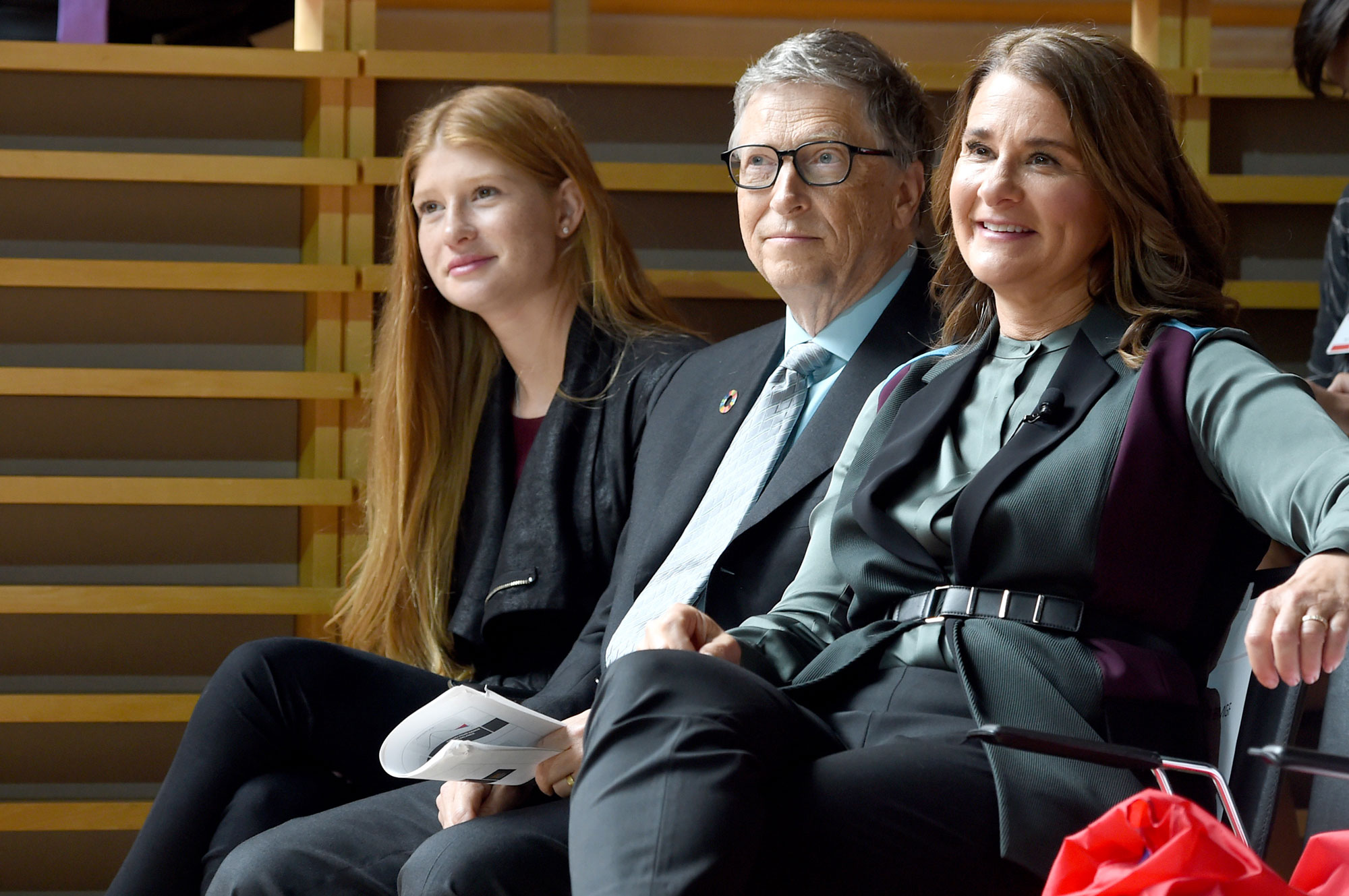 She also said that, “We see divorces for the reason that the mother wants to protect the children. She may be like every other woman… protecting her children.”

Melinda said in her divorce filing that a separation agreement was in place, and sources say that if the parameters of the couple’s inheritance are not detailed in the pact, either party could change the amount their kids inherit. Inheritance is not usually addressed in such separation agreements.

Melinda is being repped by top divorce lawyer Robert Cohen of Cohen Clair Lans Greifer Thorpe & Rottenstreich — whose clients have included Michael Bloomberg and Ivana Trump. But she has also listed estate planning attorney Loretta Ippolito of Paul Weiss, as well as the firm’s Bruce Birenboim, who has repped Citigroup and the NFL. Reports have said that she’d been meeting with lawyers since 2019.

Newman Cohen and Cohen Stine also say that the move for Melinda to divorce, and potentially change her kids’ inheritance, follows a trajectory of female empowerment increasingly expressed by the philanthropist.

“Melinda’s decision to leave her husband — she’s the petitioner — doesn’t seem like a coincidence [given] that her youngest child turned 18,” they pointed out.

The pair also noted that in Melinda’s 2019 book, “The Moment of Lift,” Melinda writes about a confrontation years earlier with Bill over writing the annual letter for the couple’s foundation.

“Bill said the process we had for the Annual Letter had been working well for the foundation for years, and he didn’t see why it should change,” she wrote about asking her husband in 2013 if she could take a turn writing the letter. Ultimately, Bill allowed Melinda to only write a separate piece on contraception — while he again wrote the letter. Two years later, the letter was signed with both their names.

Since the divorce filing, Bill and Melinda’s daughter, Jennifer, last week shared a sweet pic on Instagram with her dad. She also shared a picture with her mother and younger siblings on Mother’s Day, captioned, “Our queen, hero and mom-every day.”

Bill and Melinda announced on May 3 they were getting divorced after 27 years of marriage by saying in a statement, “After a great deal of thought and a lot of work on our relationship, we have made the decision to end our marriage.”

They added: “Over the last 27 years, we have raised three incredible children and built a foundation that works all over the world to enable all people to lead healthy, productive lives. We continue to share a belief in that mission and will continue our work together at the foundation, but we no longer believe we can grow together as a couple in this next phase of our lives. We ask for space and privacy for our family as we begin to navigate this new life.”

Reports have said that Melinda grew concerned about her husband’s connection to late pedophile investor Jeffrey Epstein. Melinda had reportedly warned her tech-mogul husband that she was uncomfortable with Epstein after they met him in 2013 — the same year the Microsoft guru also allegedly flew on Epstein’s private jet from New Jersey to Palm Beach, Fla., according to flight records.

A spokesperson for Gates has previously said he stands by a 2019 statement that he met Epstein but “didn’t have any business relationship or friendship with him.”

Attorneys for Melinda did not return a request for comment.