Leona Lewis accuses Michael Costello of bullying: ‘I was so humiliated’

Leona Lewis rings in 32 with strippers and Channing Tatum

“I have always been a fan of Leona Lewis and she has always adored me. Her team has continuously requested for her to wear us from 2013 up until now,” Costello told Page Six Style in a statement on Wednesday.

He added, “It’s bizarre how her attitude towards me shifted as soon as I spoke my truth in regards to Chrissy Teigen and others trying to blacklist me.”

The “Bleeding Love” singer, 36, took to Instagram on Tuesday to accuse the “Project Runway” designer of body shaming and refusing to make her a custom dress for a charity fashion show in 2014.

“When I got to my fitting I was made to feel very awkward and uncomfortable as the dress was a sample size and he/his team clearly did not want to alter it to fit me,” she wrote in a series of lengthy Instagram Stories. 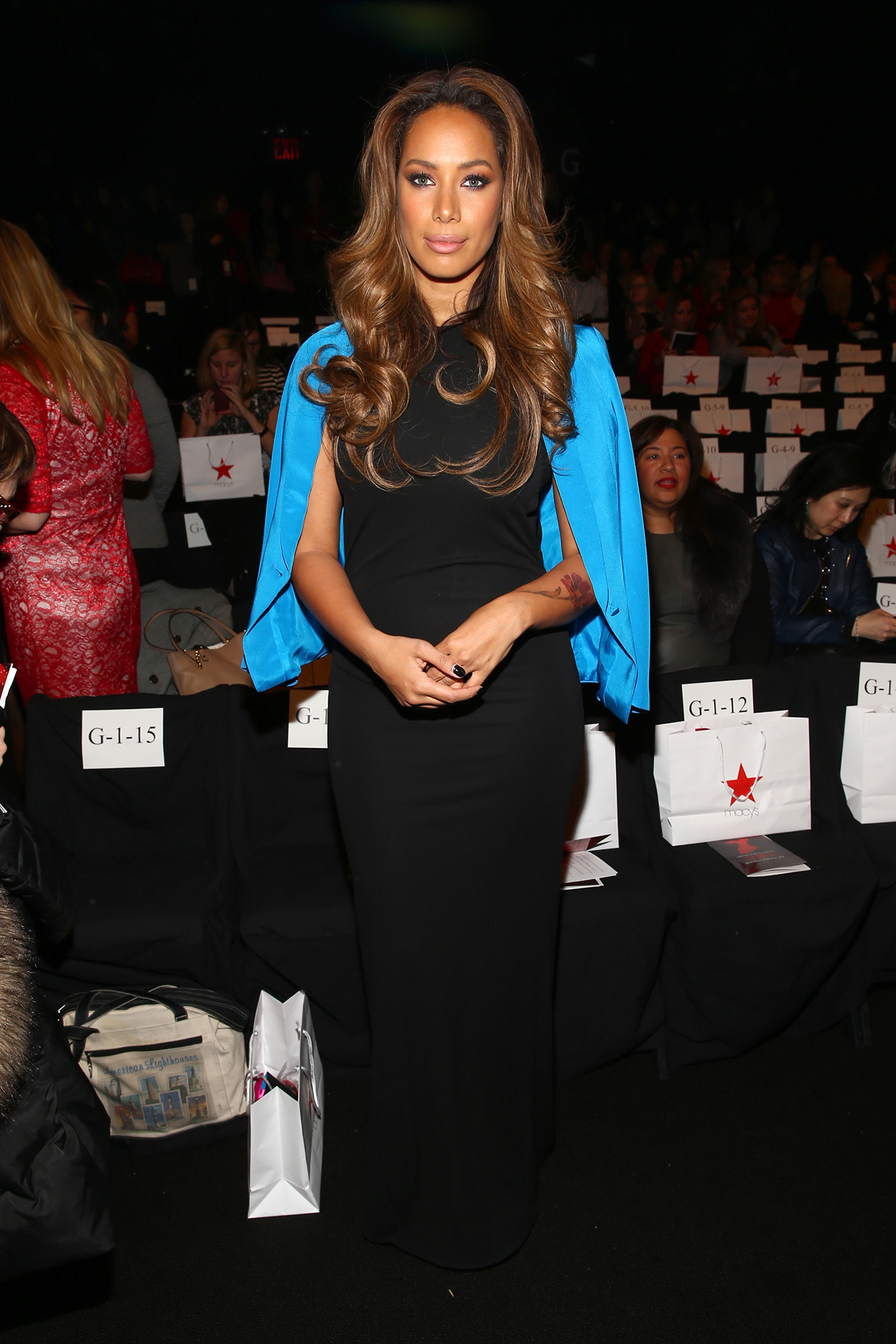 “This came as a total surprise because weeks prior I was told that they would make the dress work for me. At the next fitting, the night before the show, with no explanation at all, Michael refused to turn up,” she continued. “He no longer wanted to dress me and he abandoned his commitments to me and the show which made me well aware that I wasn’t the body type required.”

Costello claims, however, that the mishap was due to time constraints rather than refusal to work with Lewis. 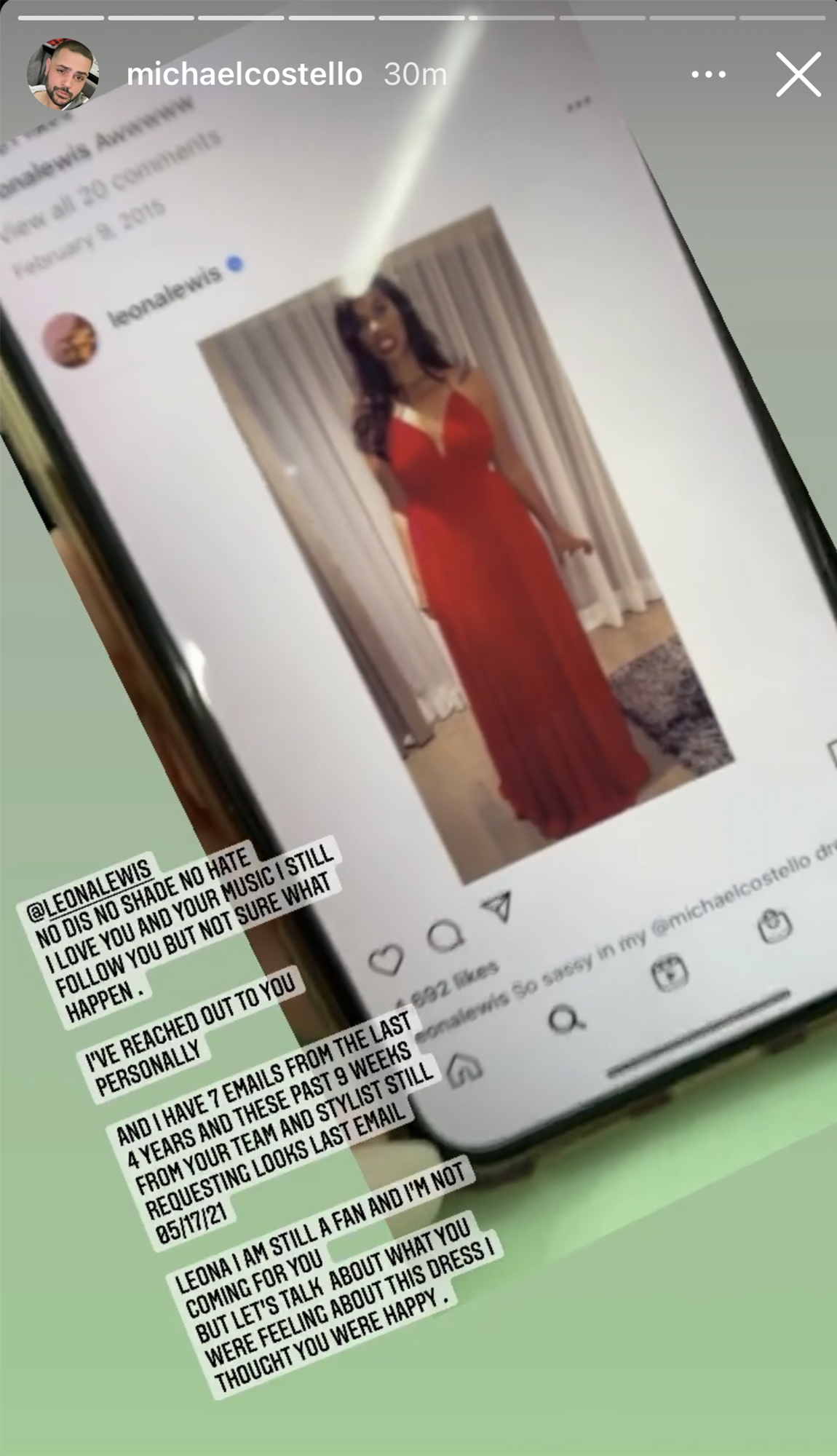 Costello told Page Six Style he “was very excited” to be asked to dress Lewis for the The Heart Truth Red Dress Collection show, which was scheduled to take place on February 6, 2014, just one day before Costello’s own fashion show on Feb. 7. He says the request came to him via Lewis’ rep on Jan. 30.

“Coincidentally I had prepared to show a collection of red silhouettes so I thought it would be ideal to lend her one of my showpieces all for charity and then have it returned just in time for my show,” he said in the statement. 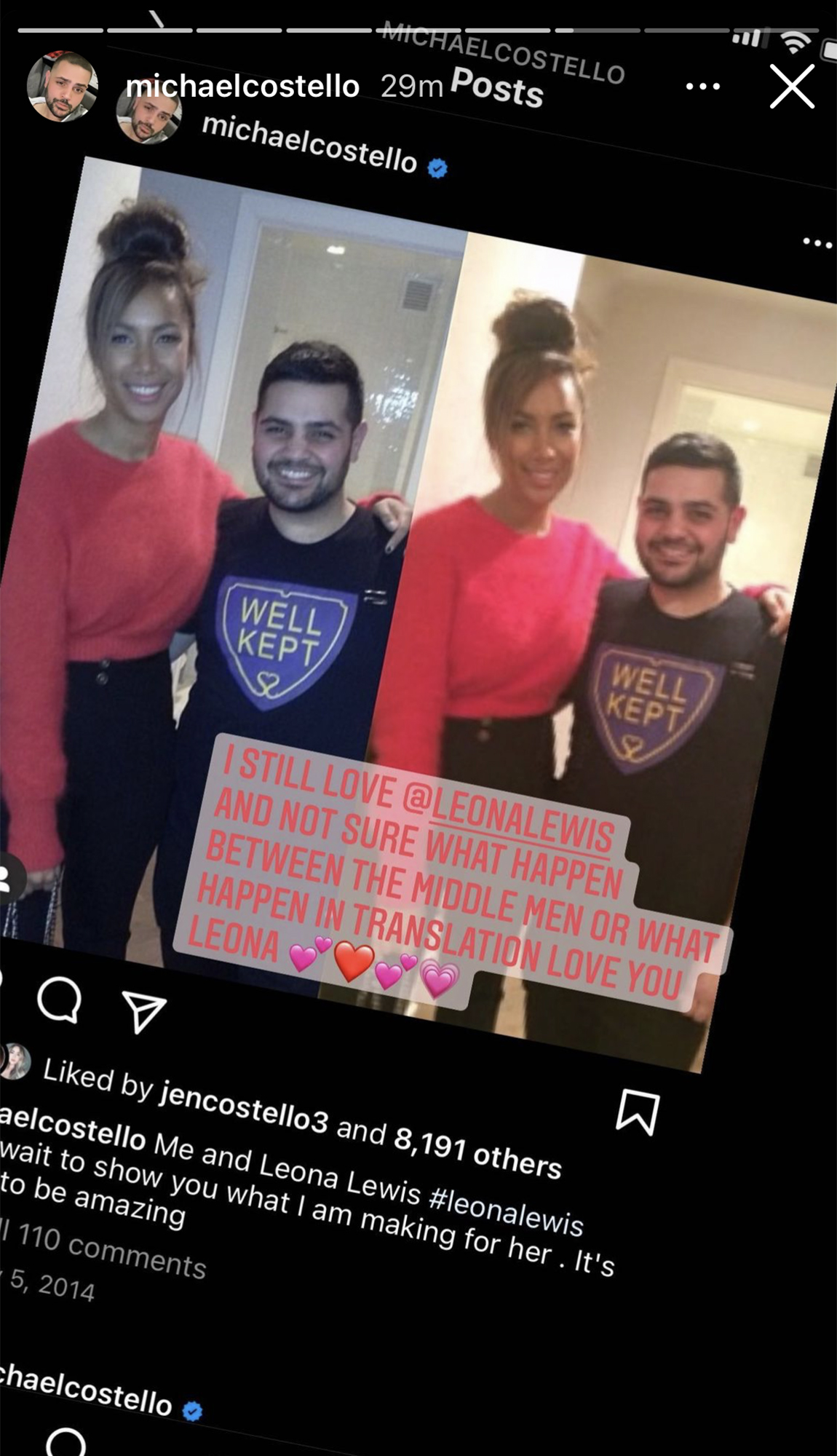 “Unfortunately none of the red options worked out for Leona. There was no way for me to make her an alternative option as I was, and still am, based in Los Angeles,” Costello said. “If we had known about the event more than 7 days in advance, which is the timeframe we had, we could have made something custom for Leona without a doubt.”

He added, “It was nothing personal towards Leona. The plan simply did not work out the way we intended. I have always offered to make something custom and special just for her. I am always here for her.”

Earlier this week, Costello accused Teigen and her stylist Monica Rose of severe bullying and blacklisting him over an allegedly Photoshopped Instagram comment of his involving a racial slur.

“I didn’t see the point of living,” Costello wrote. “There was no way I can ever escape from being the target of the powerful elites in Hollywood.”