Michael Owen is seen falling off his bike outside his home

Owen takes a dive! Former Liverpool striker falls off his bike outside his home while he’s not even MOVING… but BT pundit sees the funny side as he shares footage on Instagram

Michael Owen has admitted in the past he was prone to taking a tumble with no one near him.

And footage of his latest bike ride suggests he has taken the practice into life off the field too, after a fall outside his home.

Given his background, you would have thought Owen would know a thing or two about dismounting from his noble steed.

However, the footballer-cum-racehorse owner came a cropper as he returned home after a cycle round his local area on Thursday evening. 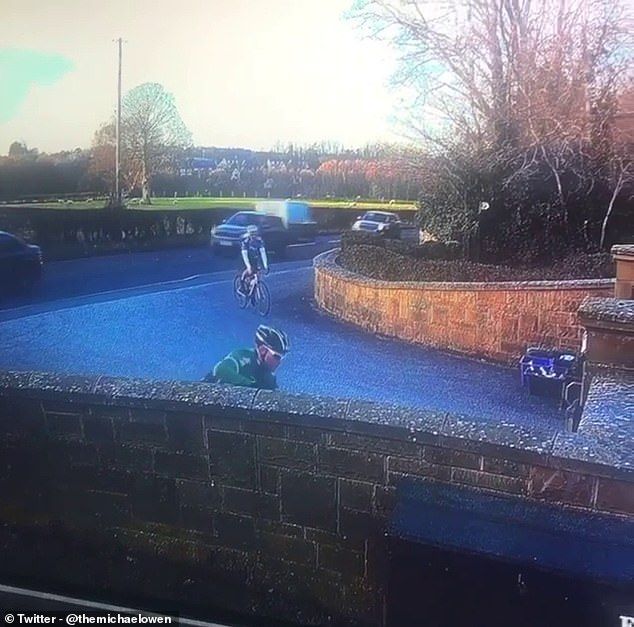 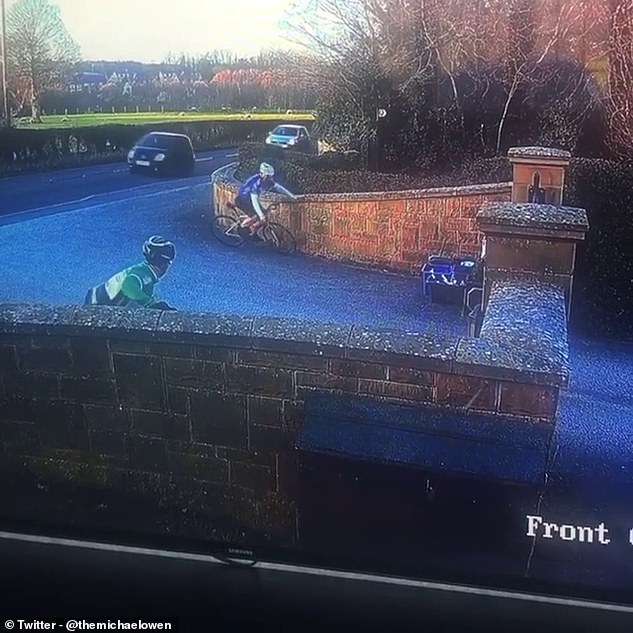 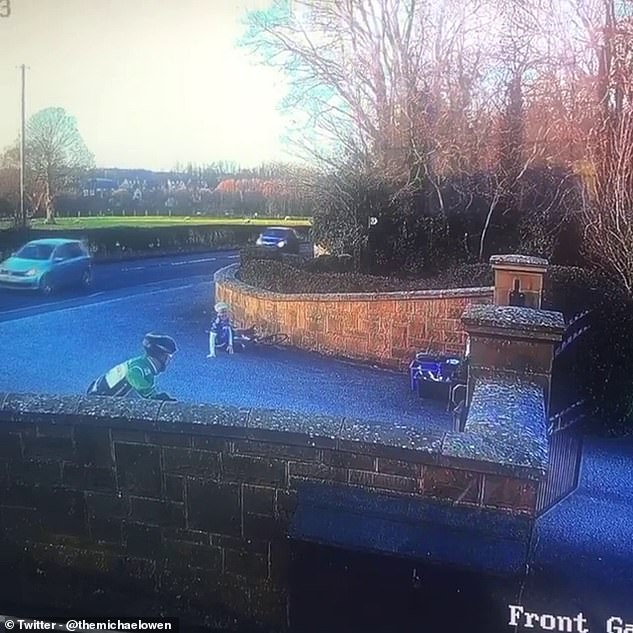 However, the next minute the 41-year-old could be seen on the ground, still clipped to the bike

Footage from the security cameras surrounding his Cheshire residence showed him approaching the gates and using the wall for balance.

Unfortunately for the former Liverpool and Manchester United striker, he forgot he was still clipped in to his bike, and on trying to find the floor with his feet, only succeeded in toppling himself.

Still, the 41-year-old was able to see the funny side of things, and shared the hilarious footage on his social media platforms.

He put up the full video, in which he and his companion could be seen laughing, and posted with the comment: ‘First ride of the year and I forgot the golden rule; if in doubt, clip out.’ 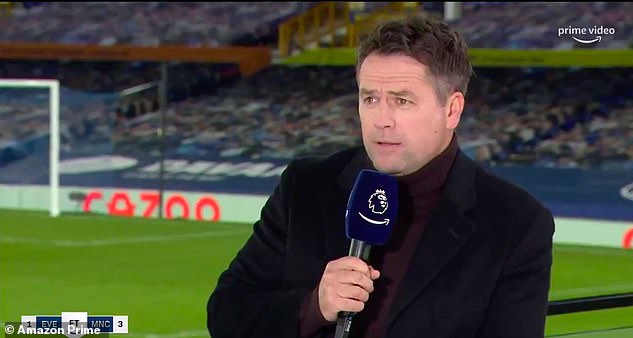 Owen, who works as a pundit for BT Sport and Amazon Prime, has spoken about his diving

He finished up his post with a laughing face emoji, followed by a monkey holding its hands over its eyes.

Owen has admitted previously that he was prone to taking a tumble throughout his career, admitting he went down easily under challenges to help his team out.

The striker has even admitted to diving during the 2002 World Cup to win England a penalty against Argentina in the group stages.

‘[Mauricio] Pochettino actually did touch me, clipped my knee. It wasn’t enough to put me down, but the only reason I went down was because earlier in the game someone fouled me,’ he admitted in 2018.

‘Collina was the referee, one of the most famous referees of all time, and I said “referee its a penalty” and he said “Michael you know you have to go down to win the penalty”.

‘He told me you have to go down, so I thought next time I get touched I’ll go down and I did and he gave me a penalty.’ 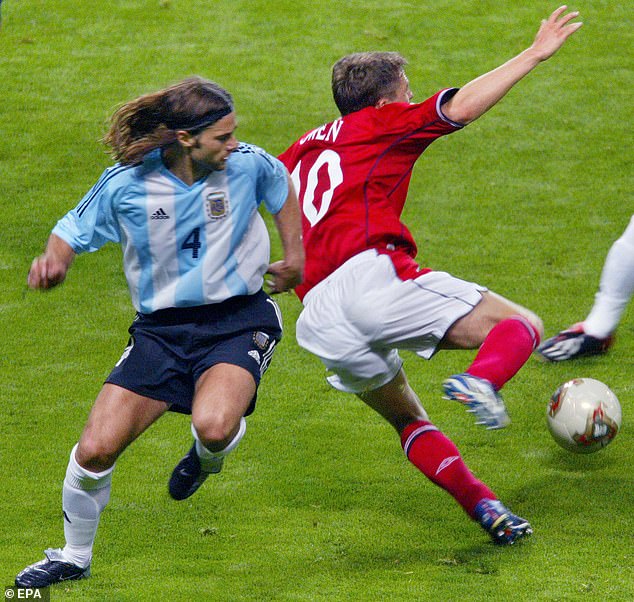