For anyone who has wished they could leave their favorite city and hibernate in a cave, Miguel Adrover is here to tell you it’s pretty magical.

Giving new meaning to going underground, the former fashion designer spends his days holed away beneath the earth’s surface in Majorca toiling on his art. The 11.5-foot subterranean space is technically a 300-year-old well that requires a ladder to get in and out of. Agreeing that it looks like somewhere a serial killer squirrel away, Adrover prefers to seal off the entrance.

After lunch, he retreats to the well to work and stays there until nightfall, which strikes around 9:30 p.m. at this time of year in the Balaeric Islands. His winter schedule is more restricted, due to the limited hours of daylight. Adrover created a light calendar inside of the well to keep track of the changing light. Summer or winter, though, the air temperature in the well is not too cold nor too hot, he said.

When he first immersed there five years ago, there was a fear factor. “There were snakes. I’m really afraid of snakes,” he said. “But they weren’t poisonous snakes.”

Now that five serpents are no longer an issue, he is even more focused on his art.

On view at the ABA Art Lab in Majorca through the end of August, the work includes images Adrover shot of glass orbs and objects that belonged to his great grandmother that have been passed down from one generation to the next. The limited-edition prints range in price from $2,000 to $7,000. Separately, a planned collaboration for an exhibition of blown glass was postponed until next year, due to a death in the head artisan’s family.

But back to the well. “The light is so magical. It’s kind of like the light is inside the darkness. It’s like [Michelangelo Merisi de] Caravaggio’s light. You know how the background [of his paintings] are dark all the time? It is much more dramatic,” he said.

In New York, the overused I’m-an-artist introduction made Adrover reluctant to describe himself that way. “Giving myself that title is something that I should not do,” he said. “I stopped having sex with people five years ago. I don’t drink alcohol or do drugs. I dedicate my soul and my body to my work, the art and what I have inside,” seemingly suggesting why he is an artist.

As for whether he used to drink alcohol and do drugs, Adrover said, “Yeah, well, in New York of course — like everybody I guess. But a lot of my work is [driven from] the devil is in the bottle. Living in the country is a different story. I don’t need the energy. Living in New York, I was working for the corporate [stores], going everywhere and going crazy. Sometimes you really need it. Here, I’ve started a new life now. It’s studying one thing, finishing it and that’s my prize.”

While many dream of giving up city life for a more hermetic existence, Adrover said there is no greater elation. “I do go run with my dogs and lie down in the middle of the forest. I feel part of the forest and the nature that surrounds me. That is crazy good. I never felt that high before. It’s the simple things.”

The $200 camera that he started working with has been replaced by a $2,000 one. Film processing and lighting are other skills he has polished up. Before the pandemic, Adrover had appointments set up with a few New York galleries, but that plan was squashed by travel restrictions. Unfazed, he hopes to get to New York at some point, with Gagosian on his wish list. Galleries in London and Paris have extended offers to represent him, he said. “This is just the beginning for me. I’m ready now.”

“Very proud” of pioneering repurposing, upcycling and politicizing fashion through his signature collections, to try to fight climate change he worked with the German sustainability-focused Hessnatur. “All of these things, people have on the table today,” Adrover said. “I’m here now because I did all of those things before. It’s a continuation of myself, maybe in another format, yeah. But my emotions are there, too.” 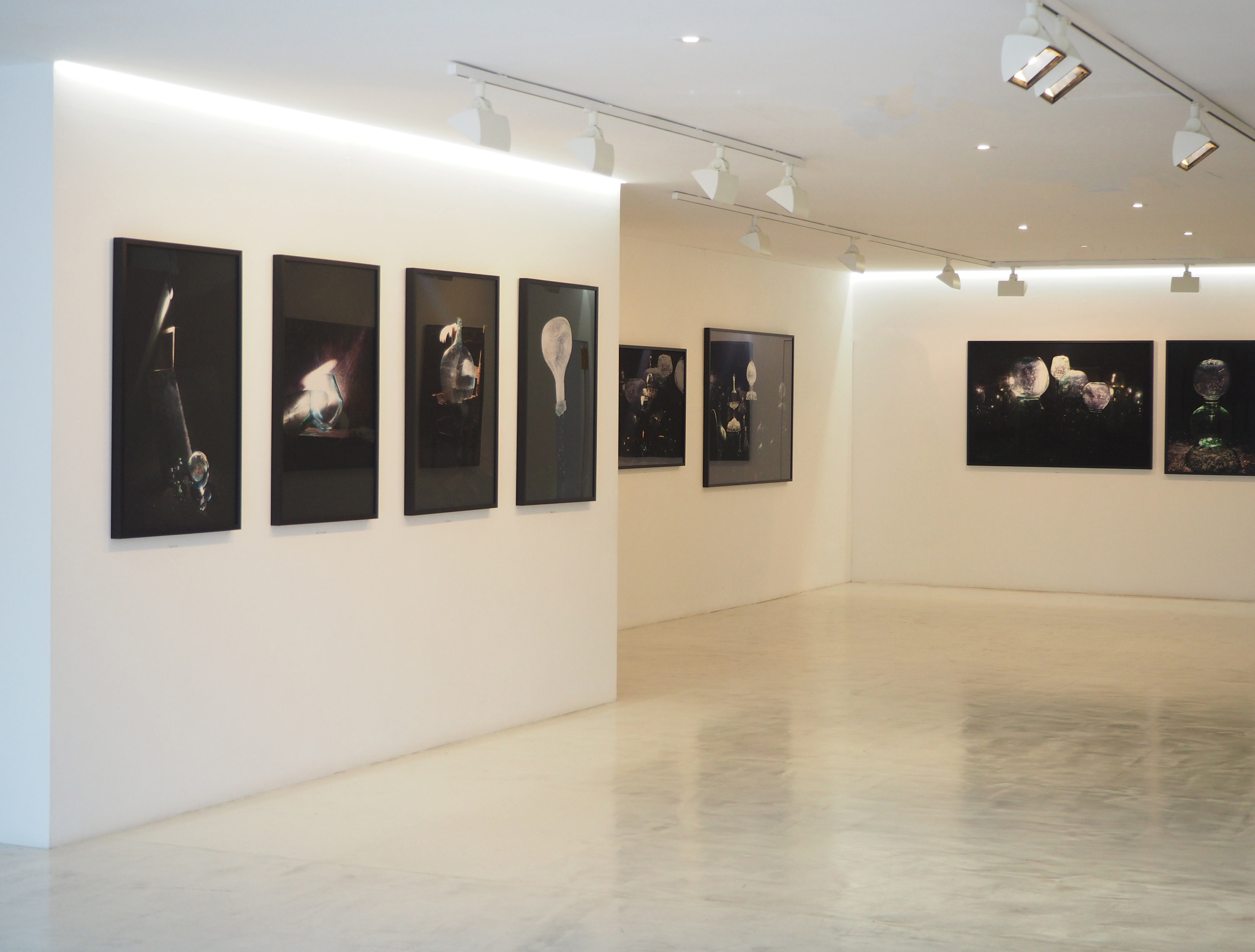 The former fashion designer’s work will be on view all summer. Photos by Miguel Adrover/Courtesy

The well was discovered while photographing designs from his collections on mannequins in various places in the countryside. In addition to adjusting wigs and putting makeup on the mannequins, he went on location by traipsing through the hills and pulling a cart with the mannequins. As for the appeal, he said, “I feel so protected. I used to live in a basement [apartment] in New York. I used to work in a club that was underground. It’s kind of natural for me. When you go down, what happens in the outside world doesn’t really matter as much. The energy and the emotion down there, when you close everything off, is very concentrated on your own self.”

Another series is titled “Offerings.” When his father needs to kill a lamb or turkey for sustenance, Adrover sometimes photographs the animal dressed in his First Communion clothes, wearing earrings and with other adornments. Are we still talking about the dead turkey? “Yeah, I’m honoring him. He’s been sacrificed for us to eat. Normally, people don’t pay any attention to the bodies of the animals. When you live in the country, you see these animals every day.”

His artistic studies have involved using fabric to shape faces or human bodies. Partial to artists like Diego Velazquez and Francisco Goya, Adrover said a visit to the Prado Museum in Madrid made him realize the 17th- and 18th-century paintings are “so breathtaking,” due to the way that the fabrics and clothing in the paintings are draped and made. The classic Masters used to drape the fabrics in such a way that expressed emotion, according to Adrover, who said that is even evident in the minimal perizoma depicted in paintings of Christ’s crucifixion.

Although he ditched a cellphone years ago to focus on his work, Adrover spends an hour or two each day “chitchatting with my friends in Instagram because nobody answers the phone. It’s like having a magazine. I put up whatever I want,” he said. “A friend of mine put Instagram on my computer. He’s a hacker. I just do it all on the screen. I don’t have a mobile so people aren’t calling me all the time. Sometimes I want to be connected, but I want to be disconnected, too.”

Addressing anyone who might have a little well envy about his preferred work space, Adrover said, “What you need to do is find yourself. When you find yourself, you are not alone,” adding that he sees people once a week and his parents every day. “I don’t go to the village or any place. But that’s because I’m happy. I talk on the [landline] phone or do things, but I’m working all the time.”

He added, “What I’m doing I want to share with other people. Art can help heal a little bit. When you see beauty or creation, life is sweeter. It helps you and that’s the power.”

Without any deadlines to worry about, he can develop stories and techniques, Adrover said, “It’s a way to express myself purely. It’s not interactive. I don’t have any assistants. Nobody is helping me with anything. I learn how the light works.”

Earlier this month, there was an opening for “La Llum.” Adrover said, “It was like a show. It was almost the same process for the preparation. The only thing was there was no backstage or models. It’s a lot of hard work, but I am happy.”