Millions of Girl Scout cookies have gone unsold this year — and it’s not because of thinning demand for Thin Mints.

Girl Scouts of the USA said it will be forced to donate or sell 15 million boxes before their expiration date runs out in 12 months as local troops nationwide canceled their sales routes this year for COVID safety reasons, according to a report.

"This is unfortunate, but given this is a girl-driven program and the majority of cookies are sold in-person, it was to be expected," spokesperson Kelly Parisi told the Associated Press.

In normal times, the 109-year-old group sells some 200 million boxes a year that generate $800 million in sales that are used for programming and camps.

But some Girl Scouts leaders say there are other reasons for the glut of Thin Mints, Samoas and Tagalongs. They point to declining membership in the civic organization — about 1.7 million in 2019, down 30 percent from a decade earlier — as well as an AP report in December about child labor that is used for the palm oil in the cookies. 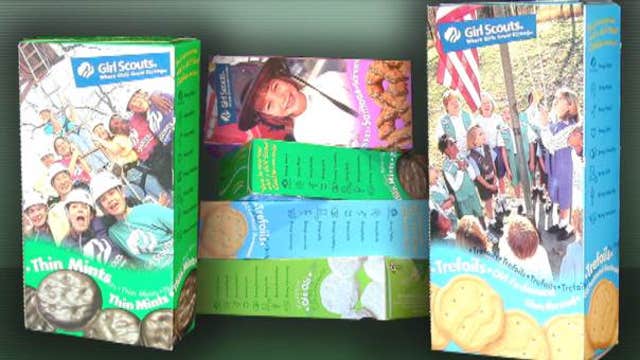 Some local troops boycotted the sales this year because of the palm oil report — an issue Parisi said the organization is addressing by working with the Roundtable on Sustainable Palm Oil, according to the report. Environmentalists have likewise cited the spread of palm oil plantations in Asia as a key destroyer of habitats for endangered animals including orangutans.

"Unfortunately, it took a global pandemic to bring all the problems to the surface," Agenia Clark, president and CEO of Girl Scouts of Middle Tennessee, told AP.

About 12 million of the unsold cookies are sitting at two bakeries that make them — Little Brownies Bakers and ABC Bakers, which are helping local troops to donate the boxes to food banks and the military while the remaining 3 million are in the hands of local troops, according to the report.

Some troops are encouraging people to buy boxes online — and the organization did partner with Grubhub last year to deliver such orders — and to donate them to health care workers and other front line workers. Some troops even relied on drones for deliveries.

The last time Girl Scouts faced a comparable blow was during World War II when there were shortages of sugar, flour and butter, according to the report.

Girl Scouts USA did not immediately respond for comment.