Vodafone has provided the mobile phone location data of several million Australians in an anonymised and aggregated form to the federal and NSW governments to monitor whether people are following social distancing restrictions amid the coronavirus pandemic.

To date, governments, medical experts and the media have used location data from transport apps such as CityMapper, which shows how people move throughout cities like Sydney and Melbourne using public transport, in an attempt to determine whether people’s movement has reduced. 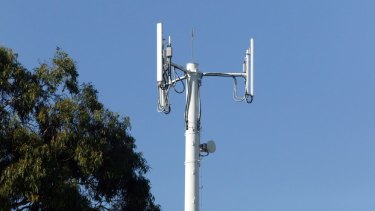 Mobile phone location data can be used to track the movement of people.Credit:Robert Rough

But such data is limited in its use as it relies on active usage of one app alone – an app that isn't necessarily used by a large percentage of Australians. Google has also published an Australian report based on Google Maps and how its users' movements have changed. Mobile phone location data of millions of users from one of Australia's telco providers, however, can provide a clearer picture.

In a statement to the Sun-Herald and Sunday Age, Vodafone Australia's director of corporate affairs, Dan Lloyd, said the telco had "provided, on request, aggregated network information to the NSW Department of Customer Service and the federal Department of Prime Minister and Cabinet".

"This information simply shows the total number of subscribers in various areas at points in time," Mr Lloyd said. "This information can help show trends in population movements immediately before and after the lockdown measures with the aim of assisting in the reduction of the spread of COVID-19."

When asked by a journalist a week ago whether he would follow the British government, which is using such data from telcos to track whether Britons are following lockdown laws, Prime Minister Scott Morrison said: "the Australian government isn't doing that." 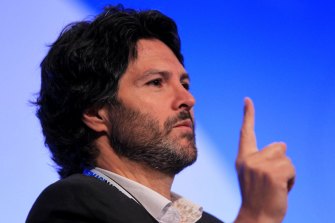 "The more we can measure and model this virus, the better we can respond to it and the more lives we can save."

But Mr Dominello said NSW would "absolutely not" consider using telco data to enforce isolation of people by checking whether they leave their premises.

The terms "anonymised" and "aggregated" mean the data is displayed in a summary form for purposes such as statistical analysis. In theory, this means individuals cannot be identified in it. The ability for individuals to be tracked using mobile location data is possible but with legal hurdles.

A Telstra spokesperson said: "There's a careful balance to be maintained between ensuring law enforcement and the government has the information they need to protect the country and for people to be confident their data and privacy is being handled with respect and due consideration.

"We work closely with intelligence agencies and law enforcement to support national security and safety efforts under the relevant legislation. Any data requests from law enforcement or government are confidential so we're unable to disclose if we've had any requests."

Optus said its priority was to keep Australians connected and safe. "This includes working with our Commonwealth and state governments to assist their efforts in navigating our country through these challenging times. We do not publicly share the requests we receive."

NSW Health said it had not requested data from telcos to track an individual's movements but that it was investigating the use of a range of technologies to enhance its contact tracing process, whereby it identifies those who need to self-isolate after coming into contact with a coronavirus carrier.

In the early days of the outbreak in February, South Australia's health department used an Apple iPhone’s inbuilt location services in a bid to trace the historical movements of a couple diagnosed with coronavirus. "The use of phone data was a very unique situation," an SA Health spokeswoman said. "The couple involved didn't speak much English and were unfamiliar with Adelaide so weren't able to clearly recount where they had been to contact tracers."

The couple volunteered their phones to South Australia Police, who worked with SA's Chief Public Health Officer to analyse the data.