The Morrison government will direct its Snowy Hydro power corporation to build a $600 million gas-fired power plant in the Hunter Valley, ignoring calls that the investment is unneeded.

The long-anticipated intervention in the energy market will result in a 660-megawatt gas-peaker plant being constructed at a former aluminium plant in Kurri Kurri. An environmental impact statement made public last week said the plant would operate two per cent of the time and create 10 full-time jobs once constructed. 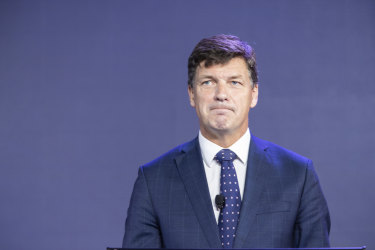 Energy Minister Angus Taylor told ABC radio on Wednesday morning that the investment was needed to fill a gap in the electricity generation market when AGL’s Liddell coal-fired power station — also in the Hunter Valley — closes in 2023. Snowy Hydro is owned by the Commonwealth.

“It will deliver a return on investment,” Mr Taylor said, adding that it will also drive down energy prices and emissions while ensuring “we keep the lights on”.

While the announcement comes days before a critical state byelection in NSW’s Upper Hunter, the NSW government is not contributing funds to the project.

A senior government source, who declined to be named because the person was not authorised to speak publicly, said the Morrison government had approached Premier Gladys Berejiklian to provide money for the project, but she refused.

The announcement was made just hours after the International Energy Agency released a report warning that it expected new and some existing gas infrastructure to become redundant in its economic lifetime should the world meet critical carbon pollution reduction targets under the Paris agreement.

The Morrison government had said it would intervene if the market didn’t come up with 1000MW of so-called readily dispatched generation capacity by the end of April to fill the 1680MW gas Liddel’s closure will create.

Earlier this month, EnergyAustralia said it would build a 316MW gas-fired power plant at Tallawarra, just south of Wollongong. That power station came with a $78 million sweetener to support its introduction of hydrogen as a complement fuel in a bid to provide a gateway for the emergency energy source.

“Building a new gas power station in NSW will raise electricity prices for residents and businesses, not lower them,” said Andrew Stock, a long-serving energy executive and spokesman for the environmental advocacy group Climate Council.

“Gas is expensive and gas peakers that rarely run need to drive up prices to get a return. Federal interference in the electricity market also discourages private sector investment.

“Any potential shortfall created by the closure of Liddell power station would have been filled by the NSW state government and energy industry’s announced plans to build renewable energy zones and big batteries across the state.”

Bruce Robertson, an energy analyst with the pro-renewables Institute for Energy Economics and Financial Analysis described the decision as “strange” and one without a business case.

The Singleton doctor Bob Vickers, a member of Doctors for the Environment, said the new gas plant would add air pollution in mining, refining, transporting and combusting the gas.

“It makes no financial sense compared to cleaner technologies, and will cost significantly more in worse health outcomes.”