Mother-of-two loses 129lbs after giving up drinking for good

Mother-of-two loses 129LBS and gives up alcohol for good after her weight ballooned when she turned to binge-drinking, smoking, and fast food to cope with her depression

A mother-of-two has shed a whopping 129lbs and given up alcohol for good after depression caused her to binge drink and feast on fast food every day, causing her to pack on the pounds.

Kassidy Riekens, 28, from Wyoming, started gaining weight in 2010, less than five years before she became pregnant with her first child in 2014.

At the time, she admits she didn’t take into account what she was putting into her body and would drink alcohol, eat fast food and smoke cigarettes every day to cope with her depression.

New outlook: The 28-year-old spent years binge-drinking, smoking, and eating junk food to cope with her emotions, but decided to change her lifestyle after her daughter’s birth in 2014 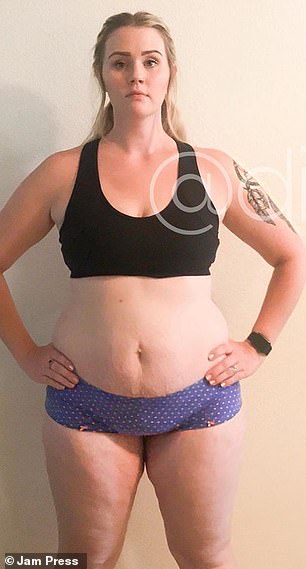 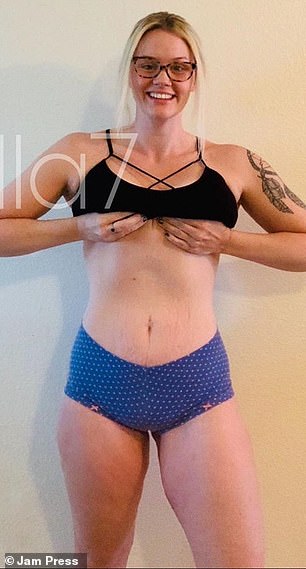 Moving on: Two weeks after her daughter was born, Kassidy made drastic changes to her lifestyle, including giving up alcohol for good 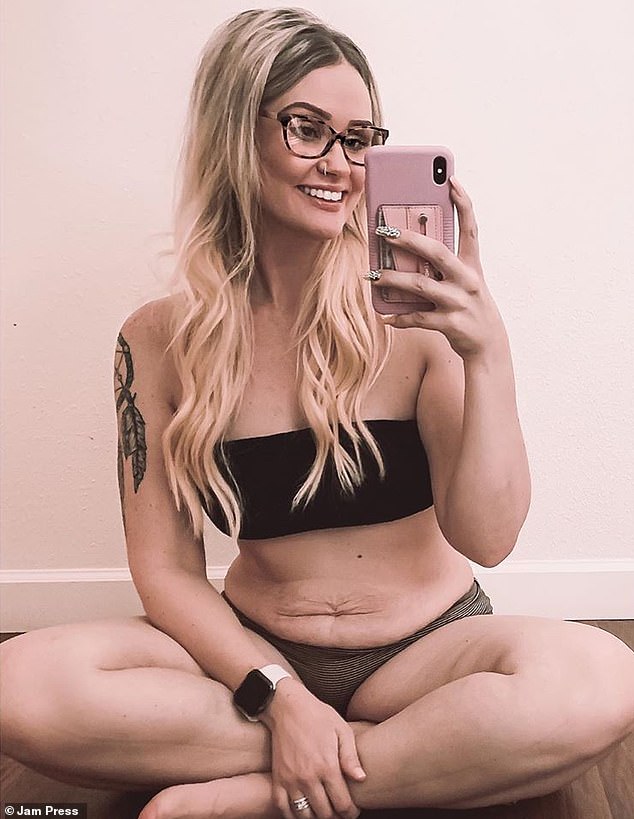 Healthy and happy: Since then, Kassidy has lost a staggering 129lbs and now weighs 144lbs

The mother-of-two would binge on alcohol most nights to ‘mask her feelings’ causing her to act out and rely on her husband to take care of her when got drunk.

Kassidy’s sedentary lifestyle and unhealthy eating habits caused her to pile on the pounds, peaking at 260lbs after she gave birth to her daughter in 2014.

Two weeks after delivering her child, the 28-year-old decided it was time to change her lifestyle once and for all.

‘It was a cycle that I was stuck in. I did the same thing every single day.

‘I would eat fast food and junk, get drunk at night, and sit around doing nothing with myself.

‘I was extremely unhealthy. I smoked cigarettes and didn’t care one bit what I was consuming and putting inside my body.

‘I decided to lose the weight two weeks after I delivered my daughter and never have looked back.’

Kassidy began exercising every day by going for walks, running and keeping active.

She also changed her eating habits and started making better food choices, causing her to lose a total of 129lbs.

Since giving birth to her second daughter, Kassidy now weighs 144lbs and feels better than ever.

Kassidy is now sober and has quit drinking for good.

The mother-of-two said: ‘It feels amazing being sober.

‘My drinking was getting out of control. I was leaning on alcohol to mask my depression, mask my feelings, mask my physical pain, and mask the world. 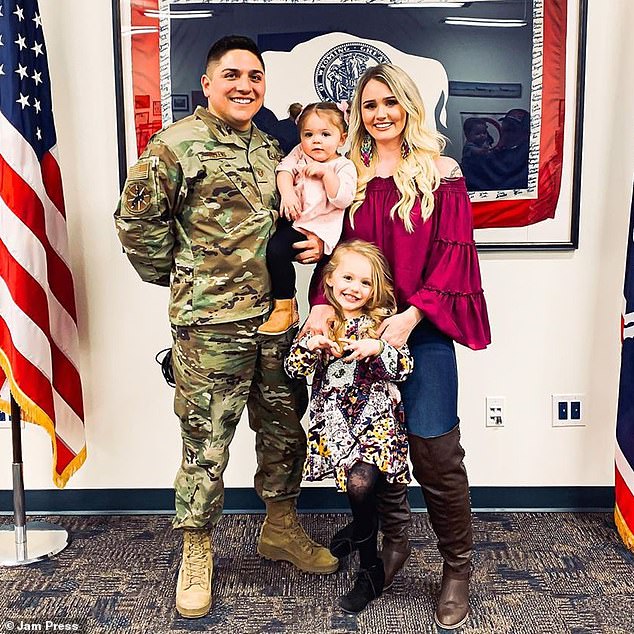 Family first: ‘I didn’t ever want my kids to see me act like that or my husband having to take care of me while drinking,’ Kassidy, pictured with her husband and their children, said

Slimming down: Kassidy has charted her weight loss progress on Instagram, sharing images of her changing body shape, as well as her healthy mental outlook

‘Proud’: The mom-of-two says she is incredibly proud of the things she has achieved, particularly her decision to walk away from drinking 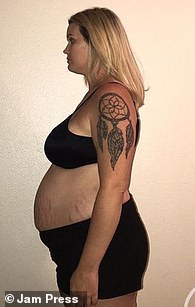 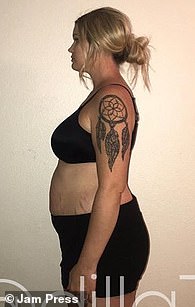 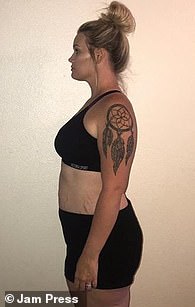 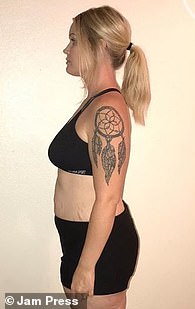 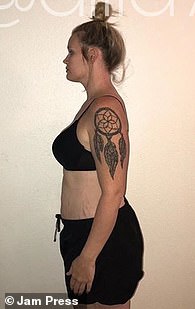 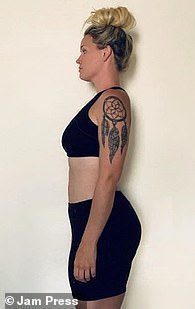 Fight: Kassidy admits that the journey has not always been easy, but she hopes that her weight loss journey will inspire others who want to get into shape and change their lives

Fulfilling: ‘I can’t thank myself enough for pushing through. It changed my life in ways I could’ve never imagined,’ Kassidy shared

Healthy: Kassidy has also developed a love of fitness, which she regularly documents on her Instagram account

‘I was drinking often which is terrible for you not only physically but mentally too. I would act irrational and do things that weren’t like me.

‘I was never clear-headed and constantly asking for forgiveness when I would mess up, which was often.

‘I didn’t ever want my kids to see me act like that or my husband having to take care of me while drinking. It was embarrassing and not who I wanted to be. So, I quit cold turkey.

‘I want others to realize that despite the struggles we are constantly facing, it is possible to succeed at something if you put your mind to it.

‘I think people think they’re limited to things that they’re actually not. The sky is the limit and it’s going to be hard!

‘But I can’t thank myself enough for pushing through. It changed my life in ways I could’ve never imagined. It’s made me who I am today and I’m proud of that person.’