Two women meet on a train to Cornwall. Both are embroiled in bitter divorces, but their circumstances are starkly different. Hannah’s rich ex, Jake, refuses to support her or their six-year-old daughter, Maisy, so she is forced to work as a cleaner while Jake takes holidays with his new lover.

Wealthy Jinni’s husband, Con, treats her ‘like trash’, because cancer has left her unable to have children.

As their train clatters towards Penzance, Jinni makes a proposal: what if they made a pact to murder each other’s husbands?

When Hannah meets Jinni’s ex at his Cornish mansion, her first impression, of a terrifying giant, begins to change.

With a plot that combines Hitchcockian suspense with fairy tale romance in a glorious Cornish setting, The Golden Rule is a delicious summertime read.

In a London hospital at the turn of the millennium, Isaac and Hope are overjoyed about their unexpected baby.

For both couples, the night will end in tragedy. Seventeen years later, the secret link between them will come to light.

Can love ever justify an unforgivable action? And if you suddenly discover that everything you believed about your family is untrue, are you still the same person?

Heartbreaking but redemptive, and lightened by French’s trademark humour, this is a compelling read that will keep you poised between laughter and tears. 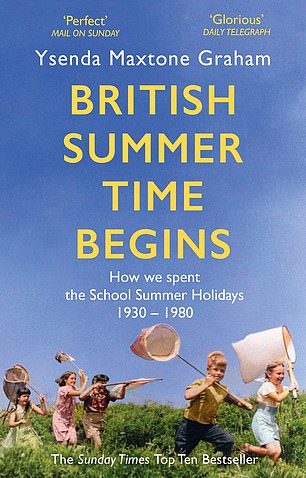 Walking out of the school gates on the last day of the summer term, children used to feel as though they were stepping into infinity.

But before the internet, video games and foreign holidays, what did children do for entertainment?

In her entrancing history of summer holidays, from 1930 to 1980, Ysenda Maxtone Graham finds that the answer is often ‘not very much’. But what made those summers marvellous was the almost total absence of grown-ups.

Interviewees from Dennis Skinner to Jilly Cooper recall days spent roaming free, with no rules beyond having to be home in time for tea.

Blissfully nostalgic, this is a glorious celebration of chilly beaches, dipping for minnows and the superpower of imagination.