Networking Landed Artist King Nilah On The Cover Of ESSENCE

King Nilah first encountered ESSENCE under a Razac-scented cloud as a kid. “My mom used to do hair when I was younger and they always had ESSENCE magazines,” said the rapper whose real name is Nilah Bogar. “The women who were getting their hair done, while they were under the dryer, they would always pick up those magazines.” The patrons flipping through its pages had no idea the child waiting out her roller sets would one day be the publication’s cover girl.

Nilah grew to become a performer and entrepreneur who constantly networks across with those in her professional orbit. One day she made a chance connection with a makeup artist she met at the day job she used to finance her creativity. “I was doing my thing with music,” she said. “They knew that I was doing music and I just so happened to reach out.”

The budding talent asked the makeup artist if she knew any photographers and, in 2016, she introduced her to Paul Chinnery. King Nilah contacted Chinnery in search of “really great headshots,” without knowing that they would one day be converted into a vibrant quilt by artist and ESSENCE cover creator Bisa Butler. “I had no idea who Bisa Butler was,” Nilah confessed. 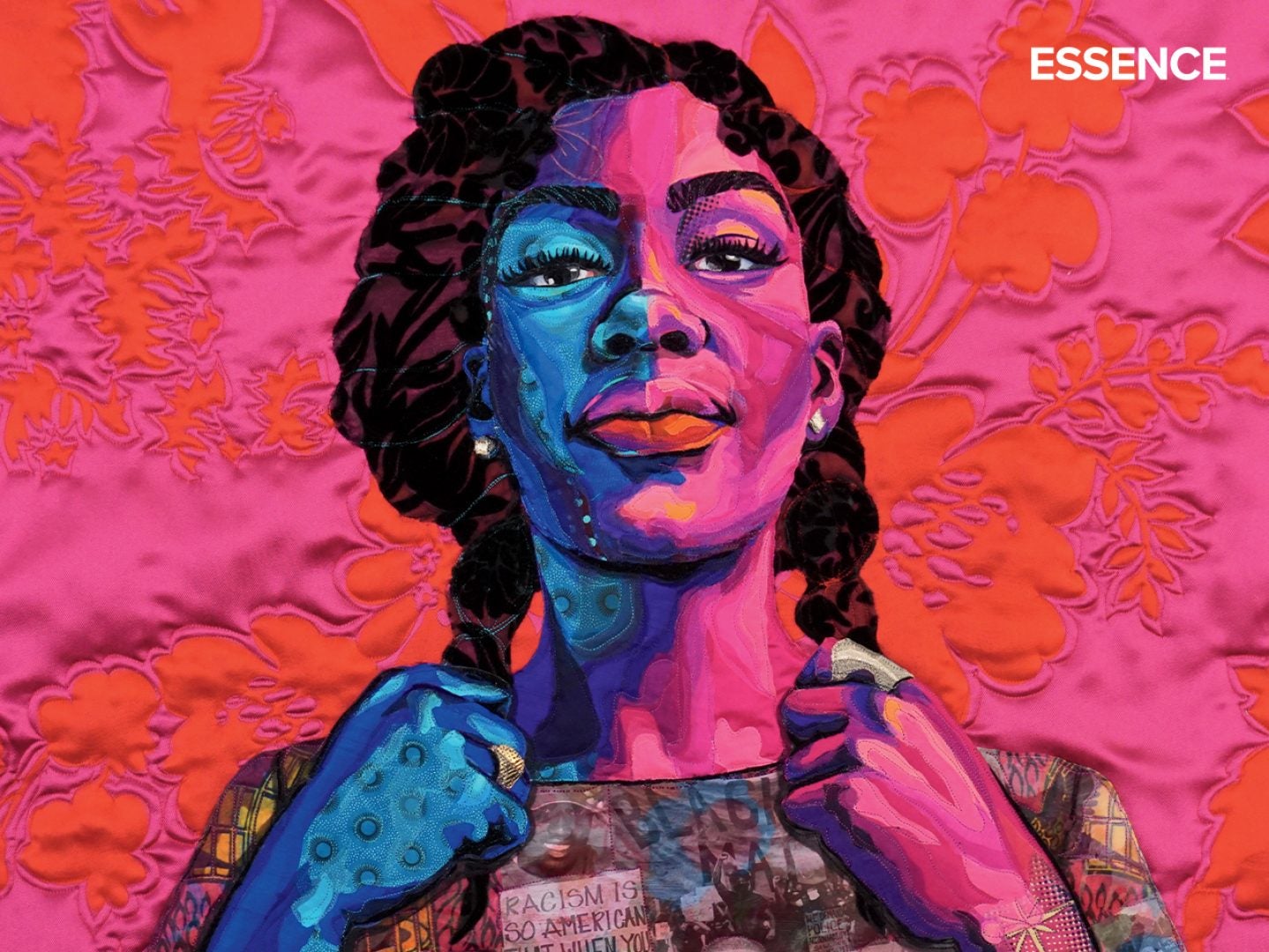 “We ended up connecting and we shot those photos,” said Nilah. “I look at it today and it’s so powerful.”

Nilah expected the session to be something that was more classic marketing than contemporary art. “I didn’t have a specific direction. I just knew that I wanted some headshots for the media kit but he was saying, ‘I got this great idea. I want it to look powerful.’”  She translated her vision for her project and career to Chinnery after he expressed interest in doing something stripped down and unique.

“He was just trying to fish it out of me,” Nilah explained. “I was telling him, ‘I just want to be that person that’s a leader, a person that’s a go-getter. That’s what I want the photo to convey.’”

She hadn’t thought about the image for years when the photographer “reached out to me and told me what was happening,” Nilah shared. What was happening was the photo was going to serve as the inspiration behind the cover image of ESSENCE’s July/August issue.

The phone call made earlier this year came and went for Nilah, who was preoccupied with building the Femcee Movement, a platform for female artists she developed after seeing the independent music scene be dominated by men.

“Whatever, as long as it looks professional,” Nilah recalled telling Chinnery before returning to scheduling the platform’s event series and producing its platform podcast. “I didn’t think it was going to be something this major,” she admitted.

Weeks later, she received a text message from her mother featuring her image stitched into a major part of history. “I didn’t believe it was real at first,” she confessed.

Being a part of the magazine’s 50-plus year legacy meant something to the artist after years of seeing it on coffee tables and nightstands. “My grandmother was a subscriber to it,” she said.  “It definitely always was an inspiration to me.”

Nilah was also inspired by Butler’s work. “She took it to a whole other level,” she said.“It’s just so amazing to see you know, myself on that cover that I’ve been paying attention to since I was younger.”

The strength of the image reflects King Nilah’s determination not to abandon her own art and to continue celebrating the art of others. “What the photo exemplifies is to persevere and stay strong and do your thing no matter what’s going on.”