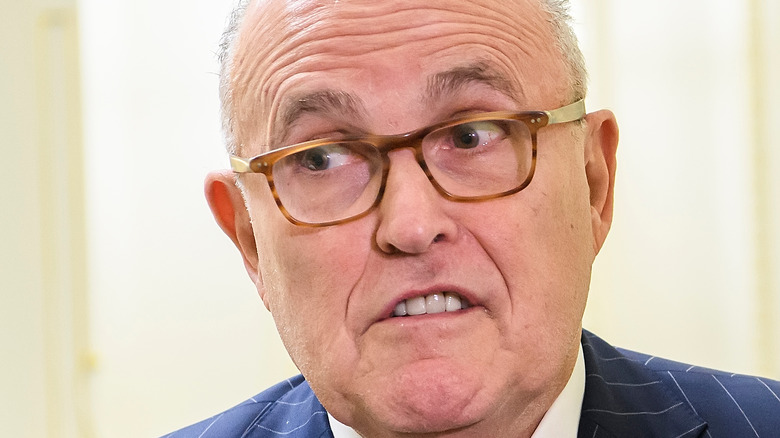 Former New York Mayor Rudy Giuliani will no longer be able to represent former President Donald Trump as his personal lawyer, at least for the foreseeable future, but it’s not because he and Trump have come to a parting of ways. Giuliani has been officially suspended by the state of New York from practicing law, because he made false declarations about the results of the November 2020 Presidential elections.

In its decision, the Supreme Court of the State of New York’s Appellate Division said that Giuliani had “communicated demonstrably false and misleading statements to courts, lawmakers and the public at large in his capacity as lawyer for former President Donald Trump” and that these false statements were made to boost the narrative that elections were “stolen” from Trump. The court also said that Giuliani’s conduct “threatens the public interest and warrants interim suspension from the practice of law.” The interim suspension kicks in immediately (via Reuters).

Rudy Giuliani has traveled across the country alleging voter fraud 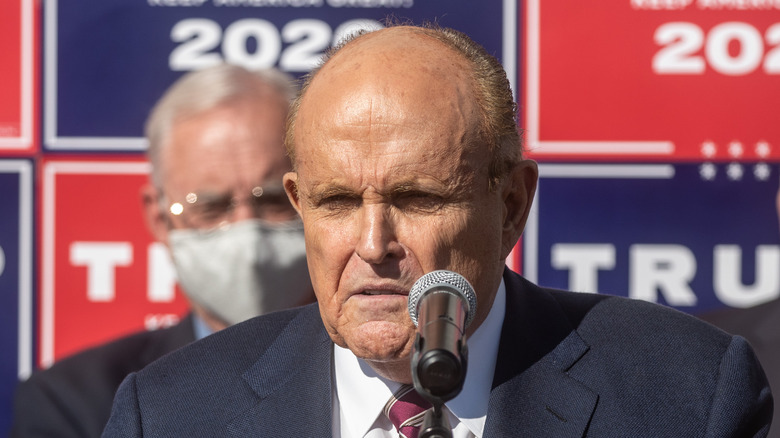 After the November 3 elections, Giuliani traveled to places like Pennsylvania, to try and stop states from certifying the results of the elections. He and the Trump campaign were claiming voter fraud, and asking state election boards to invalidate millions of votes in the process, even though they were unable to supply any evidence to bolster their claims (via The Washington Post). Thanks to these allegations, Giuliani is facing defamation lawsuits worth billions of dollars from two voting machine companies: Smartmatic and Dominion Voting, for pushing conspiracy theories around their devices (via Axios).

Twitter reveled in the news that Giuliani was being disbarred, one social media user said: “To be so disdainful of the laws of this country … it is a relief to see he is receiving consequences. Thanks to some in our country who will do the right thing!” Another said: “I think if we dropping titles, we can also use Purveyor of false election fraud claims, Instigator of Jan. 6th Coup, Guy who made Four Seasons Total Landscaping viral.”