NEWCASTLE have confirmed that Eddie Howe WILL return to the dugout for tomorrow's clash with Arsenal.

The new Toon boss, 43, was forced to watch his first game in charge last week from his hotel room after testing positive for Covid-19. 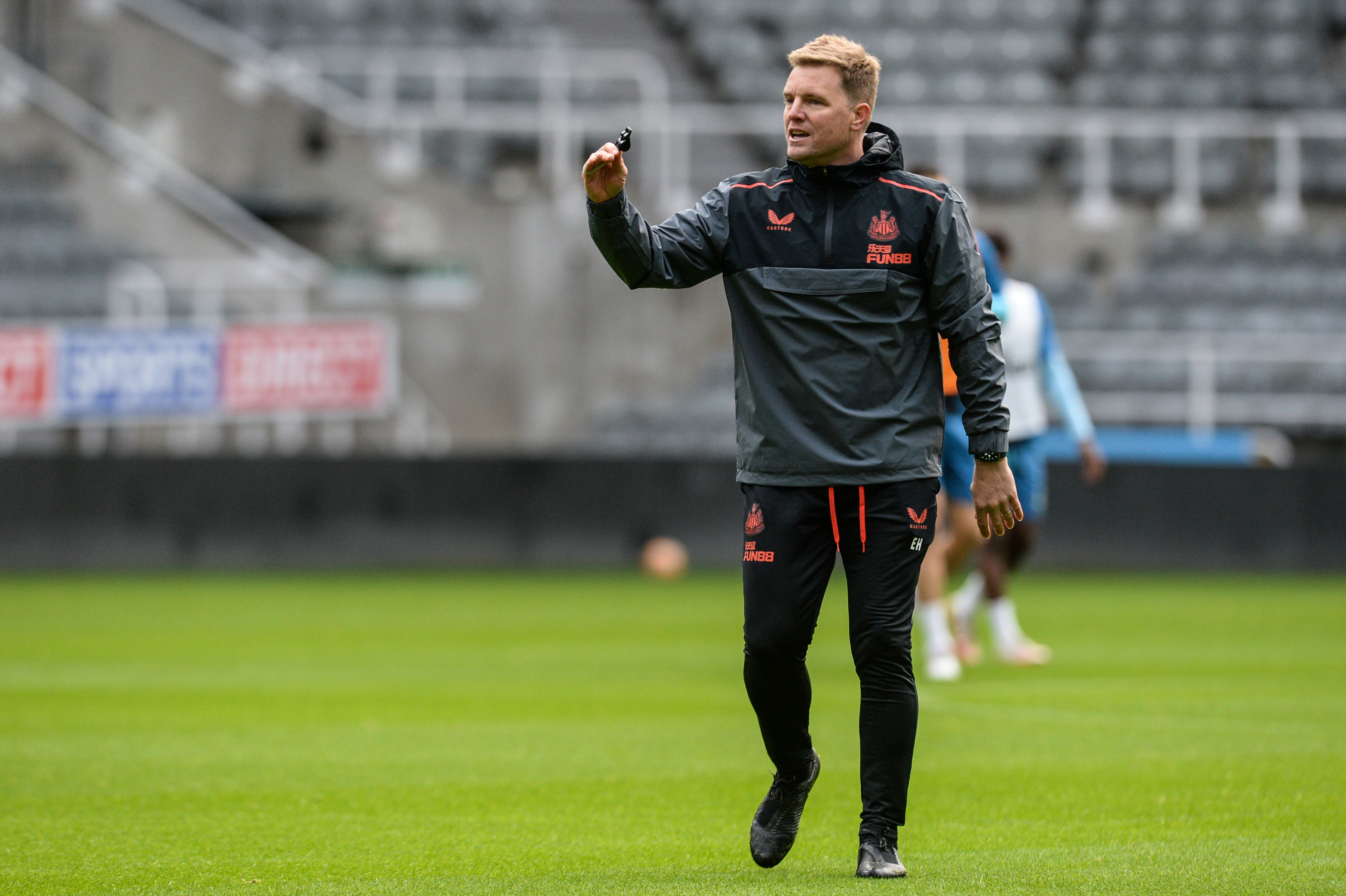 Jason Tindall was on the touchline as Newcastle drew a thriller with Brentford 3-3 at St James' Park.

But after returning a negative Covid-19 test this morning, Howe will be back in the technical area at the Emirates as the Magpies continue their hunt for a first win of the season.

Magpies assistant Tindall said Howe had been 'knocked for six' earlier this week but has improved over the last couple of days.

Tindall, who had Covid himself recently, said: “Speaking to Ed, he has felt very similar to when I started to feel my symptoms.

“He’s been a little bit like that. Certainly the earlier part of the week he was feeling at his worst. He was sleeping a lot, he was resting a lot.

“In terms of sickness and bad headaches, he wasn’t feeling that but I know it took it out of him physically.

“He hasn’t lost his taste and smell or had breathing difficulties, it was more that it took it out of him and he felt as though he had no energy.”

NHS rules state Howe had to isolate from the 'day symptoms started and the next 10 full days'.

Tindall said Howe 'was surprised when he tested positive (last Friday) because he had no symptoms'.

But straight after Tindall spoke at Friday morning’s press conference, Newcastle said his symptoms HAD been traced back to before last Friday, when he initially tested positive.

Newcastle face an Arsenal side wounded from their ten-match unbeaten run coming to an abrupt end last weekend as they were battered 4-0 by Liverpool.

Supporters can expect to see a more entertaining brand of football, after Howe gave a damning assessment of predecessor Steve Bruce's survival plan.

Quizzed about changing his side's style of play, he said: "Yeah, I think we have to.

"Whatever the word is, change certain things, because, and this is no disrespect to anybody else, what we have done this season hasn't worked to the point where we haven't got the wins we need.

"That's what you try to do when you manage or coach, I can't copy anybody else or repeat what has happened before."

The Toon have just six points from 12 games so far this season.

Allan Saint-Maximin's equaliser rescued a point last weekend against Brentford, although the Bees had lost their previous four games.

Tindall admitted that it will be a huge boost to players having Howe back in the technical area.

He said: "Every team wants their manager, their leader, on the sideline.

"It's the person they look to for guidance, instruction & comfort so it's really important for the football club that Ed's there.

"For the players to see the manager there will be a huge lift for them."