The French midfielder has been in scintillating form in recent weeks but Blues supporters – and Thomas Tuchel – will now be hoping the injury is not serious. 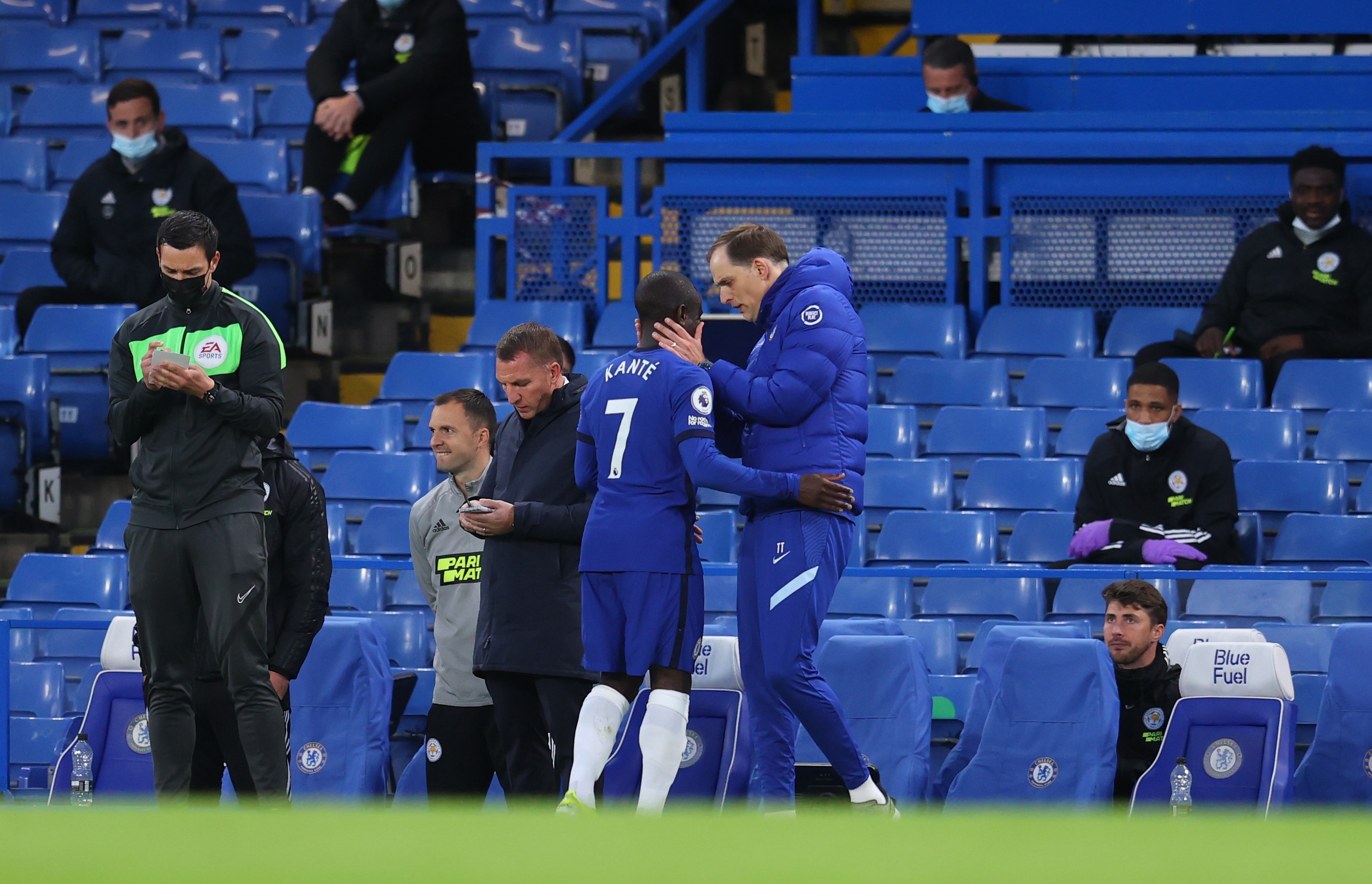 It is not yet clear why Kante came off, he managed 90 minutes in the FA Cup final on Saturday and had no clear injury when he was taken off.

Kante walked off and shared a few words with Tuchel before heading straight for the tunnel at Stamford Bridge.

His withdrawal did see the welcome return of Mateo Kovacic, who had not played since April 10.