Not one arrest made in Portland riots a week after ‘anarchists’ caused $500G in damages: Police

Violent protesters tear through Portland, cause more than $500K in damages

Portland police have yet to make any arrests a week after a group of around "100 anarchists" marched through the city’s downtown, damaging local businesses, tagging buildings with "Kill Cops" graffiti and lighting dumpsters on fire in the street – resulting in estimated damages of at least $500,000.

The Portland Police Bureau told Fox News on Tuesday that no arrests have been made related to the widespread acts of vandalism that happened on Oct. 12. Police also said that no update on the damages was available.

The destruction began around 9 p.m. when the group, described by police as anarchists, used fencing from a nearby park to barricade the street, police said in a news release at the time. Members of the group set off illegal fireworks and sprayed graffiti on buildings. Police released photos from the scene showing graffiti that read "Kill Cops" and "Riots Work." 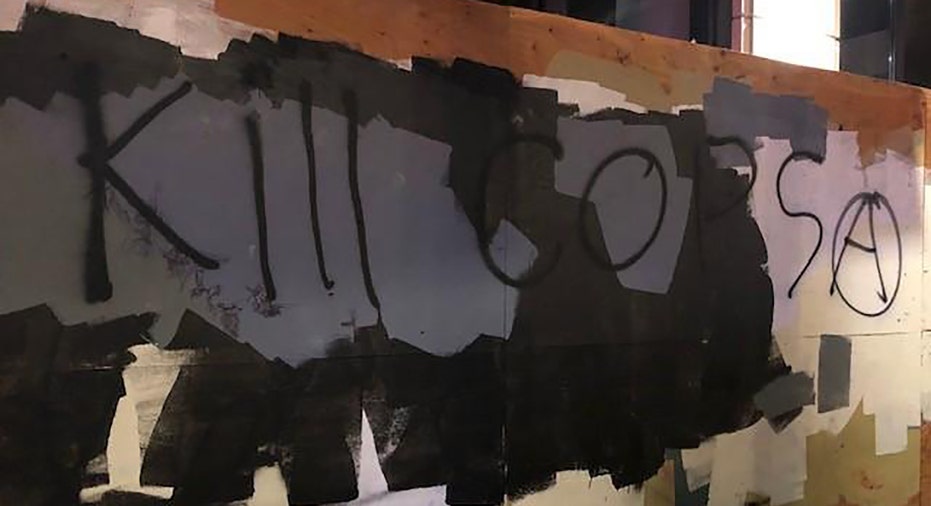 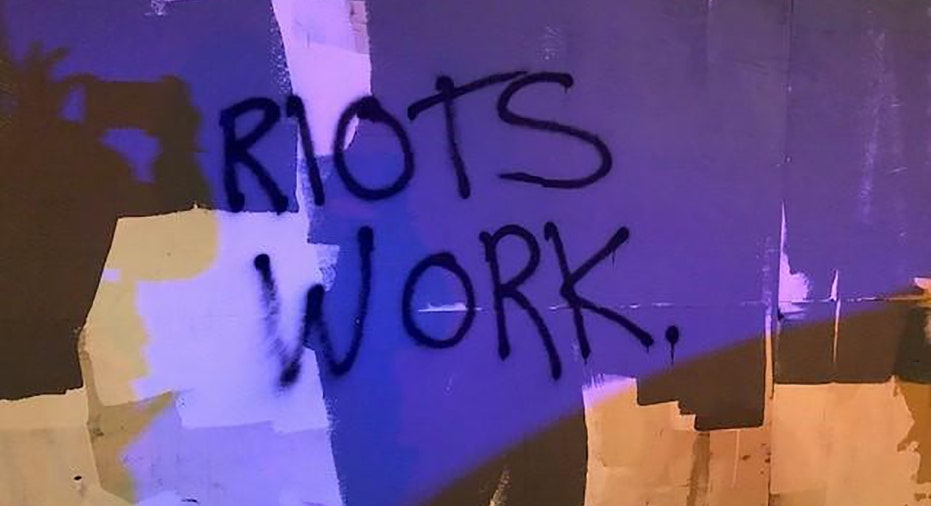 Graffiti reading “Kill Cops” was sprayed onto a building in downtown Portland on Oct. 12.

The group shattered numerous store windows and smashed bank ATMs as they marched through downtown Portland, lighting garbage cans and dumpsters on fire in the street, according to police. 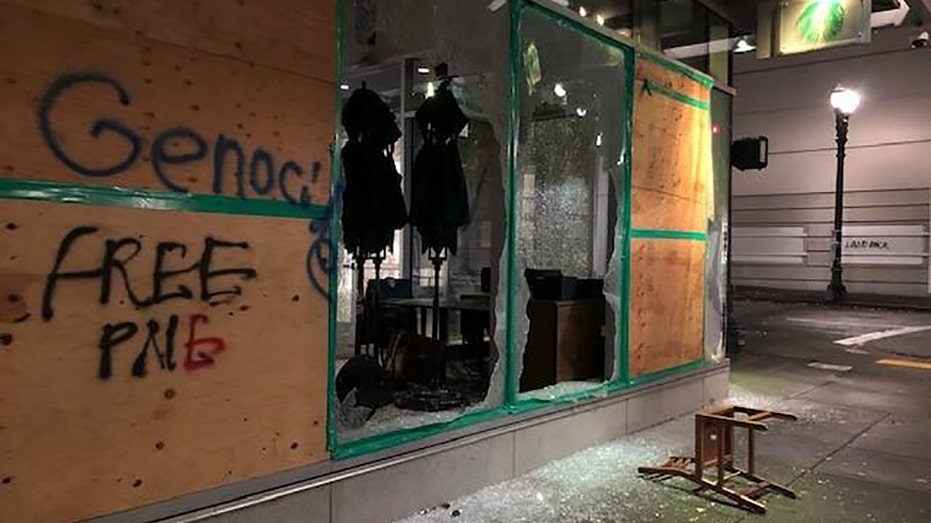 In total, police said the group targeted 35 separate locations, including banks, retail stores, coffee shops and government buildings. Some members tried to prevent officers from responding to the vandalism, lying down in front of police vehicles, according to police.

While officials estimated the damages to be more than $500,000, police said reports were still being collected. 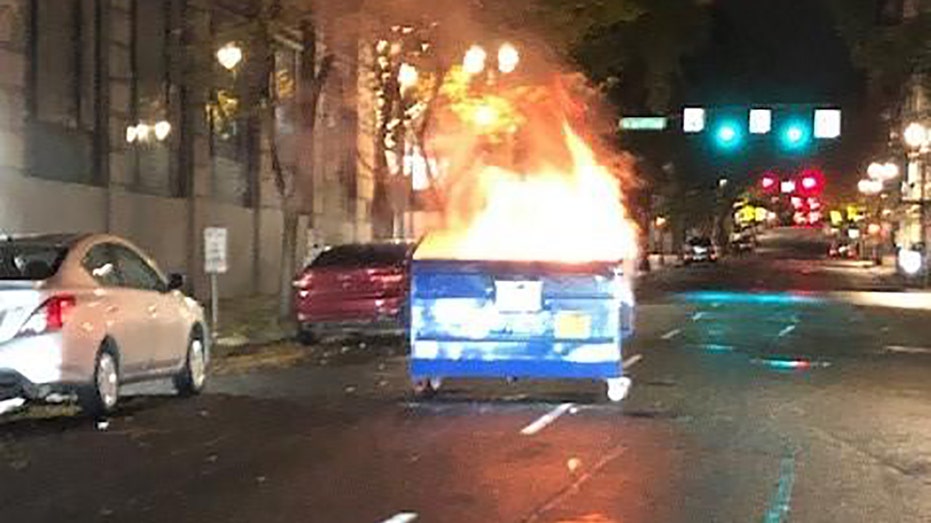 The group lit a dumpster on fire while marching down a street in downtown Portland on Oct. 12, according to police.  (Portland Police Bureau )

Police said that no arrests were made immediately during or after the widespread vandalism, police said.

Officers had been called in citywide, putting all but the highest priority 911 calls on hold, so that officers could be dispatched to the scene, the news release said.

However, the actions of Portland police are being questioned after it appeared officers did not directly intervene as the destruction unfolded. The group knocked over garbage cans, littering the street with waste, on Oct. 12. (Portland Police Bureau )

A crew with local news station KOIN-TV reported seeing police remaining inside their cruisers as the destruction continued.

Lt. Jake Jensen addressed the police response during a neighborhood association meeting on Thursday, telling concerned residents that this will be how police respond to destructive protests and riots going forward due to the new HB 2928 legislation passed in Oregon.

Jensen said the new legislation dramatically limits how police are allowed to intervene during these incidents with restrictions on the use of pepper spray and other tools normally used in crowd control environments, including 40mm less-lethal devices.

"Does that mean we are now like a lawless city, anyone can come in and just bash around and do all the damage they want without any repercussions whatsoever?" resident Linda Witt asked during the meeting.

Jensen responded that while those involved in such acts may not face consequences immediately, it is still possible for them to face repercussions later.

Authorities are continuing to investigate the incidents of criminal behavior and asked anyone with information about those involved in the vandalism to contact police.