Opinion: Let’s burst the idea of playing the remainder of the NBA season in a bubble

It sounds so simple in the abstract, at least according to the "Bubble Boys."

That’s what we’re going to call these folks, the commentators who are agitating for the NBA to return in the next few months by creating a coronavirus-free environment where players would live and train and play games and not much else.

Maybe you could hold them in one of those Las Vegas casinos currently empty amid the COVID-19 pandemic. Perhaps the Bahamas would work. What about Greenland? It doesn’t matter, according to the Bubble Boys. Just make sure we have hotel rooms, basketballs, TV cameras and coronavirus tests. That’ll make it all OK.

Do these folks listen to themselves? 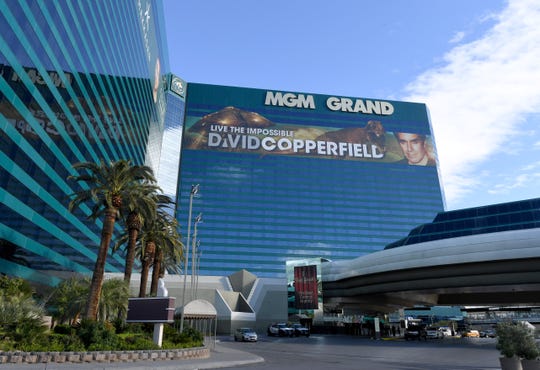 It has been suggested that the NBA could take over a Las Vegas casino to house players and staff and play the remainder of the season. (Photo: Ethan Miller, Getty Images)

Beyond a dehumanizing mess of a scenario that more closely resembles an episode of the futuristic TV series "Black Mirror" than reality, having NBA teams blockaded inside a hotel property for weeks or months on end with no connection to the outside world is a logistical nightmare that should be rejected out of hand by the players’ association.

Here are just some of the issues that would need to be weighed to make this scenario even plausible.

HOW COULD SPORTS RESUME? The good, bad and downright crazy ideas

NANCY ARMOUR: Opinion: Putting athletes at risk to entertain us during lockdown is no game

► Bringing an entire league into one location isn’t just about the 450 NBA players under contract. It’s several hundred more coaches, front office personnel, video coordinators, trainers, medical staff, equipment staff, TV production folks, cameramen and announcers, not to mention having a pool of G-Leaguers ready to be signed in case of injuries.

► How long would they all have to be in quarantine before they could be around each other?

► Do those folks ever get to leave the property, or are they confined to the premises the entire time? What are the protocols if they had to leave for some kind of emergency?

► What happens if one of the people confined to the bubble needs to fly back home to see a sick family member or because someone gives birth? Are they allowed to come back?

► Are the players being forced to stay alone in their hotel rooms, or are they allowed to bring family with them? Just wives and kids? What about girlfriends? Parents and siblings are kind of important, too. Or sometimes for a player it’s their business partner or an agent who provides the most important emotional support. How many of the important people in their lives do NBA players get to bring with them on the Good Ship ESPN while they ride out the season in sequester?

► To make this work with no risk of a coronavirus outbreak, you’d also need to have a large catering and cleaning staff to provide essential services for this rapidly growing community. The cooks and dishwashers can’t leave the premises, nor can the housekeepers or the people who are doing laundry.

► Just to be safe, the NBA should probably go ahead and start building a garden to grow the vegetables and collecting livestock to eliminate the risk of people delivering those essential goods from the outside world. If nothing else, Gregg Popovich’s glare could do the slaughtering.

The point here is that the NBA universe is so large that even if you could get everyone to agree to being under one roof for several weeks to finish the season — and good luck with that, given recent comments from LeBron James knocking down this theory — how much can you really control that environment? How far do you need to go?

You’re talking about human beings who have a lot going on in their lives beyond basketball. Now, all the sudden, you’re asking them to drop everything and move into an NBA biosphere?

And even if COVID-19 testing is so widely available in a couple months that the NBA could test everyone who comes in contact with players on a daily basis and completely guarantee an uncontaminated environment, here’s the fundamental question: Is it worth it?

Even if you can get past the myriad logistical hurdles of the NBA taking over a casino or an island and living in coronavirus-free bliss, nobody is going to be fooled by what they’re seeing.

Sure, having live basketball games to watch would be something to occupy our time as fans and give ESPN debate shows hours worth of content and provide an avenue for TV networks and billionaire owners to recoup some of the revenue they’ve lost. But playing in an empty arena in Las Vegas is not going to be the real NBA that we know and expect. It isn’t going to give us a legitimate champion without an asterisk. It isn’t going to save this season or lessen the loss most of us will experience due to COVID-19.

It will be a hollow, counterfeit product designed to mitigate financial losses for extremely wealthy people while attempting to capitalize on American despair. And, contrary to what the Bubble Boys are telling you, it’ll take a massive logistical effort to even get to the first tip-off. Given what’s going on in the world right now, is finishing this NBA season really that important?