“I think we really one-upped ourselves in the best way,” says Madison Bailey, one of the stars of teen breakout series “Outer Banks.” The Netflix show returns for its second season this week, and the actress was feeling good about where the characters are headed.

The series, set in North Carolina’s Outer Banks islands (but not filmed there), launched its cast of young actors into stardom (and bumped them into seven-figure Instagram follower counts) last spring. On the heels of the show’s success with the Gen Z crowd, Bailey and her costar Chase Stokes were tapped as faces for American Eagle earlier this year.

“There’s something in there for everybody, depending on what you like to watch,” she says. “As far as the characters go, I feel like that’s the part people fell in love with. The storyline is the main thing, and the show is great in and of itself, but without the characters, without this base friendship — I think people love our friendship and love the idea of these kids supporting each other so strongly and how fun it is. It’s such an escape to watch.”

The 22-year-old actress grew up in North Carolina, although on the “mountain side” of the state. “We would always go to beaches outside of North Carolina,” she says. But despite having not visited the Outer Banks herself growing up, stepping back into the mind-set of her character Kiara last August was as easy as slipping on her wardrobe. 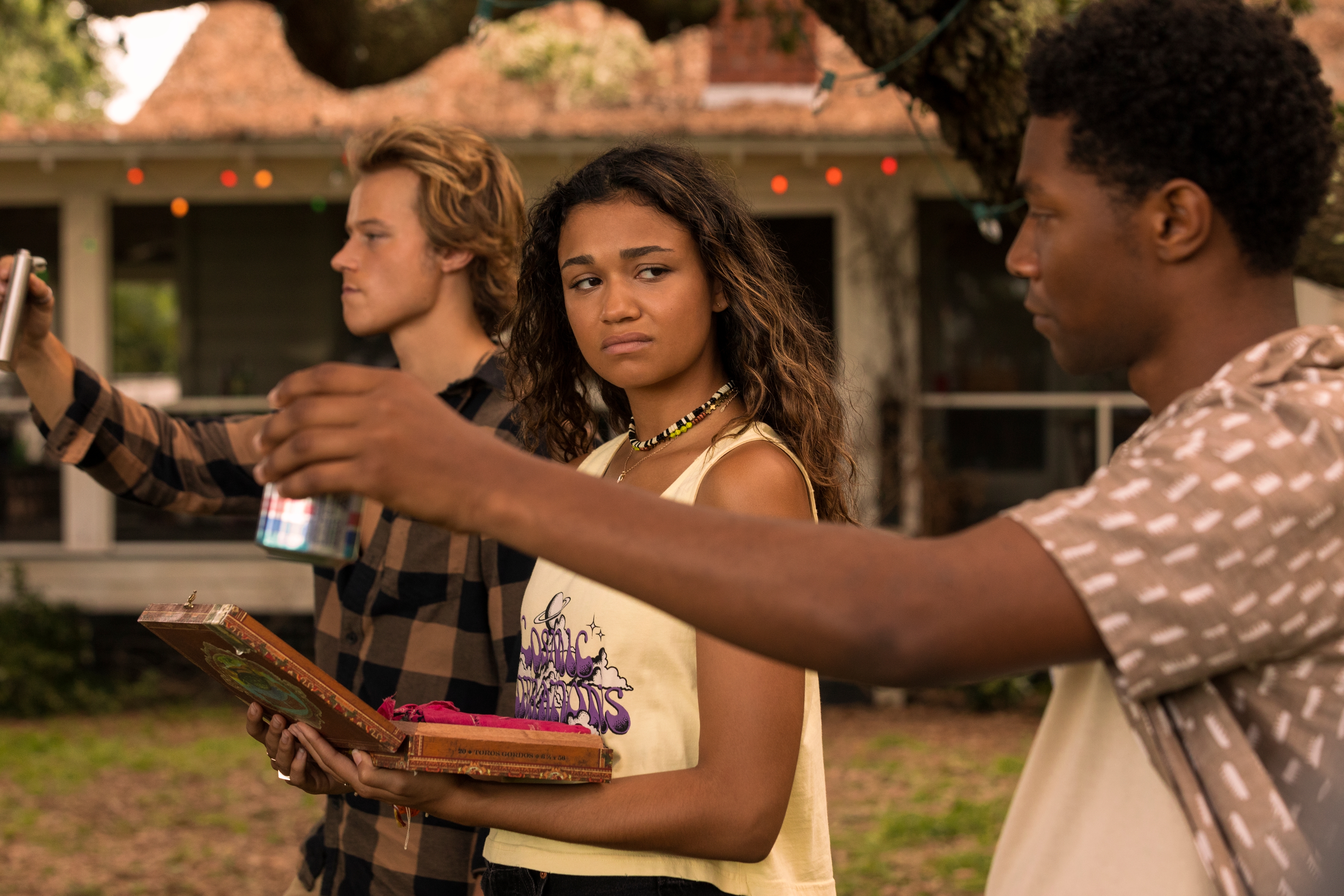 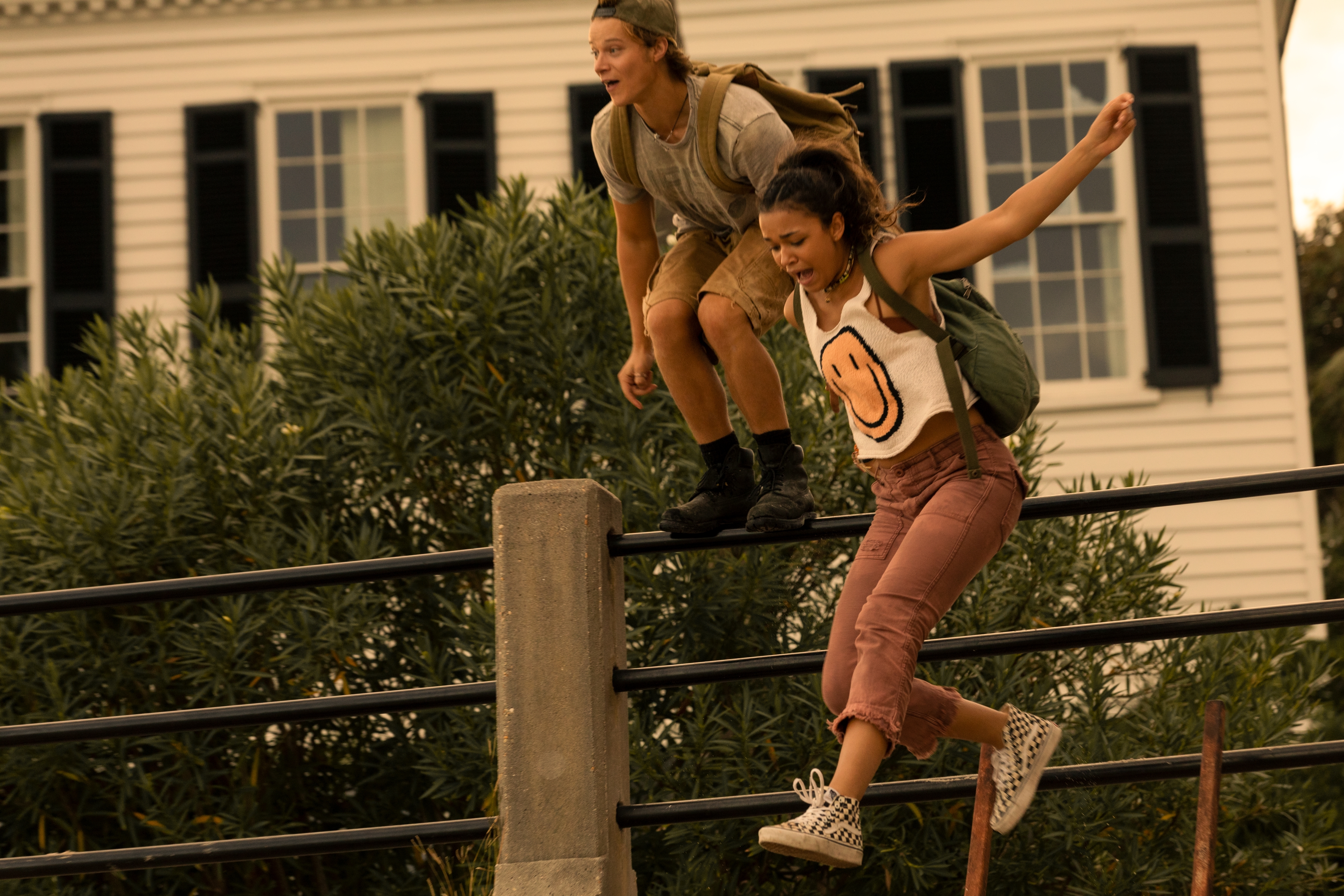 “This time around, I was, like, I know this girl and I don’t need to overthink anything. This character is established,” says Bailey, adding that she was along for the ride of her character’s internal evolution in the new season. “Kiara’s going through that little power struggle with her parents, and struggle within herself. I think all of the main characters are finding their bearings in their self-identity. That’s a fun thing to play with. None of our characters were 100 percent figured out when we started, because they are still figuring out themselves. They’re 16.”

Bailey is in Canada through the end of August filming slasher-thriller “Time Cut” opposite Antonia Gentry. She had a short window in Los Angeles at the beginning of the summer, during which (after a two-week quarantine period) she did press for the show and spent time with her girlfriend, with whom she recently celebrated a one-year anniversary.

“Outer Banks” will be the second project to premiere while she’s up north; Bailey also starred in an episode of Ryan Murphy’s “American Horror Story” spinoff series, “American Horror Stories.” “It was awesome working on a project that is a well-oiled machine,” she says of that show. “I was so excited to do something that was a little out of my comfort zone. I mean, I don’t even watch horror because I’m so scared of watching it. So it was interesting to throw myself in the middle of that genre and play with that.” 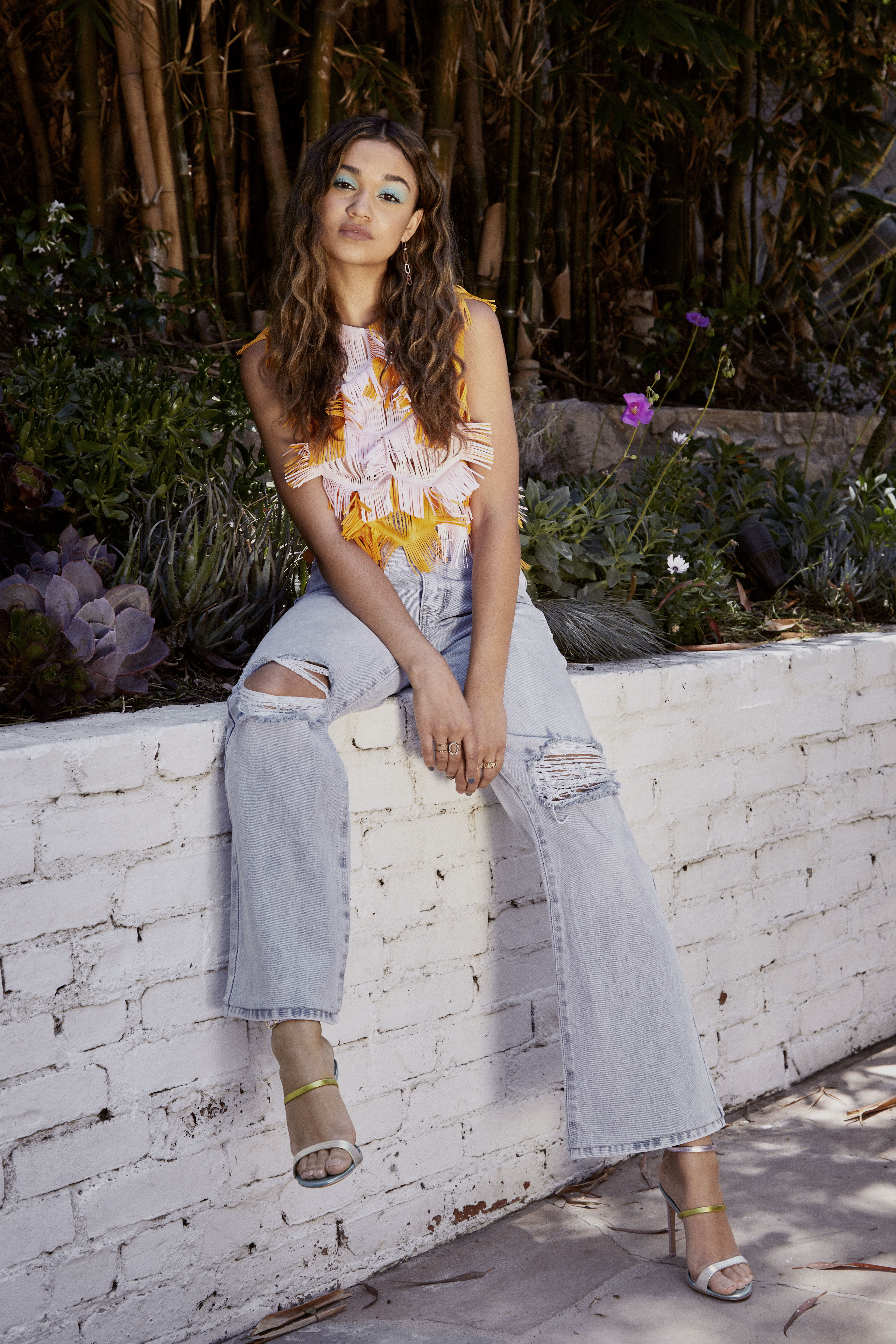 MORE FROM THE EYE:

With Her Emmy Nomination, Mckenna Grace Is Set for Stardom