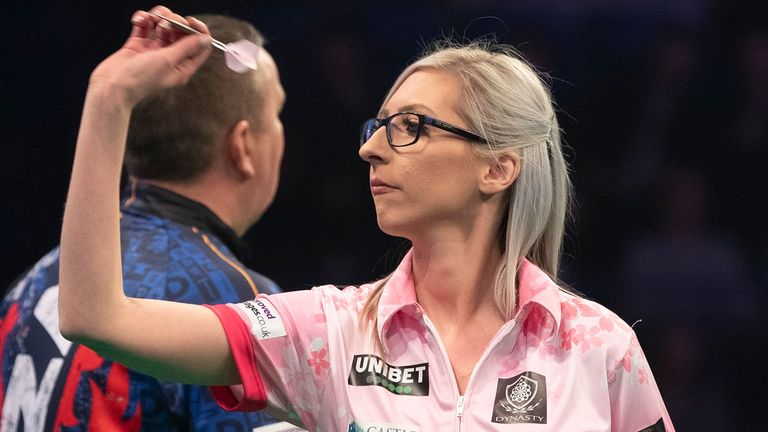 Fallon Sherrock and Kevin Painter were among the players who made it through to the Final Stage of the 2021 PDC Qualifying Schools on Wednesday, as Stage 1A concluded in Milton Keynes and Niedernhausen.

History-maker Sherrock, who became the first female player to win a match at the PDC World Championship, is chasing her first Tour Card, that would see her join Lisa Ashton on the circuit.

Meanwhile, former world finalist and Players Championship Finals winner Painter is another to have come through, as he aims to rejoin the tour. ‘The Artist’ sealed his passage through in style as one of four players to secure automatic qualification at the Marshall Arena. 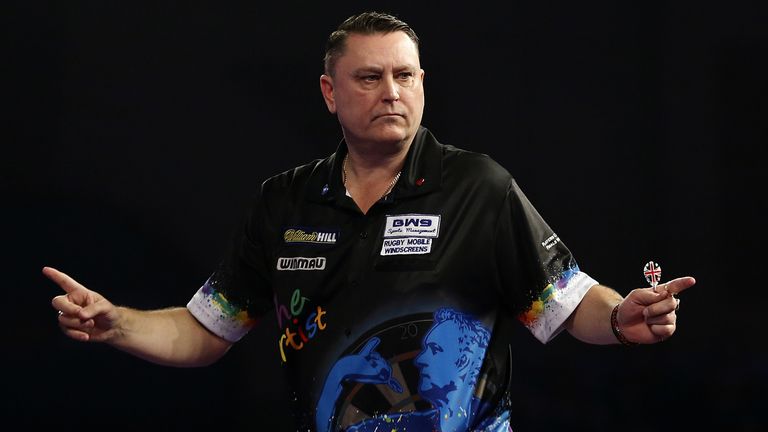 Faroe Islands-born Imrie whitewashed Sherrock 6-0 with a 103.7 average in the last match of the day, but Sherrock had already accumulated enough points to comfortably progress via the UK Stage 1A Order of Merit.

Wayne Warren, Wes Newton, Dean Winstanley and Deta Hedman are among the players to have missed out.

🙏 enjoyed the past 2 days – thank you to @OfficialPDC for the effort in making these events happen – hope to keep momentum for the finals stage 👍 https://t.co/WYehgqCQgc

Over in Germany, Raymond van Barneveld, whose qualification was already assured via the Order of Merit, was one of the four players to win a place in the Final Stage outright in the European event.

The Dutch legend averaged 102.1 in a 6-3 defeat of fellow-Dutchman Dennie Olde Kalter in their last-32 meeting, before overcoming Belgium’s Kenny Neyens 6-2 in his final match.

I have reached the final stage thanks for your support. Sunday we will continue to reach my goal getting my Tour card #targetdarts #Bengi pic.twitter.com/CmytIPBZWy

A further 43 players qualified in Niedernhausen via the European Stage 1A Order of Merit, including experienced Belgian Geert de Vos, 2018 Grand Slam of Darts quarter-finalist Michael Unterbuchner and Rene Eidams.

Daniel Meyer, who finished in 44th place, may also qualify depending on whether his total is greater than the 44th-placed player on the European Stage 1B Order of Merit.

Stage 1B begins at both the UK and European Q Schools on Thursday, the first of three days of action which will once again see four automatic qualification places up for grabs at both venues.

As with Stage 1A, ranking points will be awarded to non-qualified players based on the number of match wins from the first full round onwards to form an Order of Merit from which further players will move into the Final Stage.

Tour Cards will be up for grabs at the Final Stage, which runs from Sunday to Wednesday, with 128 players competing at each venue made up of 1A and 1B qualifiers, 2020 Tour Card Holders and the highest-ranked players on the 2020 Challenge Tour Order of Merit. *A 44th player will come from either Stage 1A or 1B’s final Order of Merit to complete the 128 qualifiers.

Watch full coverage of every night of the Premier League on Sky Sports, and stick with us through the year as we bring you the latest darts news on skysports.com/darts, our app for mobile devices and our Twitter account @skysportsdarts.