Winged it! Jason Tartick had a food-eating contest for charity and got some help from fellow Bachelor Nation stars Peter Weber and Kelley Flanagan.

The Buffalo, New York, native, 31, took part in a Buffalo Wild Wings challenge to help raise money for the Boys and Girls Club on Monday, April 13, and he came out a winner.

“I’m going live for the chicken wing-eating challenge,” the Bachelorette alum told his followers via Instagram on Monday ahead of the Instagram Live competition. “We’re going to battle back,” he added, noting his Sunday, April 12, beer-pong challenge with Blake Horstmann took a lot out of him.

“I need the adrenaline and the support from you guys,” Tartick explained.

Before he chowed down on a crazy amount of wings — with a variety of hotness levels — the former reality TV star’s girlfriend, Kaitlyn Bristowe, told her followers about the challenge.

“He’s eating as many wings as he can for charity. Going to a good cause,” she said via her Instagram Stories. “I think we’ve got Pilot Pete jumping on,” she added.

Once Tartick bellied up to the dining table at the couple’s home in Nashville, Bristowe, 34, kept fans up to date on his wing count. Super-spicy blazing wings were worth $2,000 per wing and Tartick ate 12. 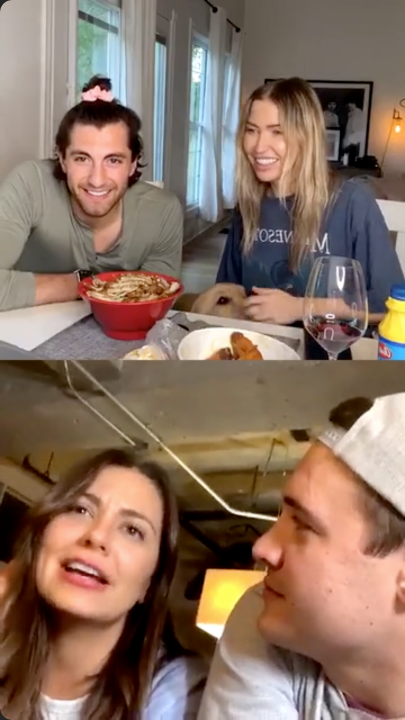 He had help as well from Weber, 28, and Flanagan, also 28, who are quarantining together in Chicago. The pair, who sparked romance rumors while staying together amid the coronavirus pandemic, joined Tartick’s Instagram Live to eat alongside him and help bring his point total up.

Weber ate four blazing wings and the lawyer also took down a few of them. As the challenge continued, the duo showed off how comfortable they are together by drinking out of the same glass of milk and having fun with the battle. At one point the pilot fed the Chicago native a blazing wing.

Bristowe, however, didn’t eat any wings because she’s a vegetarian, but she did hype up her man saying, that he has “trained his whole life for this” since he grew up in Buffalo, the home of the spicy wings.

The former Bachelorette star also lent her boyfriend a scrunchie to “keep the sweat out of his eyes” and patted him down with a cold, wet towel as he chowed down.

In the end, the Tartick ate 42 wings in total and raised $30,000 for the children’s charity with the assistance of Weber and Flanagan. 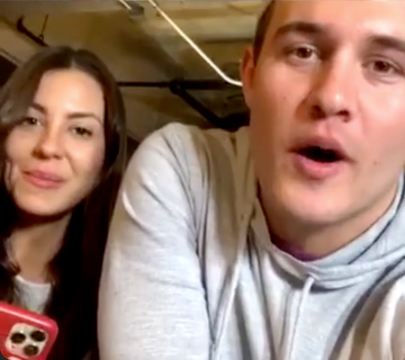 The duo previously hung out with Tartick and Bristowe virtually on April 6, when they took part in the Canada native’s “Off the Vine” podcast.

At the time, the California resident admitted that he’s “crushing” on Flanagan, but they are not officially dating.

“We have just been enjoying each other’s time and company, I love being around her,” Weber said at the time. “I’m so grateful for her.”

Dustin Kendrick, who is also quarantining with the two reality stars in Chicago, told Us Weekly exclusively that the two “get along great.”

“Hopefully after this all blows over, they are able to find that solid connection between the two of them,” Kendrick, 31, told Us on April 6. “They just get each other and their chemistry is disgusting cute! Coming from the third wheel guy of the year.”