PHIL MICKELSON created golfing history as he became the oldest Major champion ever, with a fantastic two shot victory at the USPGA Championship.

Mickelson, who will be 51 next month, overtook Julius Boros – who was 48 when he won this same event in 1968 – and he did it in typical swashbuckling style.

He threw in five birdies and sixbogeys in a one over par 73 that left him at six under par  – too good for fellow Major winners Brooks Koepka and Louis Oosthuizen.

For most of the week the veteran left-hander seemed to be playing a different golf course to his rivals as he swatted aside playing partner Koepka and everyone else in the field at Kiawah Island.

It was incredible to see Lefty roll back the years to capture his sixth Major title, eight years after he claimed the third leg of the career Grand Slam by winning the open at Muirfield.

Mickelson had not managed a single top ten in Majors in the past five years, and could not point to a top twenty finish anywhere in the last nine months.

And his last two victories have come on the over-50s Champions tour, which is where he was expected to see out his career.

But Mickelson will now head to Torrey Pines for next month’s US Open with the Grand Slam no longer looking like an impossible dream.

Golf’s great entertainer is nicknamed Phil The Thrill, and he certainly provided plenty of excitement as topped the birdie chart with 22, on a course rated as one of the toughest on the planet.

When he made his first birdie on day four, one of his fans shouted: Show these kids how it’s done Phil.”

He did. And in this form, he might just do it again in the game’s biggest events.

As with most Majors, the leaderboard operators were kept working overtime until Mickjleson stamped his class on proceedings.

It took just one hole for Mickelson to go from being the player setting the pace on seven under par to one of the men doing the chasing.

His one shot lead over Koepka became a one shot deficit as Mickelson three-putted from sixty feet and Koepka holed a 12 footer for birdie. 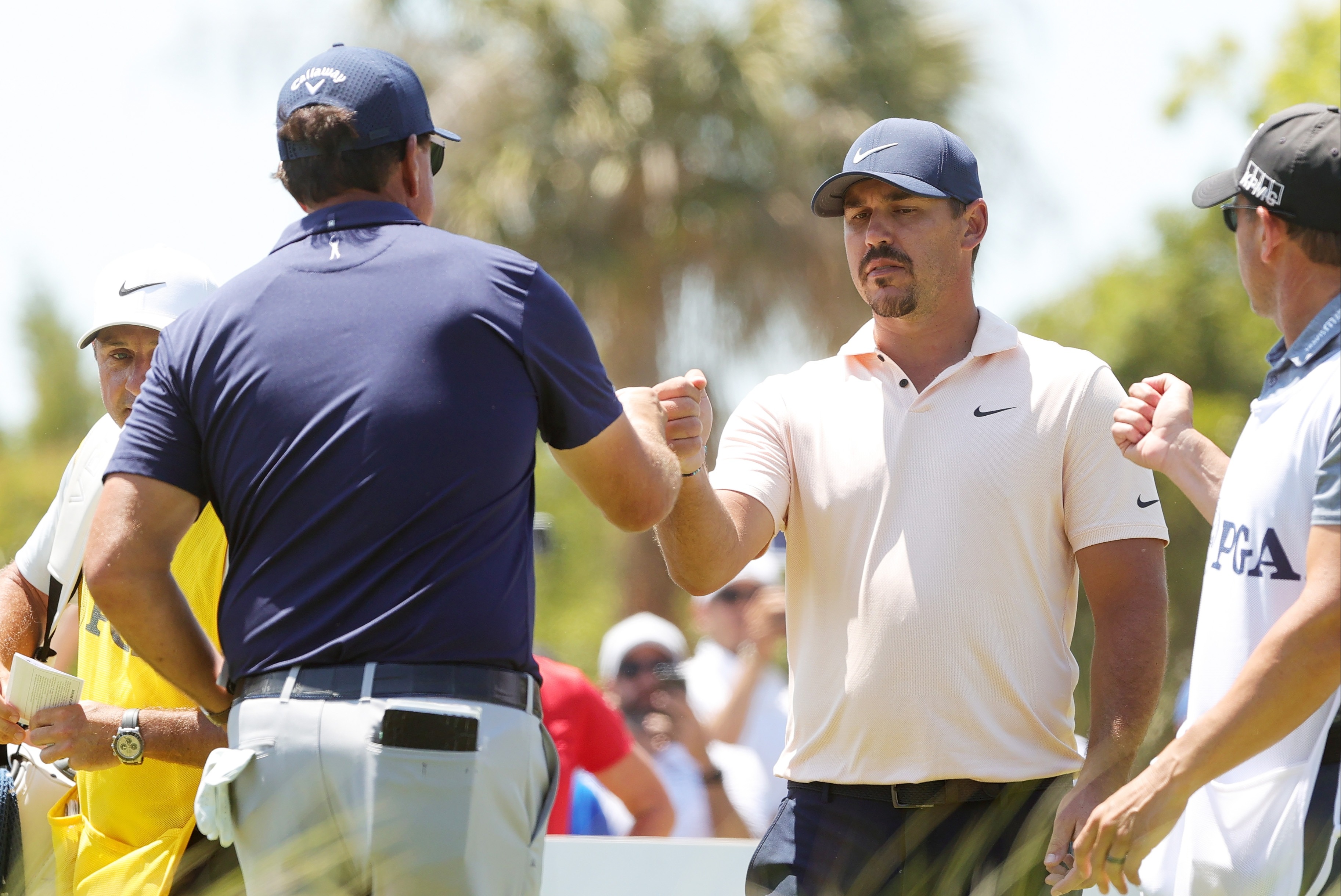 But it was not the last two shot swing between the final pair – in fact the second hole provided a three shot turnaround, as Mickelson birdied and Koepa hacked his way to an ugly double bogey seven, handing his playing partner a two shot lead.

Mickelson responded to a clumsy bogey at the second in typical style – by holing a bunker shot for a birdie at the short fifth – only to drop a shot at the sixth, with Koepka’s birdie nudging him back into a share of the lead..

The par five seventh saw yet another seismic shift.

Koepka sliced his second shot into the trees and gave another shot back, while Mickelson’snonchalant up and down from the rubbish to the right of the green for birdie took him two clear again.

There were plenty of twists and turns involving the men further back too, as the likes of Louis Oosthuizen and Kevin Streelman tried to ensure it was not just a two horse race.

Golfing folklore says Major championships always come down to the back nine on a Sunday – this one was done and dusted by the time the main players had walked off the tenth green.

Kopeka, Oosthuizen and Streelamn all bogeyed – Mickelson played it brilliantly and finished it off by nailing a nine footer for a birdie.

That gave him a four shot lead, and he acknowledged the roar with his trademark fist drop

The five time – sorry, SIX time major champion now – actually edd by five at the same stage in round three, only to drop three shots in the next two holes.

That is why he only just had his nose in front heading into the final 18.

But it was his rivals who threw shots away this time, and with Oosthuizen following a birdie at 12 with a double bogey at 15 the lead was up five shots again.

Mickelson did offer the pack a chink of light with bogeys at 13 and 14. But he slammed the door shut, helped by one last birdie at the par five 16th, after a monster 366 yards drive.

Okay, it was wind-assisted, but it was still the longest drive of the week.

Now that is showing these kids how it is done.