Liverpool's away trip to Old Trafford was cancelled today as furious Red Devils supporters invaded the stadium to protest the Glazers. 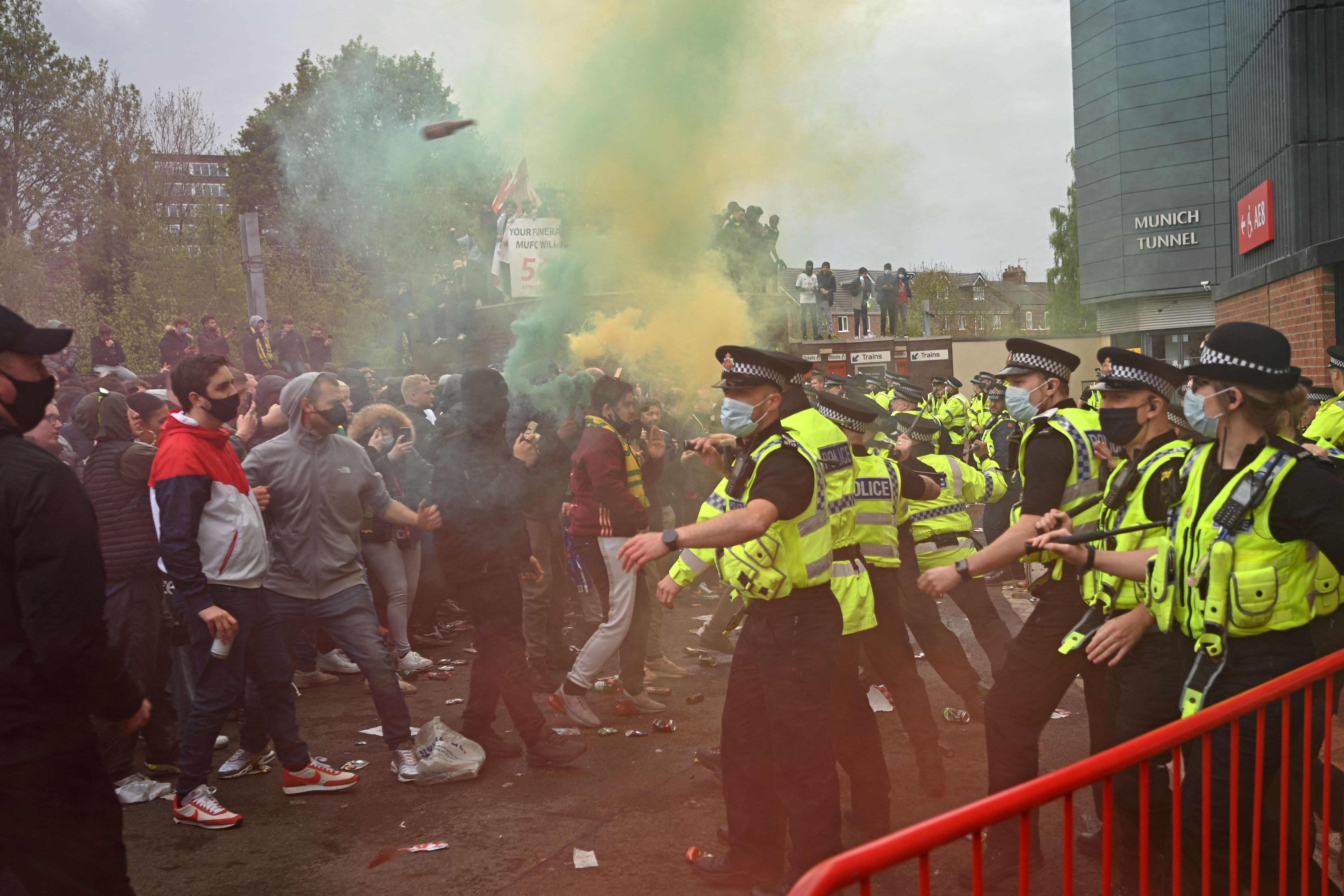 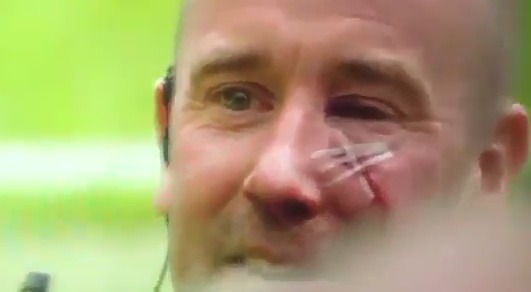 Many fans were involved in a peaceful protest and the majority were defended by the likes of Gary Neville and Jamie Carragher.

Yet footage online showed others chuck flares, destroy cameras and now police had bottles thrown at them – causing one serious injury.

A statement read: "Officers were aware of a protest planned to take place in Old Trafford today (Sunday 2 May) and were working closely alongside partners to ensure those that attended were kept safe whilst enabling their right to peaceful protest.

"Early this afternoon, groups of protestors began to gather at Old Trafford and separately at The Lowry Hotel, Salford where the United players were staying. By late afternoon around 200 protestors had gathered outside the Lowry and over 1,000 at Old Trafford.

"Officers continued to closely monitor the situation, engaging with those present but as the groups grew in size; it became clear that many of those present were not intending to exercise their right to peaceful protest.

"Flares were let off and bottles thrown at officers.

"Protestors outside Old Trafford became especially aggressive and antagonistic towards police before a group of about 100 forced entry to the ground with some United staff having to lock themselves in rooms.

"Those in the stadium were evicted by officers but outside on the forecourt hostility grew with bottles and barriers being thrown at officers and horses.

"Two officers have been injured with one officer being attacked with a bottle and sustaining a significant slash wound to his face, requiring emergency hospital treatment.

Two officers have been injured with one officer being attacked with a bottle and sustaining a significant slash wound to his face, requiring emergency hospital treatment

"Following discussion with The Premier League, Trafford Council and the clubs, a joint decision was made to postpone the match for safety reasons."

GMP Assistant Chief Constable Russ Jackson said: "The behaviour displayed today by those at both Old Trafford and The Lowry Hotel was reckless and dangerous.

"We understand the passion many supporters have for their team and we fully respect the right for peaceful protest.

"Plans were in place to ensure this could happen safely, but it soon became clear that many present had no intention of doing so peacefully.

"The actions of those today required us to take officers from front line policing and call in support from neighbouring forces to prevent the disorder getting worse.

"At different points, bottles and barriers were thrown, officers assaulted and people scaled the stadium structure creating risk for themselves and officers

"We have launched an investigation and we will be working closely alongside partners to ensure we establish the full circumstances surrounding today's events and prosecute those responsible."