New laws to block police from using contact-tracing data appear unlikely, however, after acting Police Minister Danny Pearson said he wanted the option to remain available to authorities in serious cases. The West Australian government moved last week to bring in such laws. 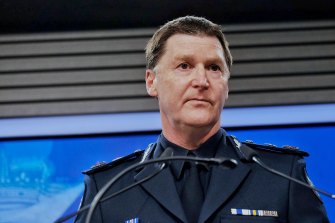 Chief Commissioner Shane Patton told a parliamentary inquiry on Monday that police had made three “informal” requests for names and phone numbers that Victorians volunteered to venues as a COVID-19 contact-tracing tool.

The Health Department, which received two requests, and Service Victoria both rejected Victoria Police’s approach, meaning the officers’ only option to access the data would have been to obtain a warrant via court.

Mr Patton said that while filing for a warrant remained an option for a serious indictable offence, the three investigations in December were resolved without the check-in data.

If a request were made, “it would then be incumbent on the court, on the judge or magistrate to consider and take into account the balancing of the human rights aspect or the necessity and the justification [of the request]”, he said. 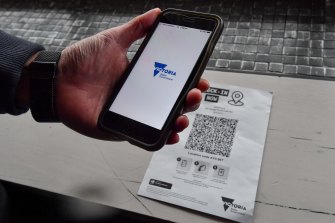 “So it’s not a situation where Victoria Police can decide that we will get that from Service Victoria. It’s where a judge or magistrate would grant a warrant to us.”

It emerged last week that West Australian police had accessed government check-in data as part of separate investigations into a shooting and a stabbing.

Amid fears this would undermine public confidence in the QR code system, the WA government rushed new legislation through Parliament to urgently toughen privacy laws.

As a result, nobody beyond the WA Health Department – including police and the state’s anti-corruption body – can access check-in data, regardless of the circumstances. 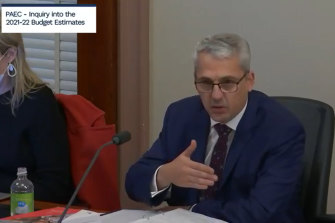 Yet Mr Pearson said he was reluctant to replicate Western Australia’s model in Victoria, because he had confidence in the court system.

“I think the idea of introducing legislation to prevent that occurring would lead to a poor public policy outcome,” he said alongside Mr Patton at a hearing of Parliament’s public accounts and estimates committee.

“I think in this particular case, my personal view – and bear in mind this has happened only in the last few days – I don’t think we should be legislating.

Opposition police spokesman David Southwick called for the Victorian government to “urgently introduce new legislation to ensure QR code data is used only for contact-tracing purposes as it promised”.

West Australian Attorney-General John Quigley said last week that police in his state had acted lawfully when accessing data but could now go back to relying on other methods of finding people that existed before QR code check-ins became prominent during the pandemic.

“Because it is so important to maintain community confidence in Safe WA [a check-in app], we’ve come down in favour of nobody – not the CCC [anti-corruption body], not someone under [freedom-of-information laws], not the police – nobody sees this information,” Mr Quigley said.

More than 190,000 Victorian businesses are enforcing use of the government’s Service Victoria check-in app, which will be mandatory at all shops and hospitality venues from July 1,

From Monday to Sunday last week, there were 29 million check-ins on the Service Victoria app – compared with 21 million the week before.

Authorities are getting tough with businesses that fail to comply with QR codes. Authorised officers reported 168 instances of businesses across the state not complying with the QR code system and seven were shut down.

Chief Commissioner Patton, when asked by Liberal MP Richard Riordan whether he thought not ruling out the use of QR data for police investigations would stop some Victorians from wanting to check in, said he couldn’t speculate.

“I personally don’t have the knowledge to say that there is hesitancy in the uptake with the QR codes, so I’m not qualified to speak to that,” he said.