Prince Harry remembers Prince Philip as a ‘master of the barbecue’

With his bushy red beard, blue eyes and cheeky smile, the dashing soldier could be Prince Harry.

But the cover star of this vintage cover of Paris Match magazine is actually his grandfather Prince Philip at 36 years old.

Royal photographer Chris Jackson first noticed the striking similarity between the duo after discovering a 1957 copy of the French magazine, featuring the Duke of Edinburgh wearing the Tropical Dress of the Blues and Royal, a cavalry regiment of the British Army.

Jackson re-posted the cover photo over the weekend, writing: “I was reminded today of this incredible vintage @parismatch_magazine from 1957 I acquired a few years ago. I was blown away the minute I spotted it. It always reminds me of the unique, historic reference points that Royal photography provides. The front cover features a fantastically suave Prince Philip on tour with The Queen.”

The photo of Prince Philip is thought to have been colorized from a black and white negative — but the Duke’s complexion, eye color and facial hair are almost identical to Harry’s. Harry even donned the same uniform — one of 22 official Orders of Dress for the Blues and Royals — in 2012, while in the Bahamas as part of a Diamond Jubilee tour. 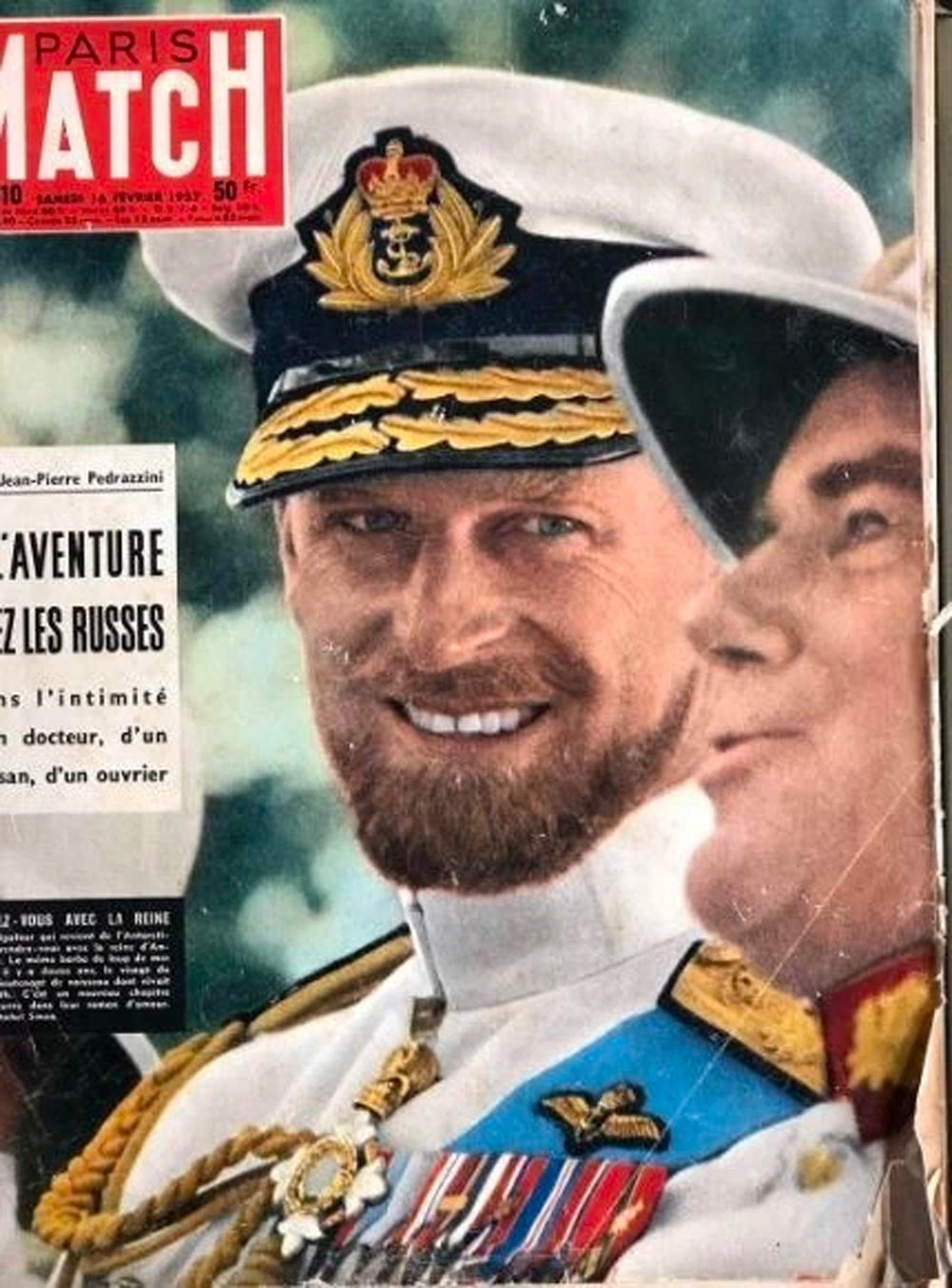 The magazine cover was published the same year that Philip was granted the style and title of a Prince by his wife, Queen Elizabeth II.

Harry is currently in the UK for the first time since leaving the royal family last year. As Page Six revealed, he is staying with his cousin Princess Eugenie, her husband Jack Brooksbanks and their baby son August at Frogmore Cottage in Windsor ahead of Prince Philip’s funeral on Saturday. 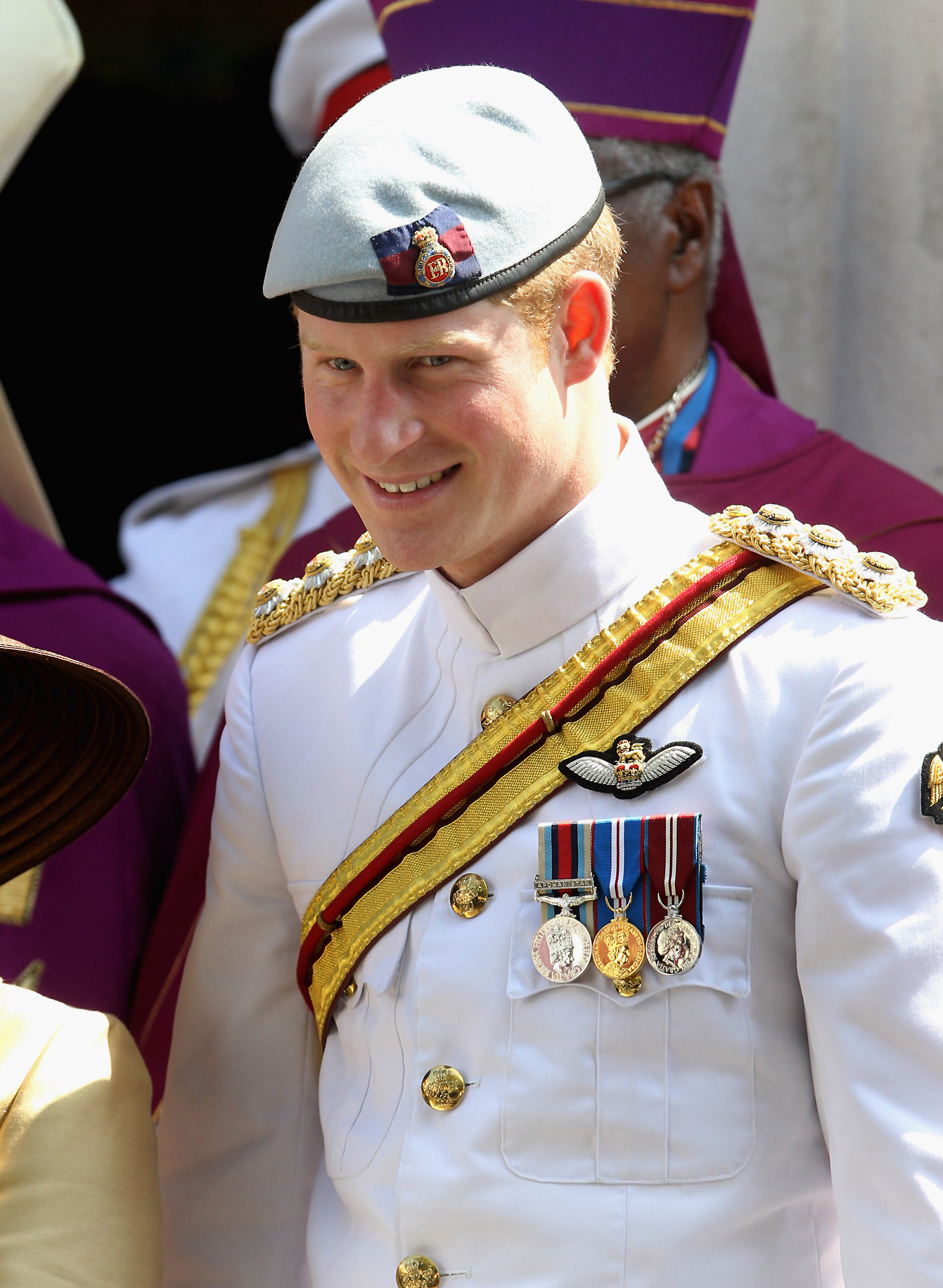 On Monday, Harry paid tribute to his grandfather, who died age 99 on Friday, citing his “charm” and “sharp wit” — remembering him as a “master of the barbecue” and “legend of banter.”

Harry ended his statement with “Per Mare, Per Terram” — the motto of the UK’s Royal Marines that means “By Sea, By Land.”