Princess Anne, 70, has stunned in a series of bold outfits while attending Royal Ascot 2021. On Tuesday the Princess Royal attended the races in a striking emerald green dress and cream headpiece and on Thursday she was back for Ladies Day, dressed in buttercream yellow ahead of presenting the prestigious Gold Cup.

Anne has seemed to channel Queen Elizabeth II’s gait and gestures as she has stood in for her mother at the prestigious event.

While Royal Ascot is said to be the Queen’s favourite engagement, she is yet to attend this year.

Many believe the Queen, 95, who is a prominent thoroughbred owner and breeder, may still attend Royal Ascot tomorrow or on Saturday as she has runners every day.

However, her absence from the event has prompted speculation she may be allowing younger members of the Firm to step forward in the wake of her husband Prince Philip’s death in April. 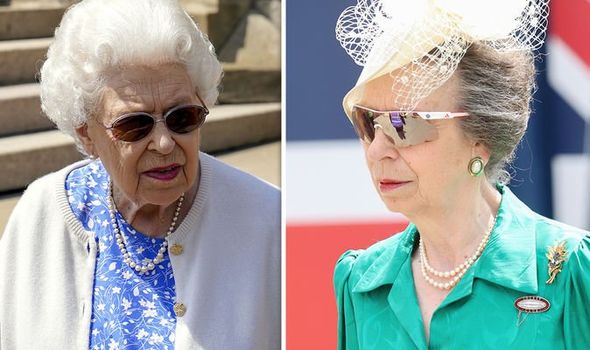 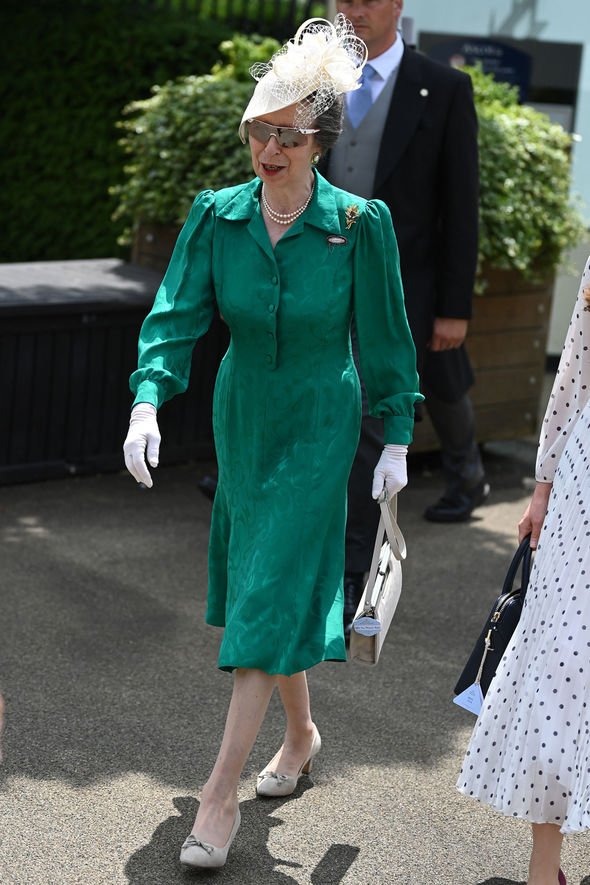 Body language expert and author Judi James analysed a series of pictures of Anne at Royal Ascot 2021 and shared her insights with Express.co.uk.

According to the analyst, slight details in Anne’s outfits are the only thing that stops her from being a dead ringer for the Queen.

Judi told Express.co.uk: “In her strong, block-coloured dress with the gold brooch pinned high at shoulder level and her white gloves, large handbag and her red lipstick and pearls, Anne does seem to be standing in for her mother on Ladies Day at Ascot here. 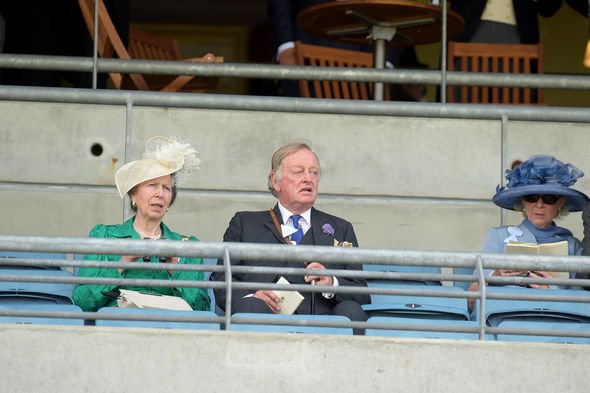 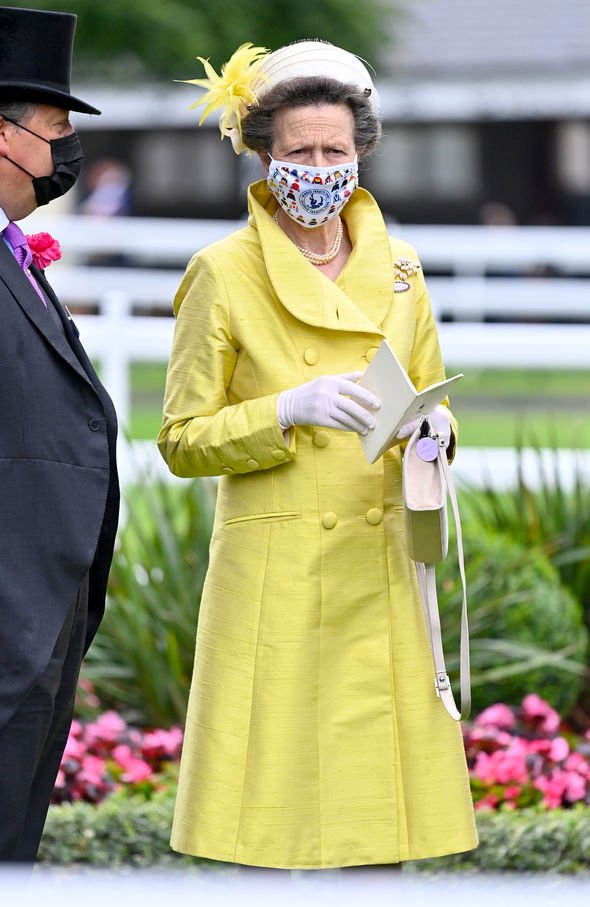 Judi added: “She arrived in regal-looking isolation until she joined her friend and Camilla’s ex to sit watching the racing.”

She said: “Anne even seems to have adopted some of her mother’s body language traits too, from the purposeful walk with a larger stride and the firm and rather tightly-clamped lips that break open into a smile a she makes her entrance and prepares to join the crowds.

“In some of these poses, it’s really only the hat or fascinator that marks the difference between Anne and her mother.”

The expert added: “With her chin raised and the same look of stoic determination on her face the mirroring looks remarkable.”

While some royal fans were puzzled by the Queen’s absence from Royal Ascot on Thursday, the Royal Family’s official Twitter account paid tribute to her love for horseracing.

The Palace shared series of photos of the Queen at Royal Ascot over the years with the message: “The Queen is Patron of @Ascot and has attended #RoyalAscot almost every year.” 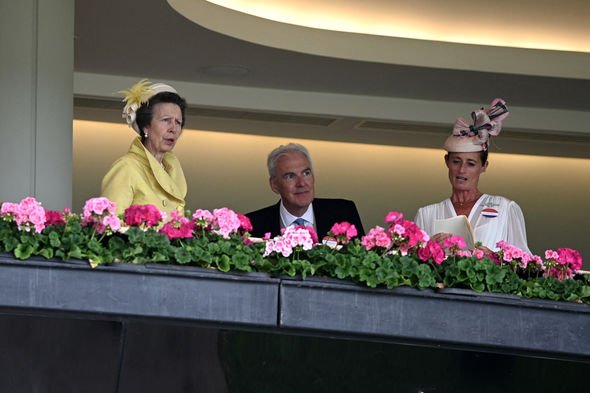 The tweet continued: “With a passion for horse racing since childhood, HM is the owner and breeder of many thoroughbred horses, a number of which have won at #RoyalAscot.

“Take a look at our fleets to find out more…”

The Queen’s favourite daughter-in-law Sophie, Countess of Wessex was also at the races on Thursday, having attended the first two days as well.

Earlier in the week the Queen’s racing manager John Warren hinted she may attend to watch the races on one of the days.