NBA ‘Triple Logoman’ card could sell for $3M at auction

A rare, 12-cent U.S. postage stamp showing an image of our nation’s first president sold for tens of thousands of dollars at auction last month.

The stamp, which includes a portrait bust of George Washington, sold for $19,520 at Holabird Western Americana Collections’ "Wild West Auction." The auction ran from July 21-24.

In a press release, Holabird Western Americana Collections called the 12-cent stamp "extremely rare" and said it was the auction’s top earner. 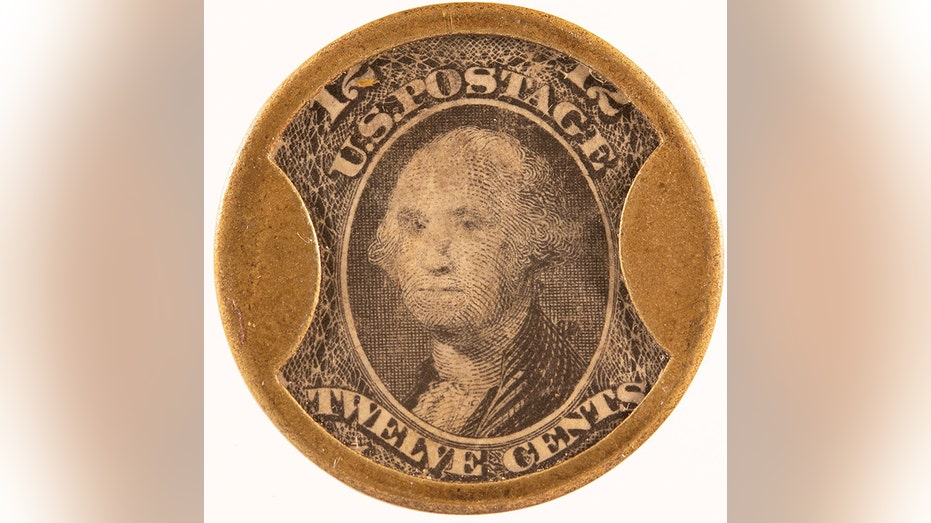 Despite some dirt and crinkle, the stamp was deemed to be in "Fine/Very Fine condition," according to the press release.

In total, the four-day auction included 2,441 lots. The sale was held online and live at the Holabird gallery in Reno, Nevada, the release said. 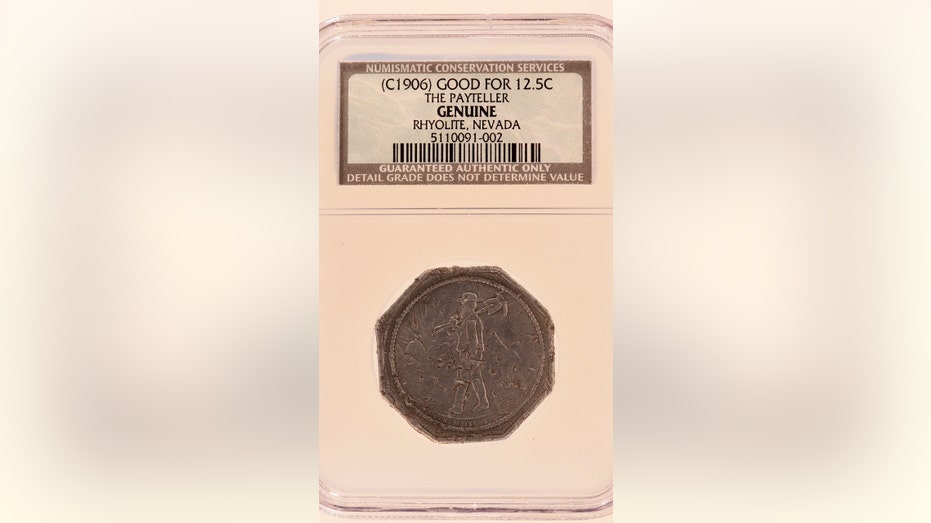 This octagonal token from a saloon in Rhyolite, Nevada, sold for $2,750 at the Holabird auction. (Holabird Western Americana Collections / Fox News) 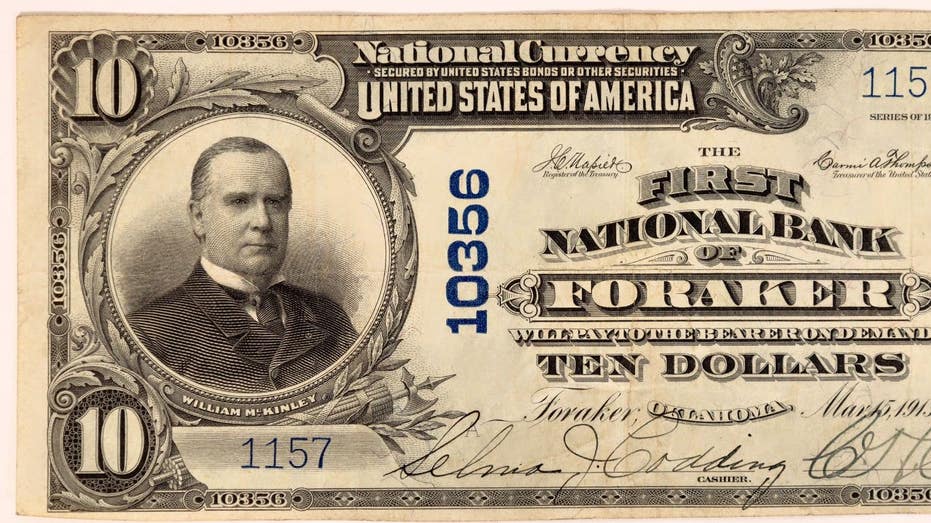 Other items that were sold in the auction include a manuscript from the mining camp of Monoville, Nevada, from 1860, an octagonal token from a saloon and a banknote from Oklahoma’s First National Bank of Foraker.