Reckoning With The Feminist, Eugenicist Founder Of Planned Parenthood

Margaret Sanger was a walking contradiction.

The founder of the birth control movement spent her life arguing that women’s liberation was predicated on their ability to control their own reproduction. “No woman can call herself free until she can choose consciously whether she will or will not be a mother,” she wrote in 1919. At the same time, she bought into the ideology of eugenics — the belief that genetics could improve through selective breeding — and supported sterilization of those who were deemed unfit to reproduce. In other words, she believed the choice to be a mother was reserved only for those who were deemed worthy by society, a judgment inherently shaped by her contemporaries’ racism and prejudices against people with disabilities.

Sanger’s complicated legacy and the long shadow it has cast over Planned Parenthood, the organization she founded, is now under the microscope.

Last week, the greater New York chapter of Planned Parenthood (PPGNY) announced it was renaming a Manhattan building that bears her name. The removal of Sanger’s name “is both a necessary and overdue step to reckon with our legacy and acknowledge Planned Parenthood’s contributions to historical reproductive harm within communities of color,” Karen Seltzer, board chair at PPGNY, said in a statement. “Margaret Sanger’s concerns and advocacy for reproductive health have been clearly documented, but so too has her racist legacy.”

The national organization, which supports PPGNY’s decision, said it is also embarking on a historical self-evaluation, examining Sanger’s place in its origin story as part of a larger reckoning around institutional racism at its health centers.

The rejection of Sanger comes amid an electrified movement for racial justice that has brought new scrutiny to once-revered historical figures, monuments and institutions. In a short span, the nation has witnessed scores of statues torn down, a football team change its racist name, and NASCAR ban the Confederate flag. Progressive heroes with complicated pasts, like Sanger, have not been spared. Her groundbreaking work ultimately ushered in reproductive health for millions of women, but her association with eugenics has also shaped how Planned Parenthood serves Black women today.

HuffPost spoke to scholars who have studied Sanger to understand how she went from promoting women’s reproductive freedom to embracing an ideology inextricably connected to racism. 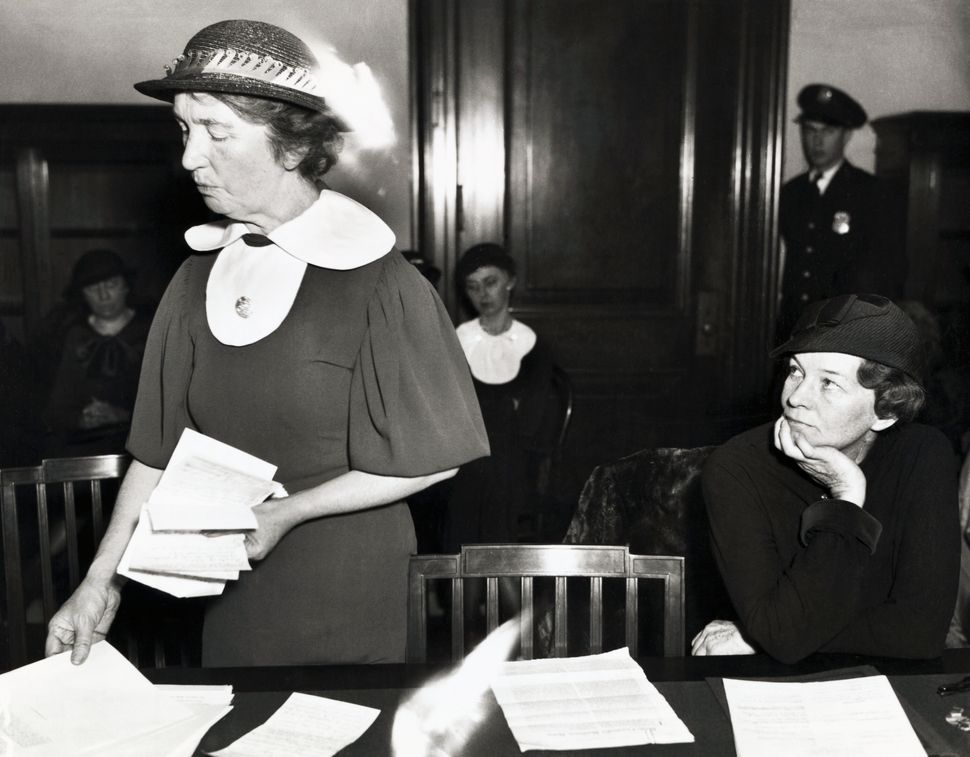 How Sanger Went From Feminism To Eugenics

Sanger, who trained as a nurse, opened the first birth control clinic in the country in 1916, at a time when both birth control and abortion were illegal. She was arrested almost immediately. Undeterred, she went on to found the American Birth Control League, the predecessor to Planned Parenthood. Her work was grounded in the belief that women had a fundamental right to control their own reproduction, a radical idea at the time. “Enforced motherhood is the most complete denial of a woman’s right to life and liberty,” she wrote in an essay.

However, in the 1920s and ’30s, Sanger began to align with the then-widely supported eugenics movement, which posited that the human race could be bettered through encouraging people with positive traits like intelligence and hard work to reproduce. Sanger believed that birth control, in addition to freeing women from unwanted pregnancies, could also help improve society.

Scholars such as Ellen Chesler, who wrote “Woman of Valor: Margaret Sanger and the Birth Control Movement in America,” have argued that she adopted the language of the eugenics movement to boost the legitimacy of her ideas.

“[H]ard as it may be to fathom today, eugenics then enjoyed a degree of respectability that birth control did not,” she wrote in a 2010 afterword to her book. No one wanted to talk about women’s sexual freedom; policies to encourage public betterment was a better sell.

In an interview with HuffPost, Chesler disputed that Sanger held racist beliefs, or equated fitness to reproduce with any particular ethnicity or race. Sanger thought women should have fewer children, Chesler said. But she added that Sanger did support “negative eugenics,” which refers to efforts designed to decrease undesirable traits in humans. She promoted sterilization for people with hereditary disabilities, seeing them as threats to the gene pool.

“Her views are simply not supportable in that respect, in the modern era, but they were so widely held in the 1920s and ’30s that it’s hard to condemn her completely for them,” Chesler said.

Historian Linda Gordon, who wrote about Sanger in her 1976 book, “Woman’s Body, Woman’s Right: the History of Birth Control Politics in America,” said that the crusader was single-mindedly devoted to promoting birth control. “In her day eugenics was broadly accepted as science, even by some Black leaders,” she wrote on Facebook. “To treat Sanger as we treat defenders of slavery and segregation does not help us understand the history of racism in this country.”

Whether Sanger’s relationship with eugenicists was born of necessity or because she shared their underlying ideology, the partnership dramatically altered the conversation on birth control, said Dorothy Roberts, a law professor at the University of Pennsylvania who wrote about Sanger in her 1997 book, ”Killing the Black Body.” Sanger went from believing women should be able to control their ability to get pregnant to also believing society has a right to do that for them through forced sterilization.

“As the movement veered from its radical, feminist origins towards a eugenic agenda, birth control became a tool to regulate the poor, immigrants, and Black Americans,” Roberts wrote.

Ultimately Sanger was not motivated by racism, Roberts says, though her writings reveal her to have a paternalistic attitude towards Black people. Still, Sanger believed that society’s ills were caused by reproduction of the socially disadvantaged, and that their childbearing should be controlled for the good of the human race. “In a society marked by racial hierarchy, these principles inevitably produced policies designed to reduce Black women’s fertility,” Roberts wrote in her book. “The judgment of who is fit and who is unfit, of who should reproduce and who should not, incorporated the racist ideologies of the time.”

In a call with HuffPost, Roberts said the most harmful legacy of Sanger’s work was the linking of birth control — a form of liberation — to a coercive plan for population control. Today, Roberts said, some people still promote birth control as a way of solving poverty, framing it as a remedy for social problems, rather than a human right to control one’s body.

“That’s what we need to address,” she said, “not just whether Margaret Sanger’s name should remain on buildings.” 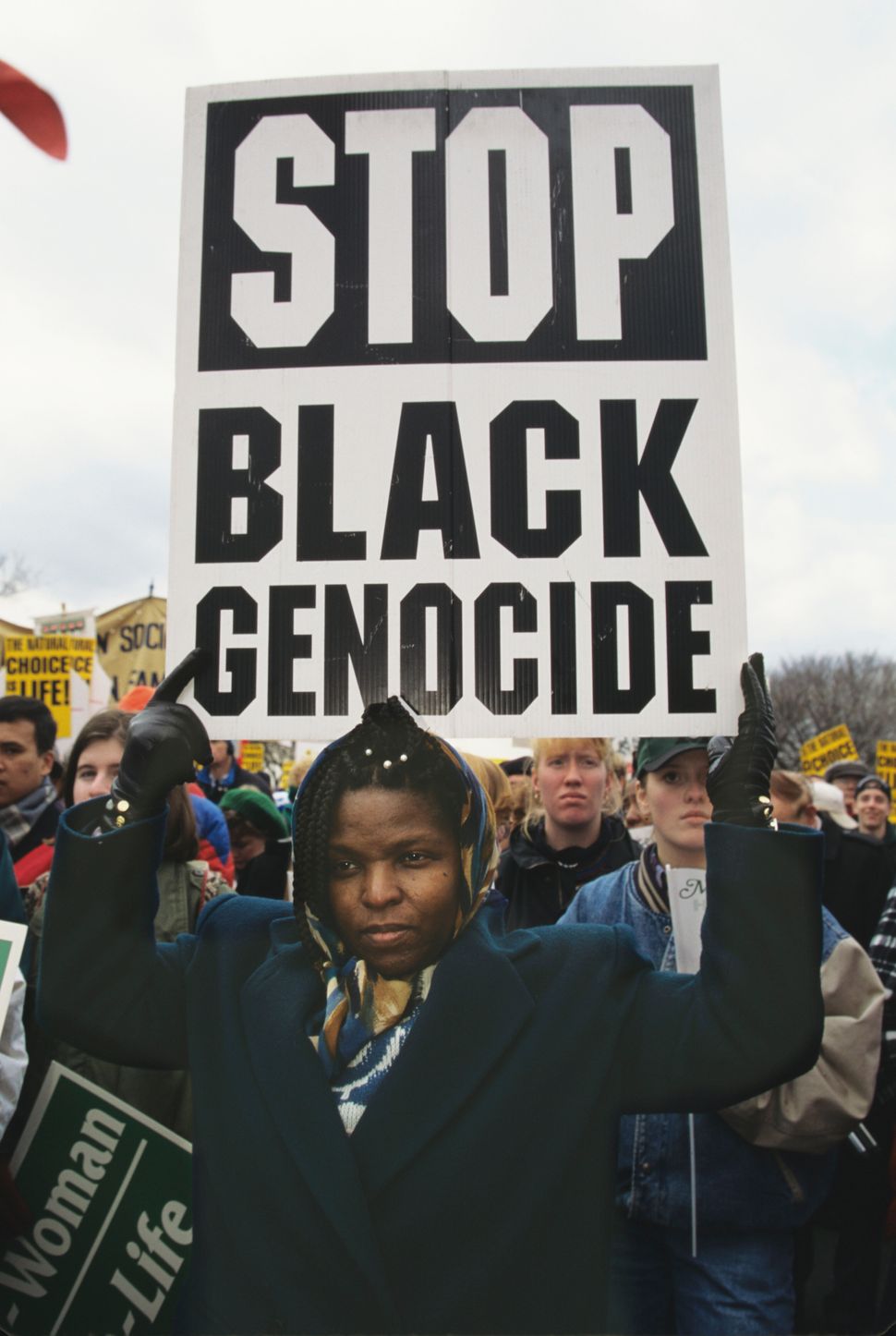 In the past, Planned Parenthood has been reluctant to fully disavow itself of Sanger, in part because anti-abortion groups, both Black and white, have disingenuously weaponized her legacy. For years, anti-abortion groups have distorted Sanger’s views, claiming that she wanted to exterminate the Black race. Many statements that are attributed to her in anti-abortion literature are either taken out of context or completely made up. Still, the conspiracy theory that Planned Parenthood’s true goal is to lower the Black birth rate has persevered. Earlier this month, Kanye West told Forbes that he believed Planned Parenthood centers are “placed inside cities by white supremacists to do the Devil’s work.” Prominent public figures such as Secretary of Housing and Urban Development Ben Carson and Supreme Court Justice Clarence Thomas have incorrectly theorized that abortion was designed to control the Black population.

Planned Parenthood counters that these claims of racism lobbed by anti-abortion groups are actually racist in themselves, as they assume Black women should not have the agency to control their own bodies.

Sanger’s history has been cynically exploited by abortion foes, said Yoruba Richen, a filmmaker who explored the issue in a 2017 documentary on Black anti-abortion activists. “There’s been certain anti-choice factions that have used her legacy to promote suspicion in the Black community around Planned Parenthood,” she said. “It’s anti-Black women and anti-all women.”

Still, reproductive rights groups have not adequately wrestled with Sanger’s history, Richen said, which has given its opponents ammunition. Planned Parenthood now has an opportunity to tackle what it means to have eugenic ideology bound to its origin story — not as a capitulation to anti-abortion groups, but as a way to look at its history through the lens of race.

Melanie Newman, senior vice president of communications at Planned Parenthood Federation of America, said the organization has denounced Sanger’s racist and ableist statements, and will continue to do so.

In 2016, the organization put out a fact-sheet on Sanger that attempted to separate truth from myth. While Planned Parenthood defended her from claims of racism, it acknowledged “major flaws in Sanger’s views.”

Sanger’s goal was never to promote Black genocide, Newman said in a statement to HuffPost, despite claims to the contrary. “Anti-abortion opponents have perpetuated falsehoods about her legacy for years that infantilize and harm Black women, hindering their ability to receive care,” she said. “At Planned Parenthood, we stand with and trust Black women to make their own decisions. Most importantly, we are committed to the institutional and structural change that will allow us to work towards truly achieving reproductive freedom for all.”