Matt O’Toole is making the rounds.

The president of Reebok is doing his best to keep the activewear brand top of mind as the sale process drags on.

It’s been more than five months since Adidas Group said it was exploring options for its Reebok subsidiary and three months since it started a formal process to sell the company.

Although reports indicate there are numerous parties interested in purchasing the activewear brand — Authentic Brands Group, VF Corp. and Anta Sports, the China-based parent of Fila and Descente among them — no deal has been struck yet. Sources say one reason is that Reebok is so firmly intertwined within the Adidas Group after 15 years that getting a true read on its performance as a stand-alone brand has been difficult.

Adidas bought Reebok for $3.8 billion in 2006 and the price tag now is expected to be around $2.4 billion. In its most recent earnings release on May 7, Adidas only said it has incurred costs of 60 million euros related to the cost of the intended divestiture in the first quarter, and is reporting all income and expenses for Reebok as discontinued operations. However, Harm Ohlmeyer, chief financial officer of Adidas, said Reebok “experienced a sustainable business recovery in Q1, with net sales up double digits backed by a strong order book going into 2021.”

Adidas added that “the overall sales process is well on track and we are confident about the successful future of the brand and the team behind it. We recorded strong interest during the completed phases of the sale process.” The expectation is that the sale will be completed by the end of this year, he said during Adidas’ virtual annual shareholders meeting on May 12. 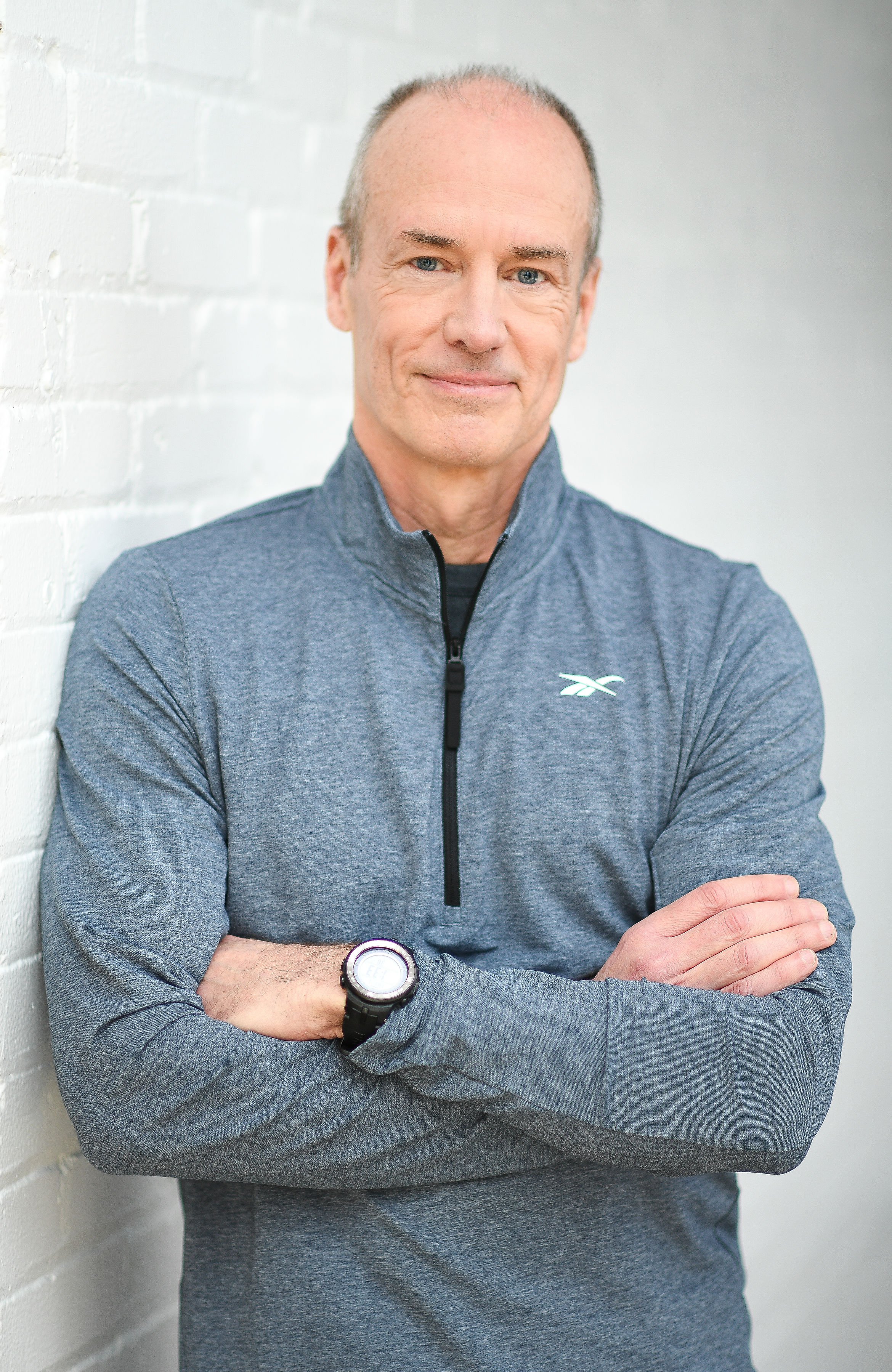 O’Toole reiterated that, saying the “goal is to have the whole transaction completed by the end of the year.” He said the process is a long one and Adidas is in the midst of narrowing down the number of potential purchasers from “a large group” to a much smaller one. He declined to name names or the number of companies still in the running, however, but believes they are attracted to Reebok’s future growth opportunities.

O’Toole said although there have been a lot of advantages in being part of the Adidas family over the past 15 years — including digital and e-commerce initiatives on a shared platform built with Adidas — there have also been challenges. “There are a lot of advantages of being part of a big and successful company like Adidas. The challenge has really been for Reebok to really have its own space in that environment. But the process is underway and we’re on a good path now.”

With an onslaught of brands from designer to mass getting into athleticwear, O’Toole acknowledged the heightened competition, but remains confident of Reebok’s standing. “There’s probably not a bigger global trend on two accounts. One is that people are interested in movement and activity, but also consumers everywhere are choosing athletic sportswear and sneakers as their everyday casual [wear]. So everyone is looking for part of that game.”

Referring to Reebok as one of the few authentic sports brands, which also has a rich archive of products and rich history in promoting human movement and human rights, he noted how in the 1980s the company was inspiring women to work out with its Freestyle shoe and consumers wore it on the street. “The good news is there is a lot of room in this industry because the industry is growing so fast.”

He also said the Reebok team has managed to continue to stay focused on the business despite “so much uncertainty.” He added that “what has emerged is a lot of optimism with a fully dedicated Reebok organization.”

Once a sale is completed, it will be complicated extricating Reebok from Adidas’ offices around the world, he said, adding that there are no plans to downsize or exit the Boston headquarters, which employs some 700 people. The employees will begin returning to the office this summer, but most likely on a staggered basis, he said, at least initially.

Turning to business, O’Toole said Europe continues to be Reebok’s biggest market because of the brand’s “rich heritage” there, particularly with the female consumer. China is also a critical market for the brand.

Although coming out of lockdown from the pandemic differs around the globe, O’Toole is optimistic. “The plusses are outweighing the minuses,” he said. “We had a super strong first quarter and we’re seeing a lot of enthusiasm from the consumer.”

Reebok’s most popular products continue to be updates of some of its most recognizable silhouettes, such as the Club C and the Nano sneakers, he said. “We’re making sure we keep bringing newness to these iconic models each season.” That includes partnering with celebrities such as Cardi B or designer labels including Martin Margiela to create their own versions of the shoes and drive interest from consumers.

O’Toole said by diving into sales data, Reebok has seen that celebrities “control more eyeballs than most athletes,” but in order to keep the connection with the sports world, the brand will also partner with “fitness influencers” going forward.

Although footwear continues to drive the brand’s sales, apparel is gaining in importance, thanks in part to Reebok’s ongoing association with Kerby Jean-Raymond. The designer has been involved with Reebok for more than four years, primarily as a collaborator, and was named in September to the role of vice president of creative direction. O’Toole said Reebok considers itself “very fortunate” to have established a relationship with Jean-Raymond, whose star continues to rise in fashion. Last week it was revealed that he has been invited to present his first haute couture collection in Paris as an invited guest designer of the Fédération de la Haute Couture et de la Mode, the first Black American designer to be invited by French fashion’s governing body to join the couture collections.

O’Toole said Reebok will not be involved with this show and will only support Jean-Raymond as he shines a light on his Pyer Moss collection. But at the same time, the designer is working closely with Reebok’s design team, led by Portia Blunt, who joined the brand from New Balance in March as vice president of apparel, to “share his vision” for the brand going forward. The first fruits of that partnership are expected to be revealed later this year, O’Toole said.

Other launches expected for 2021 include updates on the basketball heritage side as well as a “big launch of a classic leather” at the end of the year, O’Toole said.

Jean-Raymond’s appointment also positioned him at the forefront of Reebok’s Product with Purpose program, which is part of the company’s commitment to United Against Racism. The first products by Jean-Raymond are expected to be released next year.

In terms of social justice efforts, Reebok has reinstated its Human Rights Awards and it will be sharing news of the latest winners shortly. Through Product with Purpose, the company is aligning with key stakeholders or charities that are in the human rights realm, and racial justice initiatives in the U.S. to develop products that support those causes with proceeds. Those products will be launched in the back half of this year.

Reebok is using its digital platform “to make sure that we’re getting that message out,” he said. In addition, for the past decade the company has developed an exercise program that is available in schools where physical education has been taken away. As of now, the exercise program is offered in 5,000 schools. “We’re in schools getting kids moving, which has real quantitative benefits in terms of their academic performance as well.”

Noting how the one-year anniversary of George Floyd’s murder is nearing, O’Toole said, “There’s a lot of work that needs to go on even inside of our own community. We have a number of initiatives that we’re focused on to make sure that everyone coming to work here really feels like they really can be themselves and…that we’re in an inclusive organization.”

Last year disgruntled employees criticized the executive team and publicly called on them to create a more inclusive company and one that greater recognizes the LGBTQ community and employees of color. “Absolutely, there’s been a lot more opportunity for us to have a more authentic and transparent dialogue with the team and to have some really clear objectives. I feel that we’ve made a lot of progress.…There’s a big part of our team working to make sure that we continue to make progress in this area,” O’Toole said.

Last summer more than 1,600 employees at Adidas and Reebok signed a petition calling for change to ensure racial equality. Virtual town hall meetings were held in Portland, Ore., and in Boston, with some employees challenging the initial responses that were made, such as ensuring that 30 percent of all new positions at Reebok and Adidas will be filled with Black and Latinx people, given that Adidas had been operating under restrictive hiring.

Asked to be more specific about those efforts to be more inclusive with employees, he said there have been a series of conversations that have been facilitated by an outdoor resource about what goes into a true and inclusive organization. Everyone has also gone through training and there are targets for Reebok’s overall hiring.