Road map good for some, driving others to wall, as lockdown grinds on

Kepala Pet Resort in Diggers Rest bills itself as five-star accommodation. During peak times, up to 200 dogs and cats, and the odd rabbit and guinea pig, stay an average of 10 days while their owners take a holiday.

At its lowest ebb last year, though, as the pandemic flattened the Australian economy and most Melburnians did their holidaying at home, Kepala hosted just two pets. On Monday, with the city locked down again and travel a far-off fantasy for millions, only 12 pets were there. 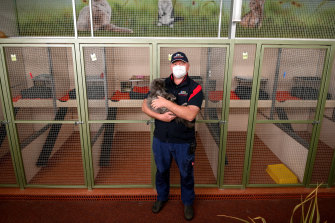 “It’s barely enough to keep the lights on,” said Kepala’s Dale Lacy, whose business is only just surviving thanks to government support and the occasional pet from those parts of regional Victoria that are still allowed to travel.

Sunday’s road map out of lockdown gave clarity to Victorians on crucial matters such as schools reopening, mandatory vaccinations, auctions and hospitality. But for thousands of companies struggling to survive since March last year, it could spell the end – with the economy not likely to return to some semblance of normality until Christmas.

“We have one in three business owners – employers with revenue of $1 million to $10 million – seriously considering closing,” said Small Business Australia’s Bill Lang of the lobby group’s soon-to-be-released COVID-tracker survey of 500 Australian owners.

Among the hardest hit are those whose livelihoods depend on tourism.

Mr Lacy is squarely among them. In pre-COVID times Kepala, where daily dog rates start at $45 and cats $27, would book out during summer holidays and in winter, when Melburnians would drive to the snow or jet away via nearby Melbourne Airport.

Now, even when people could travel again, “they’re all scared because they worry their plans will change”, Mr Lacy said.

Grattan Institute economist Tom Crowley said economists, experts and governments had estimated between $700 million and $1 billion was lost during each week Melbourne spent in lockdown – although as businesses had improved at trading under lockdown the economic damage could now be overstated.

“Last year the federal government [helped] them get over the hump and disruption. That isn’t here this time,” he said. “In terms of otherwise viable businesses evaluating whether they can remain open, that’s the kind of thing that makes a difference.” 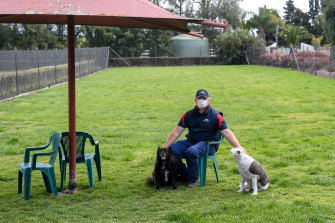 “It’s like trying to get clarity while spinning in circles, blindfolded,” said Mr Bender, who has had to close his business for more than 300 days since the pandemic began.

He suspected many in his industry were operating only to get government payments and would close when support finished. “A lot of these zombie businesses will go under when everything returns to normal.”

Small Business Australia’s Mr Lang said CBD companies in sectors such as retail and hospitality that relied on the city-centre thriving had “literally no hope”. Others could hang on until November, when 80 per cent double vaccination rates are expected, but were still stuck in uncertainty.

“To date, the government has been unable to stick to any road map published. We are at week six of what was going to be a one-week lockdown.”

“Many of these people are at the brink of collapse,” he said.

He said the state must stick to the road map at all costs because businesses could cope only if there was certainty. “We’ve been getting a snakes and ladders game: you crawl along and all of a sudden you are back to where you started.”

Industry Support Minister Martin Pakula said support levels for businesses had increased in recent packages, acknowledging some sectors were having a harder time than others.

“We respond swiftly as circumstances change and it’s vital for thousands of businesses across the state that we do so.”

Since the pandemic started, the state has provided more than $10 billion in direct economic support to businesses, including $4.2 billion since June.

The Commonwealth has jointly funded Victorian business support packages since late July. The most recent package, for September, totals $2.34 billion.

Payments for pubs and bars are being made over September, with venues that have a capacity below 100 people getting $10,000 for the month’s final fortnight, and those that can fit up to 500 receiving $20,000. The largest venues will receive $40,000.

Full information on support grants is available at Business Victoria’s website. COVID-19 disaster payments of between $450 and $750 a week are also available, depending on hours lost, to workers and businesses that do not pay GST.