Prince Harry and Meghan Markle have had a hard time finding their way with the public ever since the two started dating back in 2016. Prior to meeting Meghan, Harry was one of the most well-liked royals in the family. But with all of the changes that have occurred since he and Meghan wed, the British public has finally made it clear that their approval of the prince has dropped tremendously. 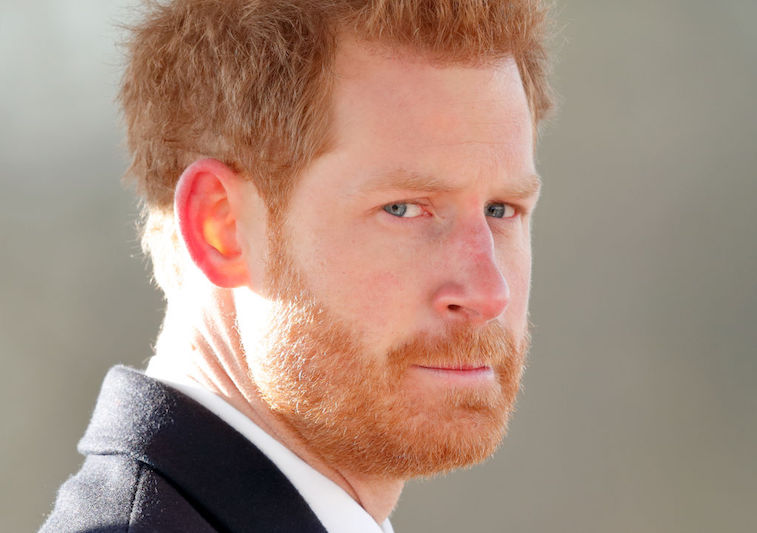 Prince Harry and Meghan Markle are carving their own path

When Harry and Meghan wed, they immediately decided to startdoing things differently. Since Harry will likely never be king, it waseasier for the two to change the rules a bit when it came to how they handledroyalty. They worked with unique charities and launched new initiatives, andMeghan even explored guest editing British Vogue.

As Harry and Meghan were working hard to leave their own legacy within the royal family, they were working just as hard to develop the kind of relationship with the public that Prince William and Kate Middleton have.

The two have found it difficult to win over the public

From the moment Meghan and Harry met, the British press started giving her a hard time. They dug into Meghan’s family life and revealed her troubled relationships with her father and half siblings. Plus, Meghan was constantly at the root of negative headlines, and the more rumors the public read about her, the more their opinion of her began to shift from positive to negative.

It started to get to the point where Meghan and Harry were having a very difficult time winning over the public. The two took an important trip to Africa last fall, which seemed to go over well among the British people. But the release of their difficult interview shortly after, which exposed the feud between Harry and his brother and largely painted Harry and Meghan as victims, pretty much overshadowed the good they had done on their trip.

“After many months of reflection and internal discussions, we have chosen to make a transition this year in starting to carve out a progressive new role within this institution. We intend to step back as ‘senior’ members of the Royal Family and work to become financially independent, while continuing to fully support Her Majesty The Queen. It is with your encouragement, particularly over the last few years, that we feel prepared to make this adjustment. We now plan to balance our time between the United Kingdom and North America, continuing to honour our duty to The Queen, the Commonwealth, and our patronages. This geographic balance will enable us to raise our son with an appreciation for the royal tradition into which he was born, while also providing our family with the space to focus on the next chapter, including the launch of our new charitable entity. We look forward to sharing the full details of this exciting next step in due course, as we continue to collaborate with Her Majesty The Queen, The Prince of Wales, The Duke of Cambridge and all relevant parties. Until then, please accept our deepest thanks for your continued support.” – The Duke and Duchess of Sussex For more information, please visit sussexroyal.com (link in bio) Image © PA

Things haven’t been easy for Harry since he got married. Butnow that he’s left the royal family, his approval rating has dropped sharply —and royal fans have made it clear they’re not happy with him. Expressreported that a poll conducted by Redfield & Wilton Strategies found that,out of 1,500 participants, 54% did not wish to see Harry and Meghan ever resumetheir royal duties. 18% said they didn’t know, while 28% said they’d like tosee the couple return.

Fewer than one third of those who participated in the study were hoping the couple would rejoin the family. At one point, Harry was the third-most-liked royal in the family behind his brother and the queen — and his approval rating was at nearly 90%. But with all that’s gone on, the public has made it clear that they’ve changed their minds about him. Surprisingly, 33% of those polled said that the coronavirus pandemic caused them to have an even worse view of the prince.

This afternoon, The Duke and Duchess of Sussex attended the annual Commonwealth Service at Westminster Abbey on Commonwealth Day, alongside Her Majesty The Queen and Members of The Royal Family. The Commonwealth is a global network of 54 countries, working in collaboration towards shared economic, environmental, social and democratic goals, and the Service today seeks to highlight the vast community which spans every geographical region, religion and culture, embracing diversity amongst its population of 2.4 billion people, of which 60 percent are under 30 years old. As President and Vice-President of the @Queens_Commonwealth_Trust, The Duke and Duchess of Sussex have been passionate advocates of the Commonwealth having spent many years working closely with the next generation of Commonwealth leaders. The theme of the Commonwealth for 2020 is ‘Delivering A Common Future: Connecting, Innovating, Transforming', placing emphasis on youth, the environment, trade, governance, and ICT (Information and Communications Technology) and innovation. From working to protect the earth's natural resources and preserving the planet for generations to come, to championing fair trade and empowering the youth of today to transform the communities of tomorrow, the Service celebrates the Commonwealth's continued commitment to delivering a peaceful, prosperous and more sustainable future for all. Photo © PA

Meghan and Harry are trying to start over. They recently announcedtheir new charity initiative, Archewell, and they helped deliver meals to thosein need during the coronavirus pandemic. But still, people seem to be at oddswith the two — and it’s unclear what exactly it will take to get the publicback on their side.

With everything at a standstill these days, Harry and Meghan likely won’t be doing too much charity work any time soon, though Archewell might be the key to showcasing the good they’re doing in the world — and to getting people back on their side.