The 8in wide “masterwork” took 400 hours to perfect, including four days of polishing. 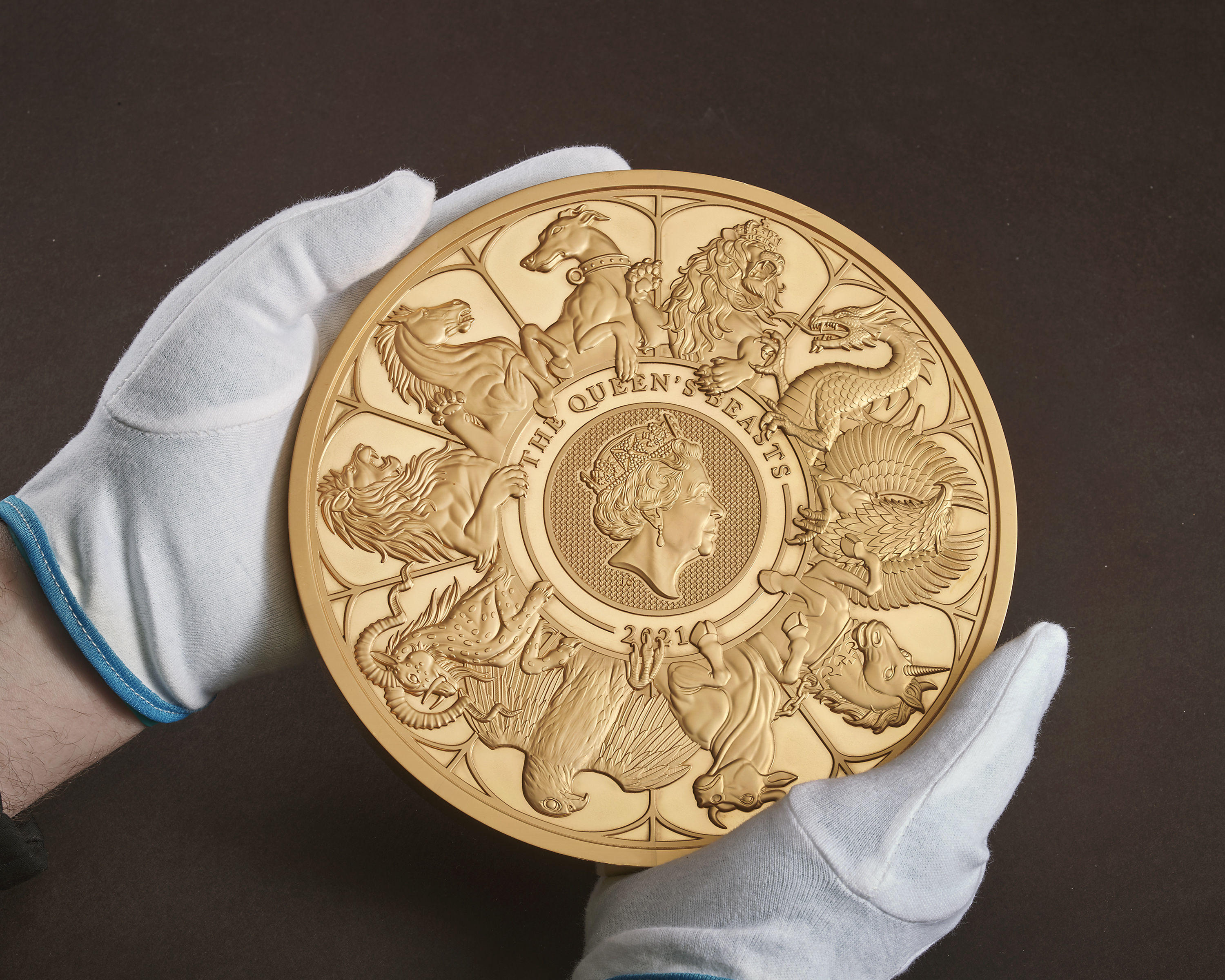 The amazing coin has already been sold, though no details were given.

However, the Mint said something of this craftsmanship would be worth six figures.

The team of master craftspeople who created the item used traditional skills alongside today’s tech advances.

Engraving machines carefully cut the design on to the coin, which has a denomination of £10,000.

A master toolmaker then hand-worked the coin, removing any blemishes before polishing and laser-frosting to texture the surface.

The coin marks the conclusion of the Mint’s Queen’s Beasts commemorative collection.

The series takes its inspiration from ten stone statues that lined her route to Westminster Abbey at her 1953 coronation.

This coin reunites all the beasts in one design: the Lion of England, the greyhound, the yale, the dragon, the horse, the lion of Mortimer, the unicorn, the griffin, the bull, and the falcon. 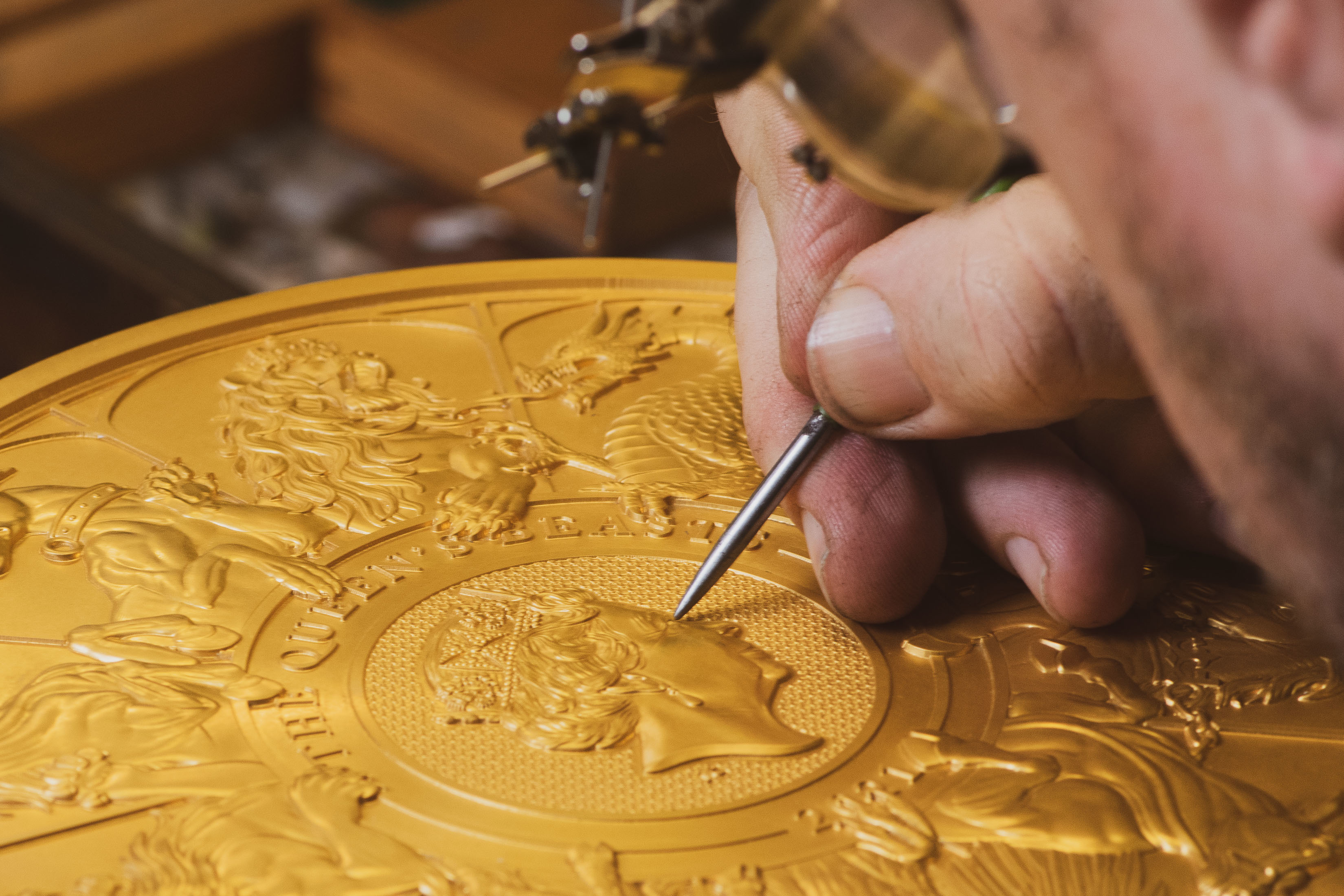 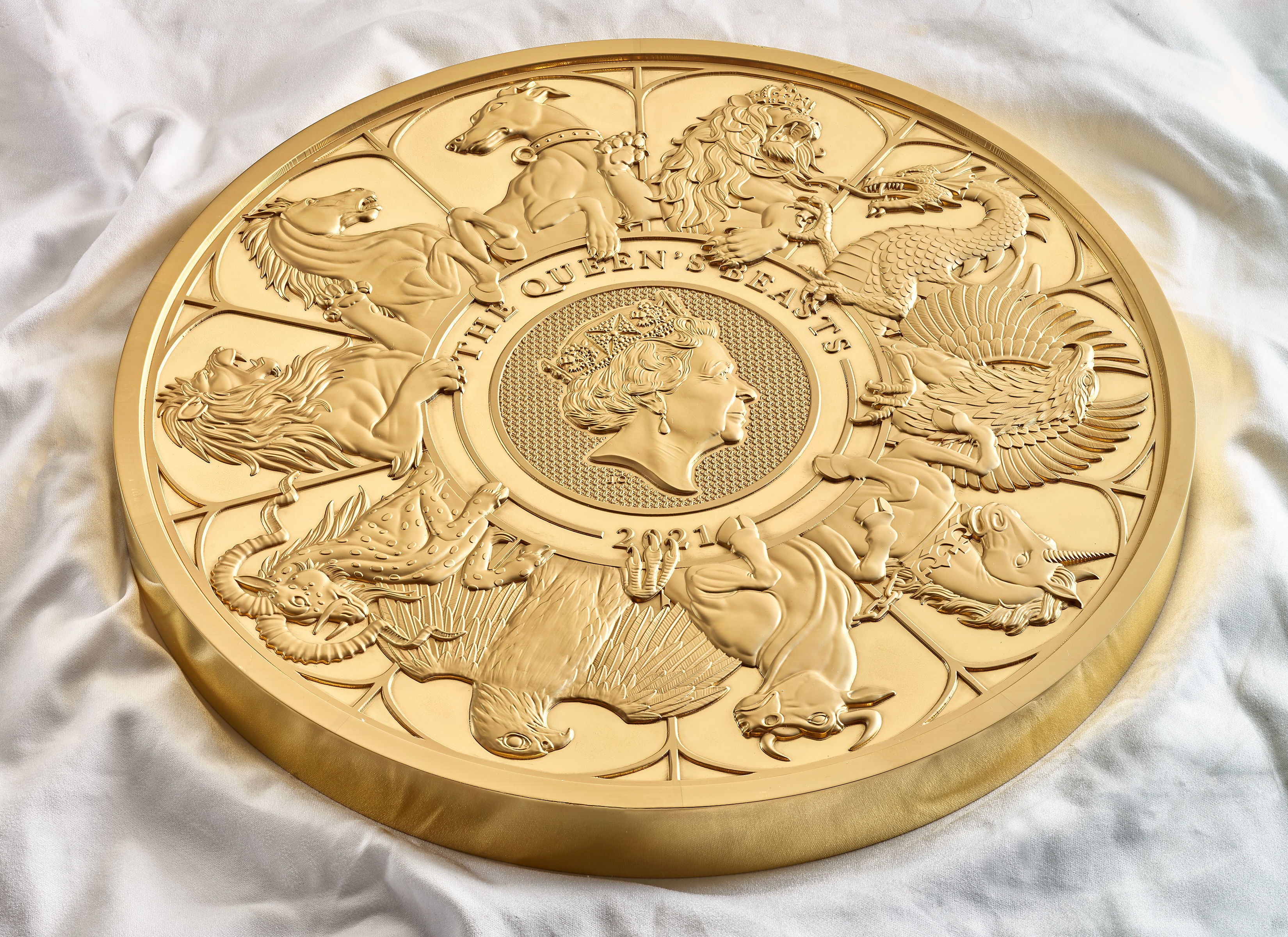 Clare Maclennan, from the Royal Mint, said: “The Queen’s Beasts collection has grown in popularity since 2017.

“This coin sets a new standard for minting — combining centuries old techniques with innovative technology to create a beautiful work of art.”

Versions of the design are available in a range of finishes. Prices start at £13 for the £5 un­circulated coin. 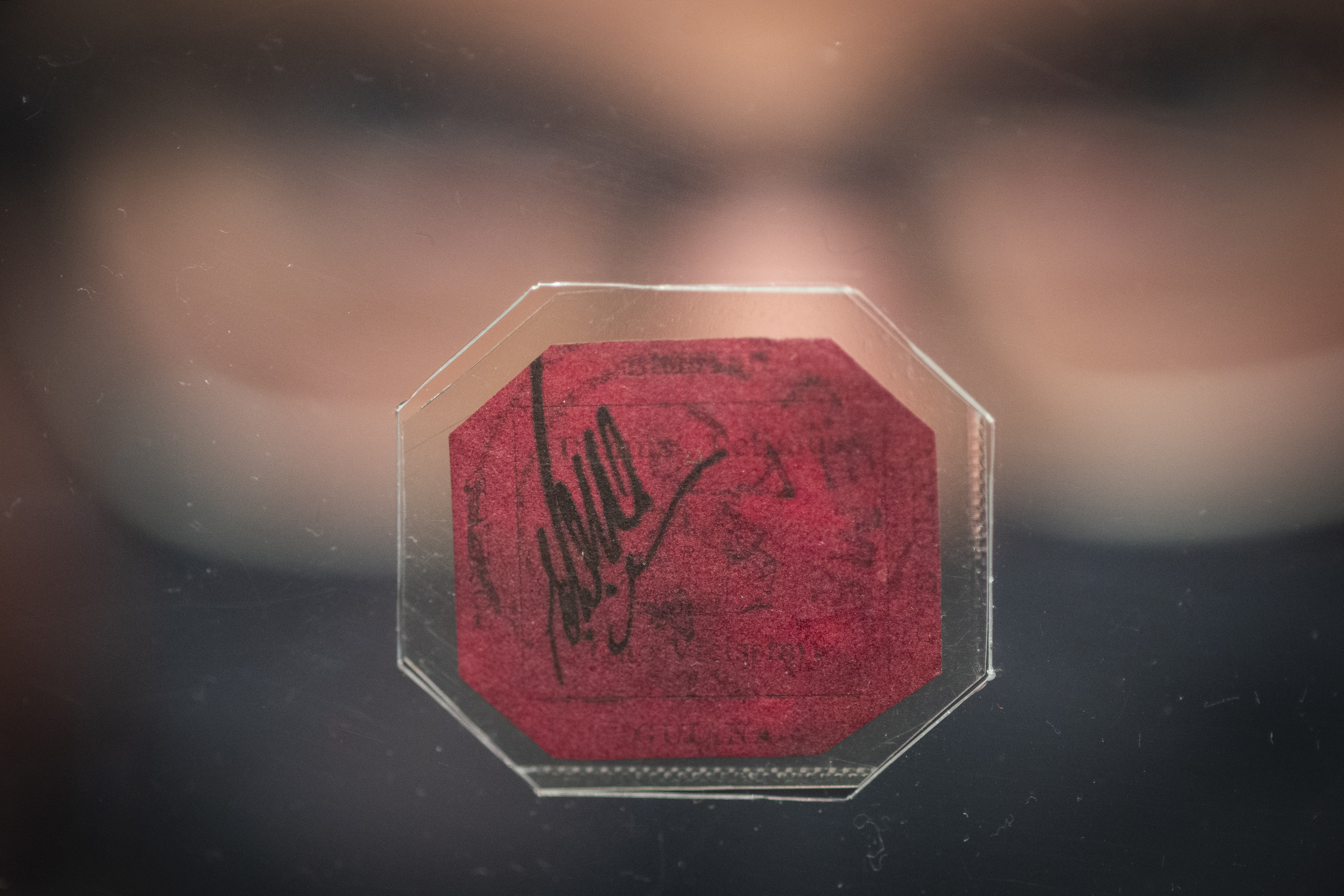 THE world’s most valuable stamp, worth around £10.7million, has gone on display ahead of its auction in the summer.

The British Guiana One-Cent Magenta stamp is said to be the sole survivor of its kind.

It was created in 1856 as a contingency when a shortage of stamps ­usually imported from England threatened to disrupt the postal service in what is now Guyana.

On each of the four times it has sold at auction, it has established a new record price for a stamp — and is predicted to set another at one billion times its face value.

It can be viewed at Sotheby’s auction house in Mayfair, central London, until tomorrow and is due to be sold in New York on June 8.