Russell Crowe sees a new film studio at Coffs Harbour on the NSW north coast as supplementing rather than competing with existing production facilities in Sydney and the Gold Coast.

“I like to think of us as more of a bespoke studio,” the Oscar-winning actor said after announcing plans to build the Pacific Bay Resort Studios And Village at a media conference in the coastal city.

While Sydney’s Fox Studios and the Gold Coast’s Village Roadshow Studios are expected to keep attracting big-budget movies, Crowe said the new venture would be ideal for shooting smaller-scale projects, both Australian and international. 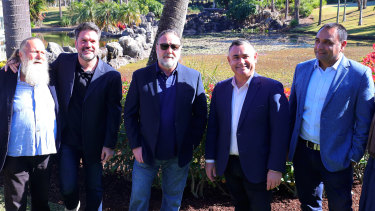 “This isn’t a studio to compete for those $200 million tentpoles,” told this masthead. “If you’ve got a $10 million independent film, there are aspects of this studio which make it more sensible and cheaper and more production-friendly to shoot here.

“Your budget might be $100 million. The sort of thing we offer in terms of accommodation on site, which cuts down emissions and a lot of transport issues, and facilities for people to bring their families with them and have an actual lifestyle while they work, that’s what really stands us apart.”

The studio, to be built on vacant land that was once a banana plantation at Pacific Bay Resort, will include four soundstages, post-production facilities, an animation studio, a film school, tanks for filming water scenes and two nearby backlots.

Asked whether he was an investor in the project, Crowe, who has a property at nearby Nana Glen, described himself as a foundation partner with former Olympic water polo star and businessman Peter Montgomery and producer Keith Rodger.

“I’ll get the pats on the back but also the problems are mine as well,” he said.

The four soundstages makes the new venture smaller than Fox Studios, where Taika Waititi has just finished filming Thor: Love and Thunder, which has nine. The Village Roadshow Studios, where Ron Howard has been filming the Thai cave rescue drama Thirteen Lives, also has nine soundstages. 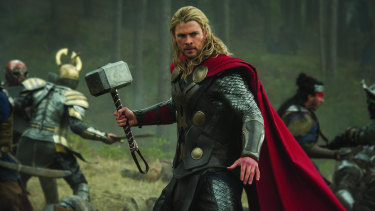 Planning applications for a project estimated to cost $438 million are to be lodged with the NSW government as a State Significant Development. The studio backers hope to get approval to start construction within 12 months.

“When we open is really going to be a matter of making sure we can keep the state government, the federal government and the local council all on the same page and all marching forward together,” Crowe said.

Depending on how long it takes to build, the studio would ease the pressure on east coast production facilities since Australia became one of the most COVID-safe filming locations in the world.

Crowe said that, as president of the Australian Academy of Cinema and Television Arts, the project would be a boost for the industry, especially for crew who lived on the north coast.

“Between Bellingen and Mullumbimby, you’ll find scenic painters, assistant directors and camera people,” he said. “This is where we choose to live.

“With the amount of sunshine hours that we have here and with the airport at Coffs, the university, the hospital, we have all the infrastructure we need to bring people in and out quickly and assist them in their production.”

The variety of landscapes nearby would also appeal to filmmakers.

Crowe expected there would still be a demand for studio space once the boom in overseas production because of COVID had passed, provided the federal government kept filmmaking incentives highly competitive. Streaming services would need to keep commissioning new series as well.

“You don’t increase your viewership by having series four of a very popular show,” he said. “You need fresh product.”

Deputy Premier John Barilaro, who was also at the press conference, said the project “had the potential to elevate Coffs Harbour to the world stage with international demand for filming space currently at an all-time high”.

Crowe said his next film would be playing a tech billionaire in the thriller Poker Face, directed Gary Fleder, which would shoot in Sydney and locations to the south.