Greater New York City-area Ukrainian-American business owners and community leaders alike are spearheading efforts to raise money to support their embattled loved ones, all in the hopes of showing Ukrainians, "They’re not alone."

The Russia-Ukraine war moved into its eighth day on Thursday, as Ukrainians across the world have continued to show their unrelenting support for their homeland.

"America is with you," said Andrij Dobriansky, a New York City-based community leader, when asked if he had a message for those in Ukraine. "I hope that Ukrainians understand that they're not alone."

Dobriansky, who co-chairs the United Ukrainian-American Organizations of New York, told FOX Business he has seen Ukrainian flags flown prominently throughout the city and said local communities are eager to help. 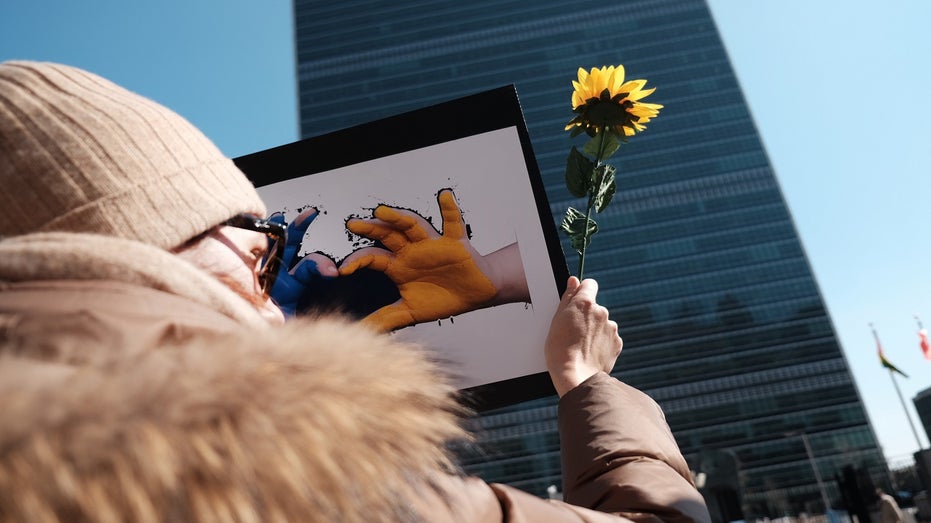 Protesters gather outside the United Nations headquarters in New York City as members vote in the U.N. General Assembly during a special session on the violence in Ukraine, March 2, 2022. (Getty Images / Getty Images)

"Almost everybody is donating in some way or putting up posters about where to donate," he said. He urged anyone interested in contributing money toward Ukrainian refugees to do so by visiting the Ukrainian Congress Committee’s website.

Jason Birchard, owner of famed Ukrainian restaurant Veselka in New York City’s East Village neighborhood, said he and his staff have received "an outpouring of love and support." He estimated 40% of his staff was Ukrainian.

“I want the world to know how much Ukrainians love our country. It is in our blood.”

"Customers are coming to check on them and support Ukrainian businesses. It has been overwhelming. I'm doing double the business I'd normally do," Birchard told FOX Business. "I can't keep up with my takeout orders. There's a line out the door at 9 a.m."

On Tuesday, Veselka announced a campaign to donate the proceeds from all orders for borscht, a traditional Ukrainian food.

"All our Ukrainian borscht sales will be donated to the Ukrainian relief efforts," Birchard said. 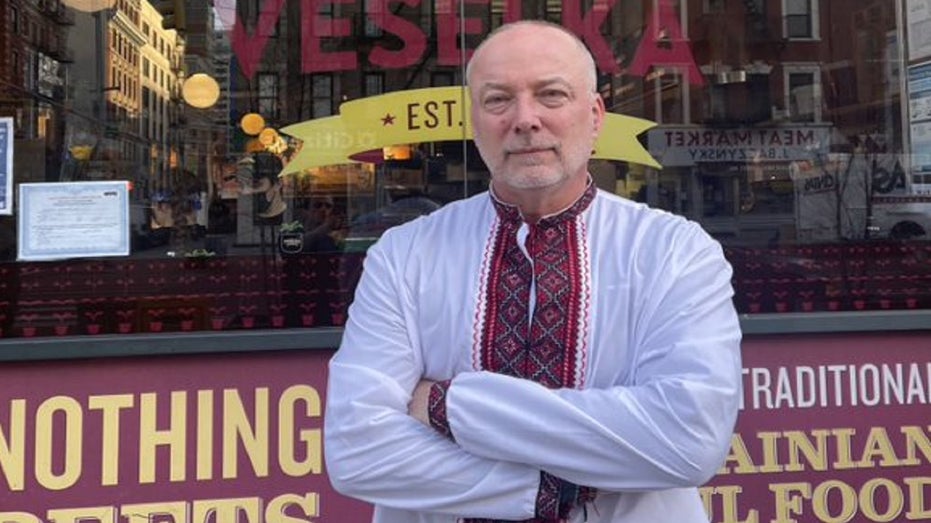 The restaurant is also sharing other, previously vetted nonprofits, and additional ways for people to support the community on its website.

Birchard’s grandfather immigrated to the U.S. in the late 1940s to escape Russian oppression. He opened a newsstand and candy store at the corner of Second Avenue and East Ninth Street, and converted the shop into a restaurant in the 1950s.

The proud Ukrainian-American said members of his staff are from all over Ukraine, including some who have parents in Kyiv and siblings who are fighting in Ukrainian forces. They’re "distraught, emotional," he said, but have chosen to work despite his offers to continue paying them while they take time for themselves.

"This is not just a war on Ukraine, it's a war on the free world. We all need to stand up collectively: the U.S. the E.U.," he went on. "We are desperately trying to get a no-fly zone over Ukraine. The soldiers are fighting back as best as they can, but we're fighting one of the mightiest armies in the world. Putin is a tyrant and needs to be stopped at any and all costs."

US TECH COMPANY IN UKRAINE: EMPLOYEES VOLUNTEER TO FIGHT RUSSIA 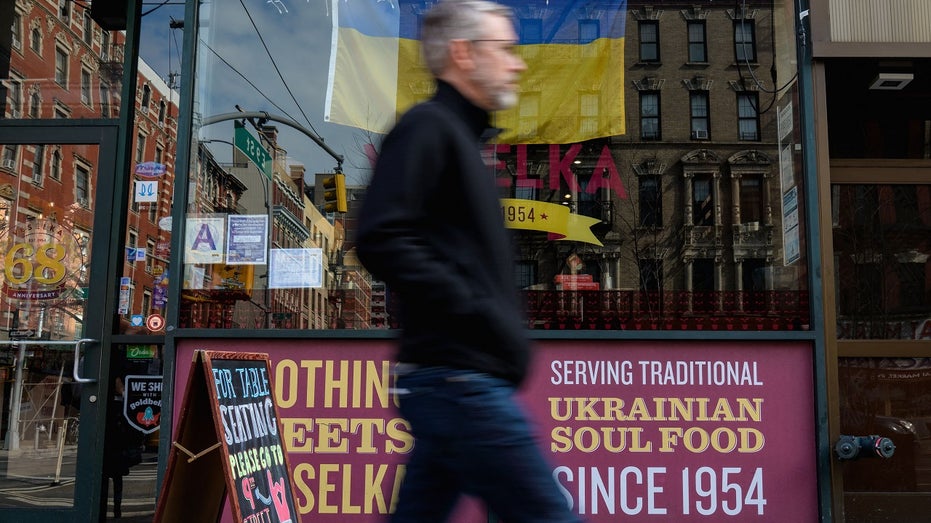 Dmytro Kovalenko runs Streecha, which is also in the East Village and is owned by St. George Ukrainian Catholic Church. The restaurant, which opened more than 50 years ago, has had three times more than its usual customer load since the invasion began, Kovalenko told FOX Business.

He has since posted a QR code at the front of the store for customers to scan if they’re interested in donating money for the Ukrainian military forces.

"My customers can come to Streecha, scan the QR code and send money directly," he said.

Kovalenko moved to the U.S. in 2014, but still has family – including his mother, his sister, and her 2-year-old child – in Dnipro, in the eastern part of Ukraine.

"It’s hell, it's really hell," he said. "They live in the underground garage to try to hide, trying to find some safety against the airstrikes and shelling." 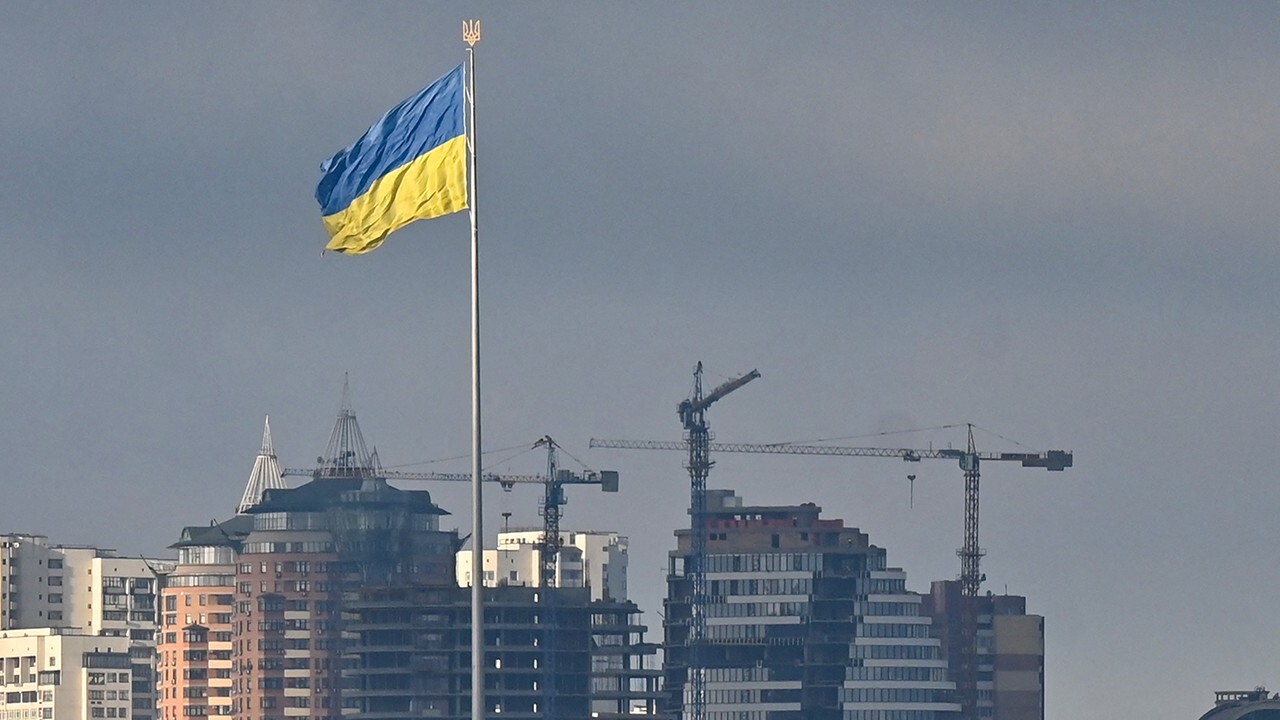 Jason Birchard, third-generation owner of Ukrainian restaurant Veselka in New York City, is donating a portion of his profits to Ukrainian relief efforts. He calls Putin a ‘maniac’ and a ‘tyrant.’

He added: "We all hope that our forces are strong enough to resist and of course we need support from other countries."

‘They know what to do’

And Stepan Rogulskyi, owner of Varenyk House in Queens, moved to the U.S. in 2008 and now lives in the borough's Maspeth neighborhood with his wife and toddler. His parents, grandparents and cousins are still in Ukraine.

He told FOX Business customers were supporting his restaurant and the community. When asked if he had a message for the people of Ukraine, he said he didn’t think anything he said would help.

He added: "They are united. They know what to do." 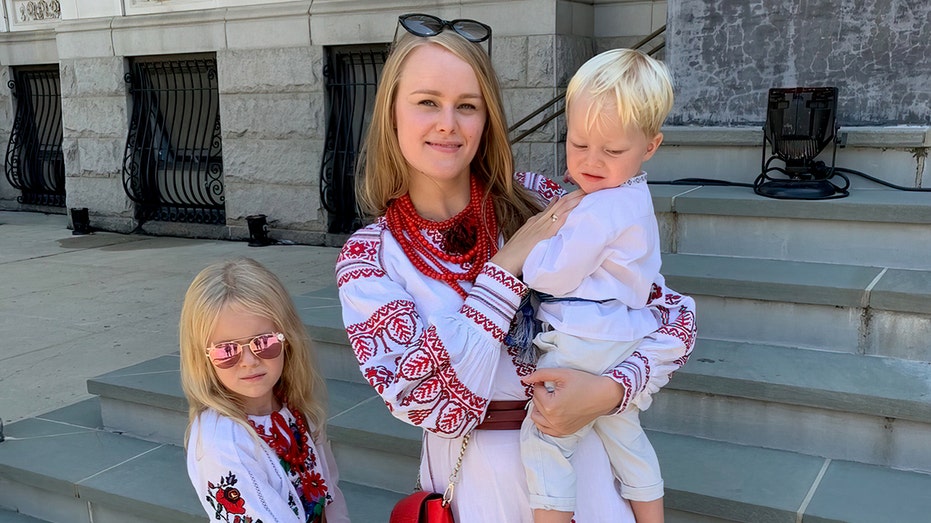 Across the Hudson River, Oksana Bats, president of the Jersey City, New Jersey, branch of the Ukrainian National Women’s League of America, said Ukrainian-Americans there are also feeling the support from their community.

"We want to spread the word about what’s going on," she said. Bats’ parents and brother remain in Ukraine, as well as her husband’s family. "[I’m] just so appreciative on how American people support us. We feel important."

New Jersey boasts a Ukrainian population of approximately 100,000 people, she said. Bats came to the U.S. from Lviv in 2015 and is now helping to raise money and awareness for the Ukrainian relief effort.

"I want the world to know how much Ukrainians love our country," she added. "It is in our blood."