Save Live Music is backed by senior Conservatives who do not want music to be a casualty of the pandemic. Campaign founder Ed Barker – a former Tory candidate who played saxophone for George Michael – is pushing for a “sector-specific deal”. He said: “No musician I know wants a government handout – they want to get back to work. But whilst every other business has been able to open up to some extent, music venues have had to stay shut because of social distancing rules – and this is only getting worse as we hit the winter months.

“We will see thousands of job losses, a huge spike in the welfare bill, and we risk undermining a generation of potential talent if the government doesn’t step in to give the music industry a hand until we can all get back to work.”

Former First Secretary of State and Conservative MP Damian Green said: “Bringing back live music as soon as humanly possible is not just an economic necessity, but a move which will bring back the soul of this country. We need to be a land with music.”

Sir David Lidington, who was also seen as a de facto deputy prime minister under Theresa May, said: “Live performance can touch the soul in a way that surpasses even the best recording. When I think about my own life, live music has given me so many of my most intense moments of both consolation and joy.

Covid-19 and the restrictions imposed in order to limit the pandemic threaten the survival of performance venues and the livelihoods of musicians. 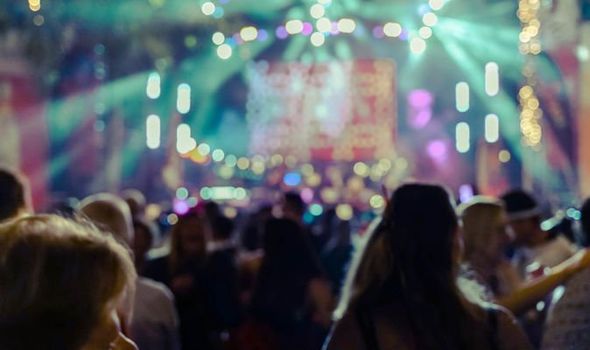 For performers and audiences alike, what is under threat is part of what gives life its meaning. That is why this campaign is needed and deserves support.”

The campaign’s Mr Barker said: “I don’t see the sense in supporting people from March to October, only to withdraw it in November when we’re still unable to do what we do best – why let musicians fall through the net now?

“This isn’t just about musicians’ livelihoods – it’s about the sort of country we want to live in when we are through this health crisis. Nobody wants to get through this only to find that we’ve got no live music to dance or sing along to, yet that’s exactly where we’re heading.

“Friends of mine that I was touring and performing with last year are starting new careers.  Do we really want to allow this pandemic to chip away at our world-beating cultural infrastructure like this?  Speaking as both a Conservative and a musician, that would be the most catastrophic self-inflicted market failure we could allow to happen.”