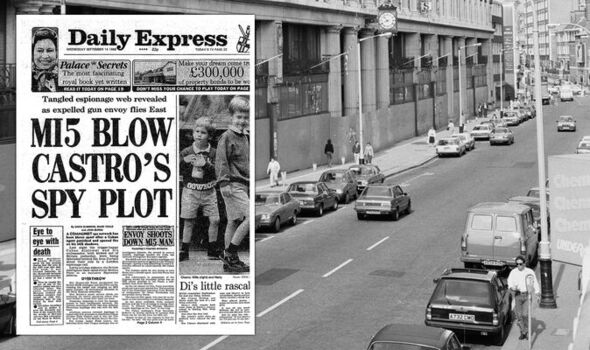 Cuban diplomat Medina Perez opened fire on his assailants, with one forced to jump aboard a No.36 bus to escape. Cuban sources claimed MI5 and the CIA had been trying to persuade Perez to defect but were forced to abort the ill-fated mission.

40 years ago (1982) Princess Grace of Monaco died in a car crash near her home in the principality of Monte Carlo. Her daughter Princess Stephanie, who was in the passenger seat, sustained spinal injuries.

The princess’s Rover plunged 100 feet down a ravine after she was unable to stop.

15 years ago (2007) In a precursor to the 2008 worldwide financial crash, problems at Northern Rock sparked the first run on the banks in Britain for 150 years.

It would later emerge the group had paid senior executives substantial retention bonuses.

The bank was eventually nationalised in 2008 and bought by Virgin Money in 2012.