Shaquille O’Neal says he called Kobe Bryant’s mom and dad on the morning of the one-year anniversary of Bryant’s death, sharing that it was a “tough day” for him but an even “tougher” day for them.

The NBA legend and former Los Angeles Lakers teammate to Bryant opened up about how he handled the emotional day. This week marked one year since Bryant, his 13-year-old daughter Gianna, and seven others died in a tragic helicopter crash in California.

In an interview with ET Online, O’Neal said that on the anniversary he was “more worried about [Bryant’s] parents” than about himself.

“I’m sort of a tough cookie,” O’Neal told the outlet, before adding: “So I called them, made sure they was right. We didn’t talk long, just, ‘Love you guys, if you ever need me, I’m here.’”

“I’m a mama’s boy, so that’s the first thing I did when I woke up; called his mom and just let her know that I love her,” he shared. 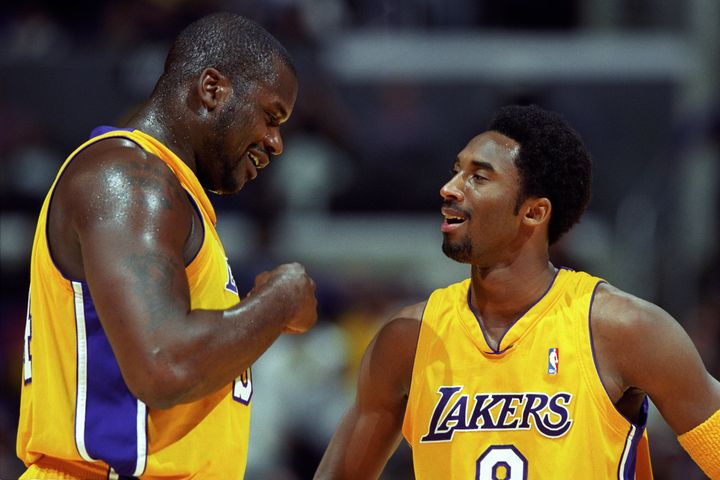 He also told the outlet that he spoke to Bryant’s widow, Vanessa Bryant, and said she’s “doing OK under the unfortunate circumstances.” She is now a single parent to her and Bryant’s other daughters: Natalia, 18, Bianka, 4, and Capri, 1.

“It was a tough day for the country, but for Vanessa and the kids, and for Kobe’s parents, his brother and sisters, it was a tougher day,” O’Neal said.

“So I just wanted to make sure that they were OK,” he continued. “[Vanessa] is doing a great job. I’m sure [Bryant’s daughters] already know that their father was fearless and was a caring person.”

Vanessa spent much of this week honoring the life and legacy of her late husband and daughter on Instagram. In one post, she shared a letter written to her by one of Gianna’s best friends, Aubrey Callaghan.

“You have probably heard this, but if I ever become a mother, I hope my daughter turns out exactly as yours did,” Callaghan wrote of Vanessa, going on to say that she remembers Gianna as “kind, caring and endlessly polite.”

In the caption when she posted the letter, Vanessa thanked “Aubz” for “beautifully sharing some of your memories of my Gigi with me and allowing me to share them here on my ig.”

“My Gigi is INCREDIBLE and I truly appreciate your thoughtful letter. She loves you so much. I miss my baby girl and Kob-Kob so much, too. ♥️I will never understand why/how this tragedy could’ve happened to such beautiful, kind and amazing human beings. It still doesn’t seem real. Kob, we did it right. Gigi, you still make mommy proud. I love you,” she wrote.