FOR Ole Gunnar Solskjaer the equation is simple — a smile on the face of his dynamic duo over the next few weeks means a beaming grin on his own for months.

With an added bonus of convincing Manchester United’s third musketeer that the Theatre of Dreams is indeed the place to turn them into reality. 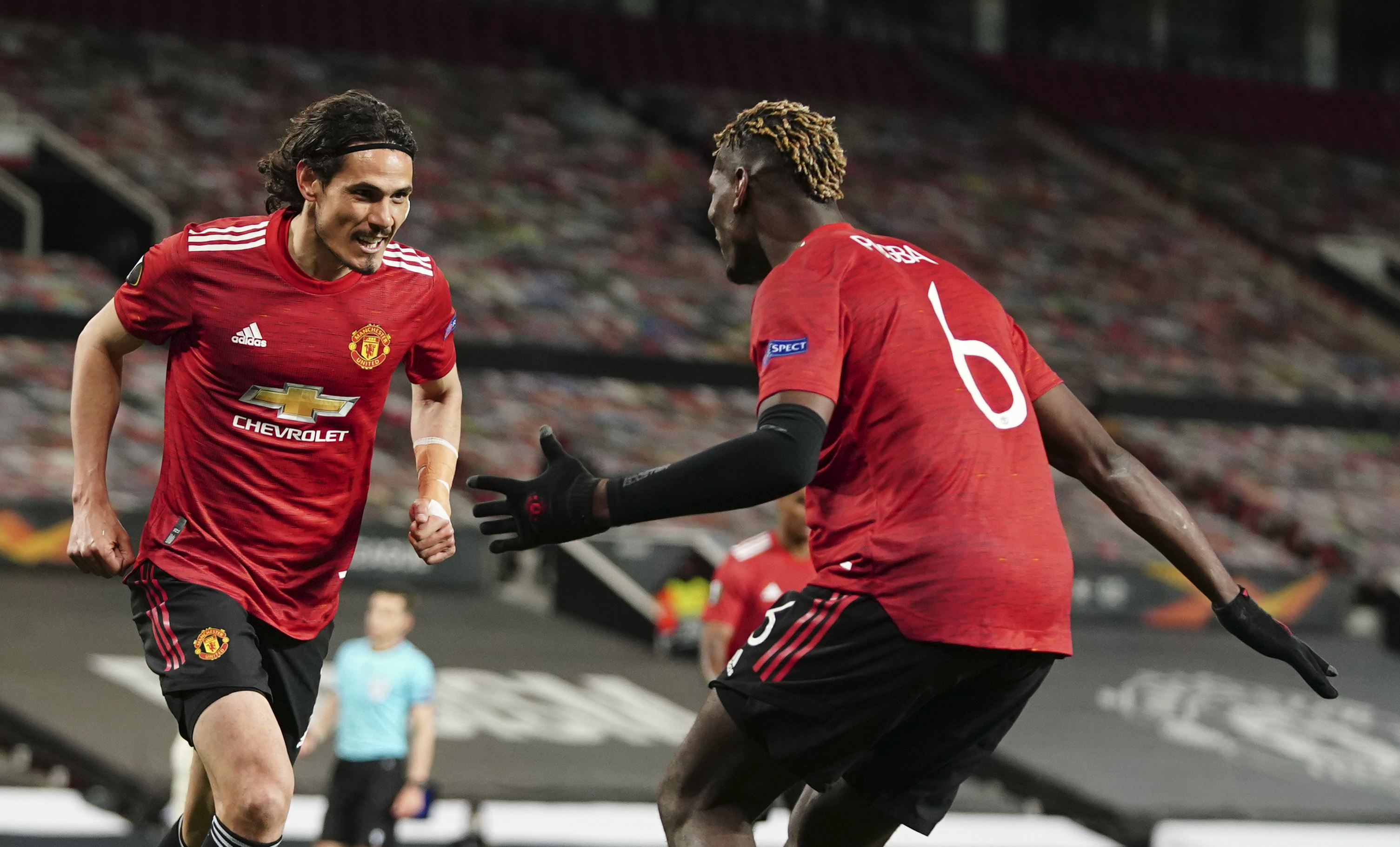 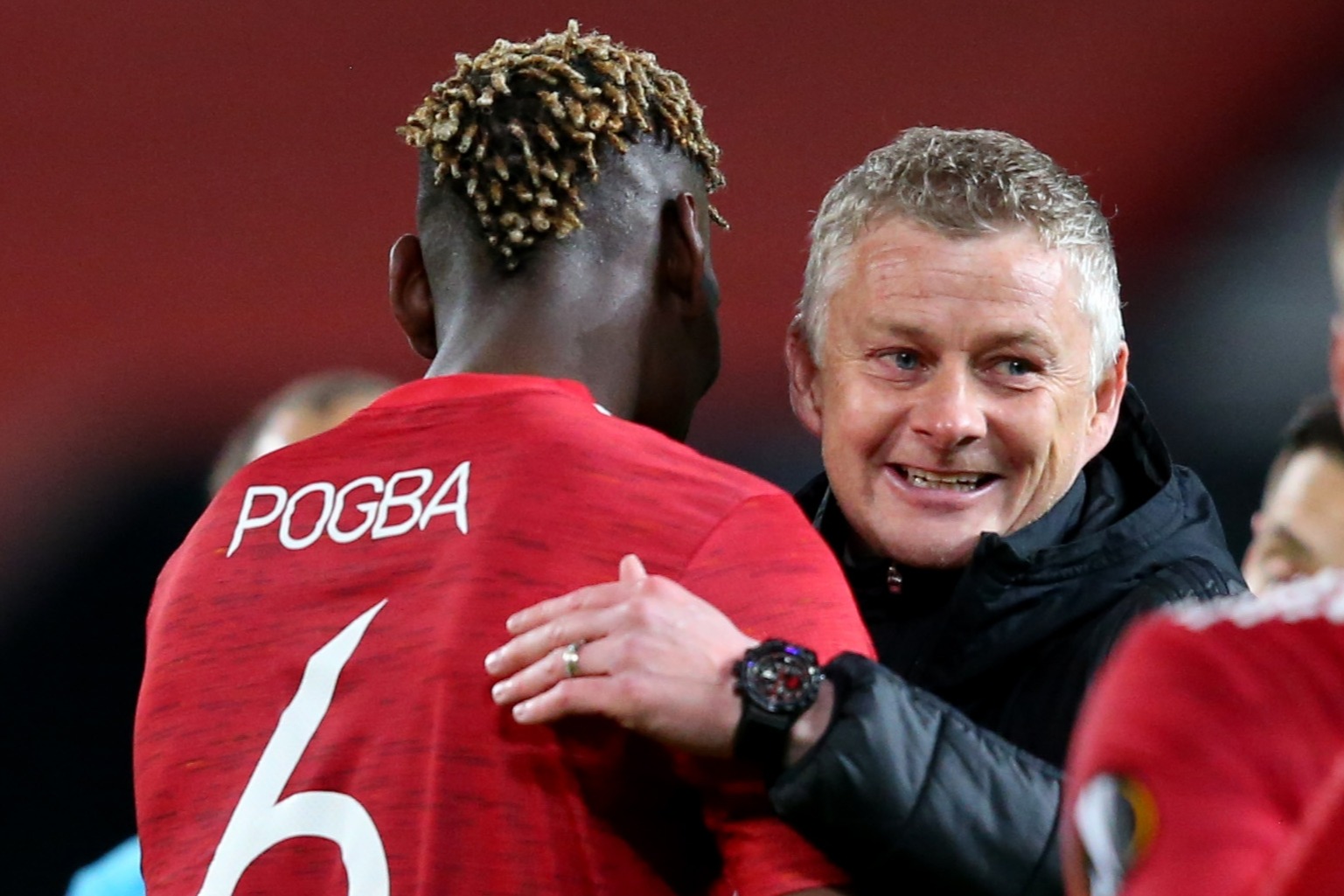 Solskjaer himself has no doubts about that, and United are edging towards being genuine title challengers for the first time since Sir Alex Ferguson left.

They have a four-point cushion in second place and on Thursday put one foot in the Europa League final with a 6-2 first-leg thrashing of Roma.

Ironically, the key figures in that semi-final masterclass were Paul Pogba and two-goal duo Edinson Cavani and Bruno Fernandes.

For the future of the first two remains up in the air… and convincing both to stay will stop Fernandes getting itchy feet as well.

Solskjaer, whose side face Liverpool today, knows the best chance of a happy camp is with a flying finish, even if Uruguay striker Cavani is hinting at a return to South America.

Yet for Pogba in particular, it is vital to show him United is smiles ahead of the rest, with just a year on his deal.

Solskjaer said: “Edi and Paul are winners but are also human beings. So it’s important they enjoy playing for this team.

“If we can play like we did against Roma, if we go again against Liverpool and they can feel our progress, our chances are bigger to keep them.

“You can see he’s enjoying himself here, he has a smile on his face.”

While the three big guns have shone, just as crucial has been the form of Harry Maguire and Victor Lindelof at the heart of the defence.

They have not lost in the Prem for six months when in tandem and conceded five in nine league games, as United aim to go a season unbeaten away from home.

BETTING SPECIAL – 80/1 FOR A PENALTY FOR EITHER SIDE

Yet boss Solskjaer said: “Victor and Harry have been very reliable.

“But if there are players who come in and challenge them or take their place, that’s great.

“We sign players to challenge the ones we have already and if you don’t step up, players will take your place.

“That fear of losing your position has to be there. I felt that when the gaffer signed new strikers, I had to step up.”