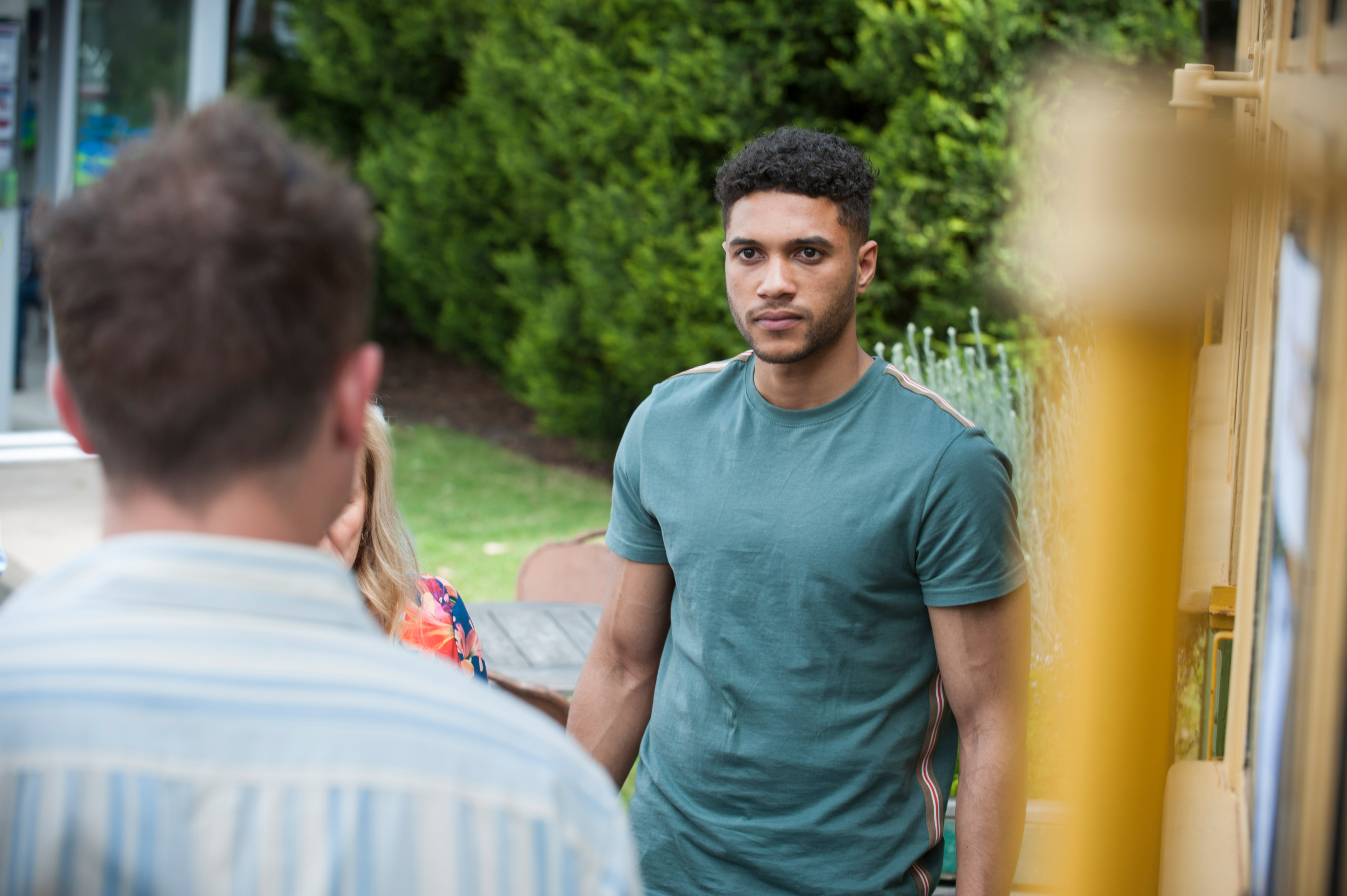 Levi (Richie Morris) is moping after Bea’s (Bonnie Anderson) big farewell and doesn’t know what to do with himself in Neighbours. But his search for a new focus will see him take on a very dangerous challenge.

Sheila (Colette Mann) feels terrible for her grandson as she watches him navigating his way through his heartbreak, and in her true Sheila way starts wracking her brains as to how she can help.

With his life plans suddenly changed, he’s lost all direction and his moping is making him seem a bit hopeless. Wanting to help him move on, she starts giving him tasks to keep his mind occupied – a series of small menial tasks to help around the house. And of course, Sheila has the subtly of a sledgehammer so it’s not long before he twigs he’s being manipulated. He rounds on her for making him feel like a loser and for making it all 10 times worse.

But her actions do some good as they make him realise he needs to find his own distractions to move forward from his lost relationship. Unfortunately though, he takes himself on a dark path.

He accesses the police database, which is a bit of a no no, and finds the details of two mystery people. His strange and shady behaviour around this piques Kyle’s interest, who becomes seriously concerned for his cousin. He makes Levi promise he won’t do anything stupid without telling him first, namely, trying to find these people on his own. But with Levi sporting a gung-ho attitude and having lost any sense of care for himself, could he make a rash decision that’ll put him in harm’s way?

Of course he will because he is not thinking straight. He secretly prints off the police records of his attackers and now has the power in his hands should he decide to act.

Somewhat sensibly, he’s in two minds – he knows deep down it would be a daft thing to do, but it could bring him the closure he needs.

He chats with Nicolette (Charlotte Chimes) and they discuss the merits of just acting and not overthinking, which plays right into his dilemma. He decides he needs to take his own advice and heads off to take down his attackers himself.