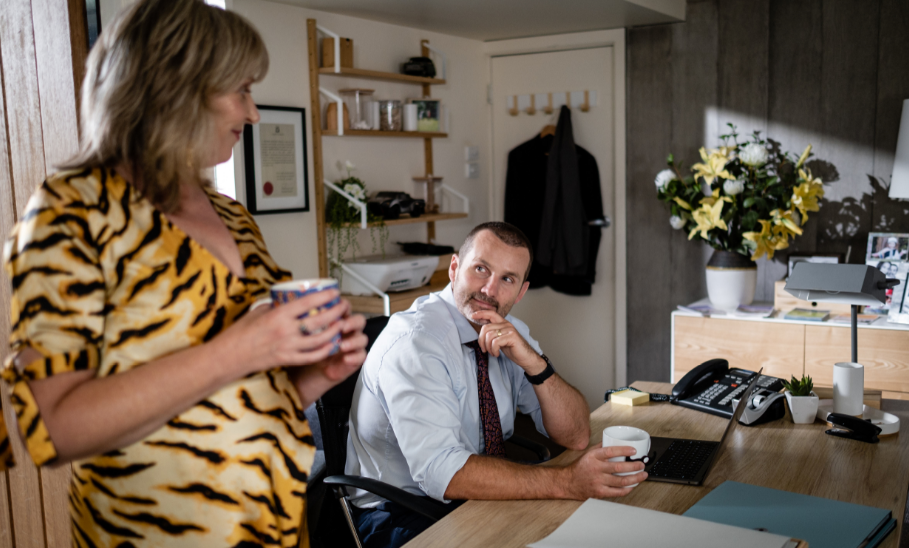 Toadie (Ryan Moloney) and Melanie (Lucinda Cowden) have been enjoying their naughty little secret for weeks in Neighbours, the thrill of the risk has kept things spicey. But their secret is about to be blown, and neither of them will be prepared for the cost of their revelation.

Toadie and Melanie’s romance is blossoming and it’s super cute. It’s the first time Toadie has really let his guard down since Sonya. After sneaking around their office, they’re ready to share more than just a thrill and to come clean to those they love. But Toadie is still a bit hesitant. He’s worried they’ll spoil a good thing and they’ll lose their magic by coming clean. He is so in his own head he risks dampening their special moment.

But a heart to heart with his new girlfriend proves to him that they’re strong and ready for this next step. It’s a biggie, but it’s the right move to make, and it’s their news to give. Sadly, someone else beats them to the punch, and it’s has huge consequences.

Just as they’re preparing to shout their love from the rooftops Toadie receives the bad news – they have been dumped from the huge Carmelo case. Somehow, Toadie and Melanie’s relationship has got back to them and it’s been deemed totally inappropriate.

This is a huge blow for Toadie and his business, but who would be so vindictive? They think it must be a scorned Angela Lane behind it, but they’re in for a shock when they find out who the culprit truly is. Could Mackenzie have let slip about her boss’s antics? Could it be Paul, who desperately wanted rid of Melanie when she first arrived? Or has Toadie made another enemy along the way?